Born in Rubble - 009 by QuetzaDrake 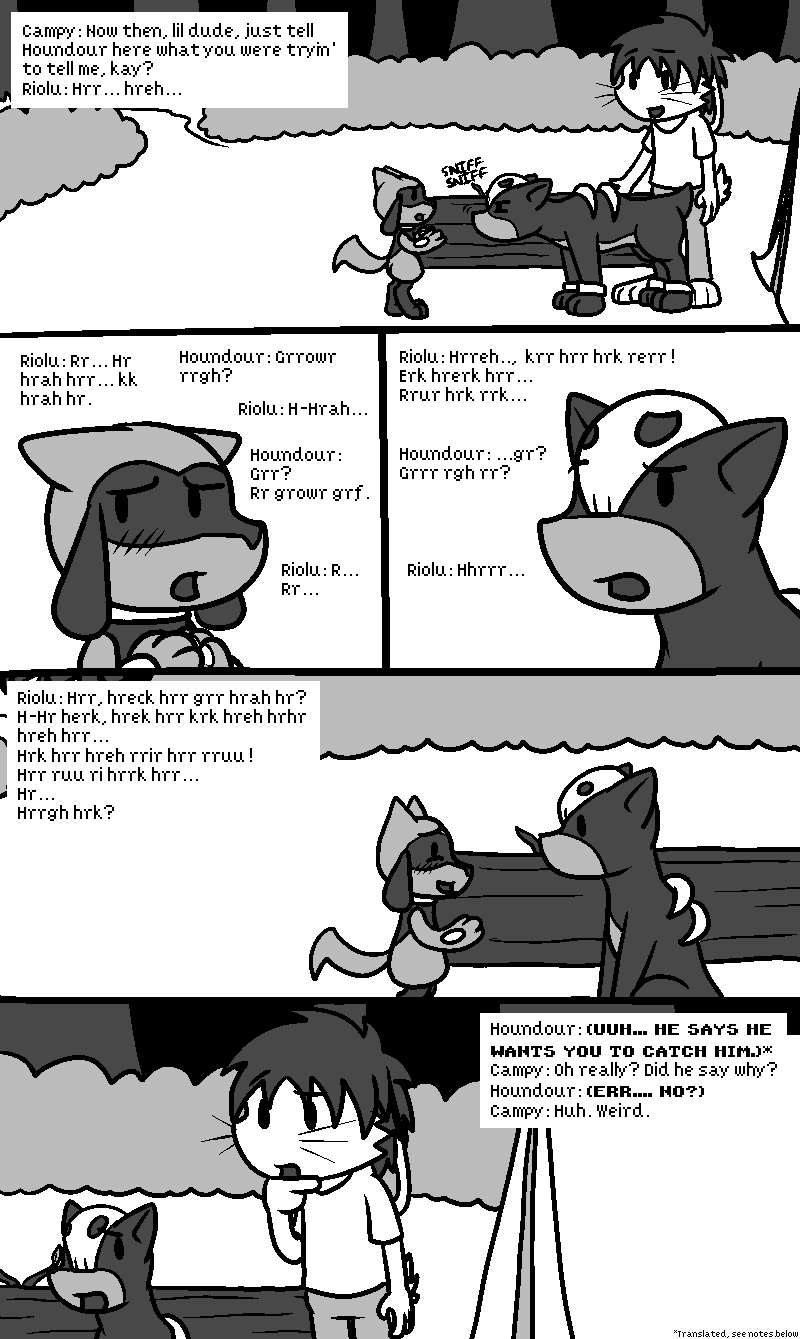 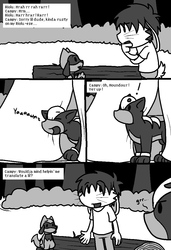 It uses different kinds of cries for communicating with others of its kind and for pursuing its prey. -Gold Pokedex Entry on Houndour

Again, the non-Pokemon-names-as-their-cries things makes this kind of scene kinda weird to read as text rather than hear out loud. As for Houndour being able to talk to Campy, that's from the above Pokedex entry, which I've sorta molded into a Houndour's special cries being an actual sorta language shared by the species. Thus, to anyone else, Houndour just sounds like he's barking weird. The font is also from that Earthbound font pack.