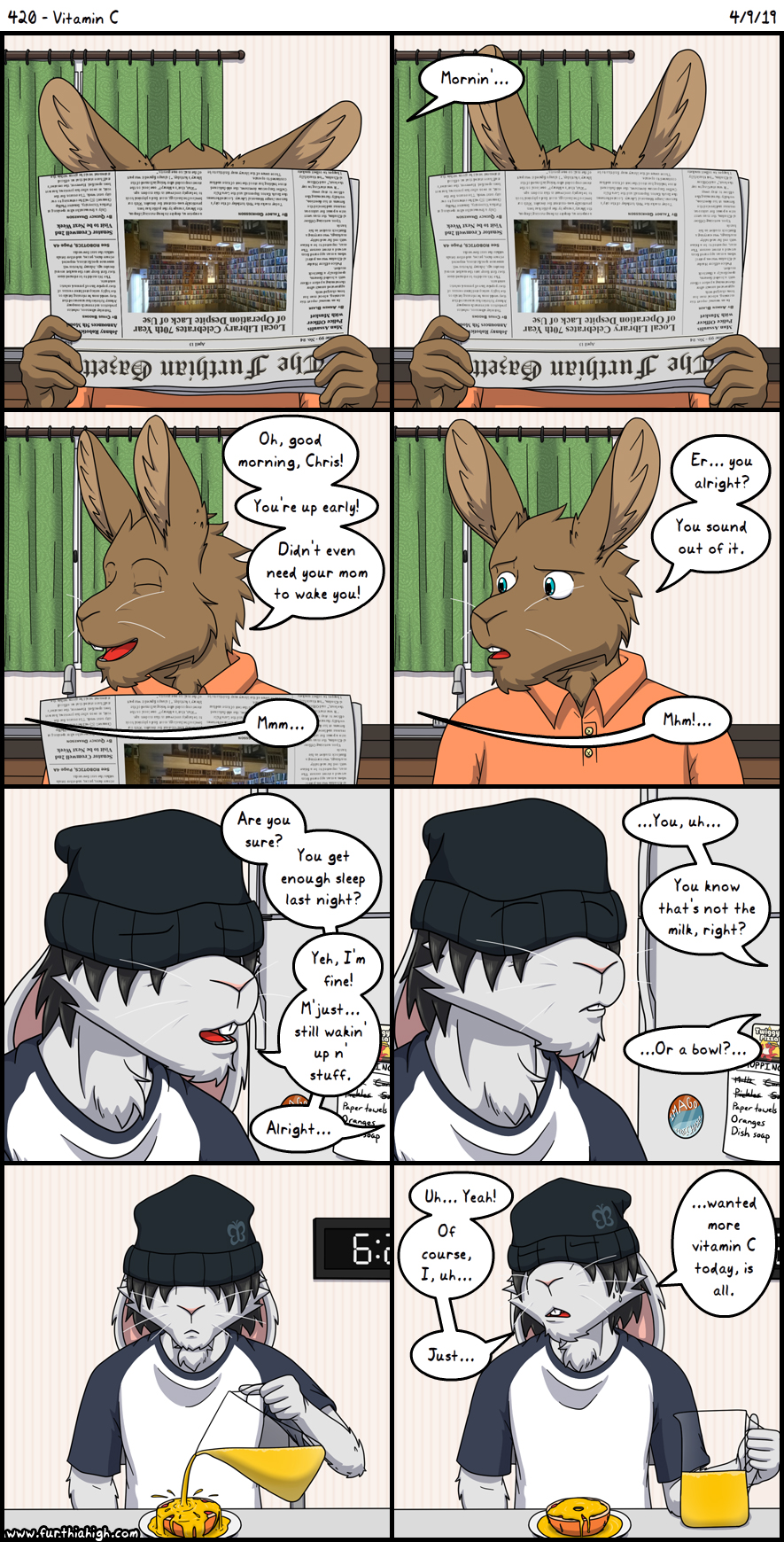 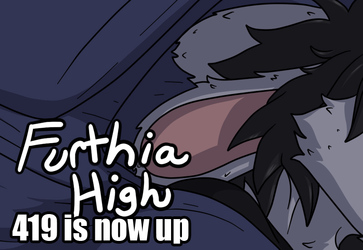 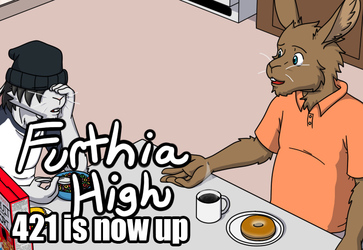 Not a single weed joke, what the hell.

Also might I trouble you to consider looking into and possibly pledging to the Furthia High Patreon? Funding has unfortunately dipped below $30/week due to some bigger patrons having to bow out for various personal reasons, which is fairly worrying and stressful on my end. Donating to the Patreon not only helps support me, but by doing so, you get the additional bonus of things like written scripts for Furthia High pages far, far in advance of the actual drawn comic's pace (in fact, you can read scripts for pages on there up to almost the very end of this current story arc of Campy's that's only just started in drawn form right now!), as well as behind the scenes information about the comic with each update: stuff like the process of writing and drawing each story arc and page, the logic behind stuff like storylines, character developments, dialogue choices, secret facts and references about the overall story, characters, comic universe, all kinds of neat exclusive extra things!

Even a $1 pledge would be appreciated, or letting other people who might be interested know as well. And of course I would understand if you're unable to for whatever reason, this isn't a paywall or necessary obligation for you to sacrifice your own money or anything. But yeah, would really appreciate at least a look if you're able, even just getting it to $50 would be more than enough for my heart, thanks. n.n;