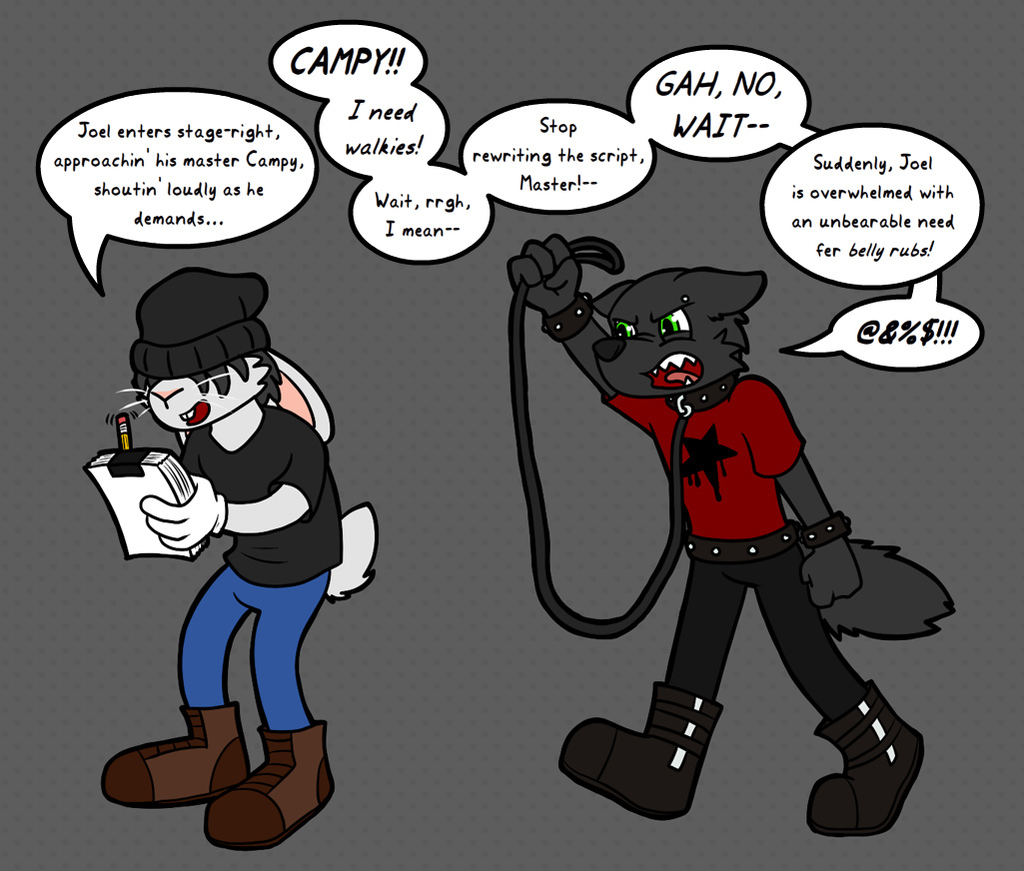 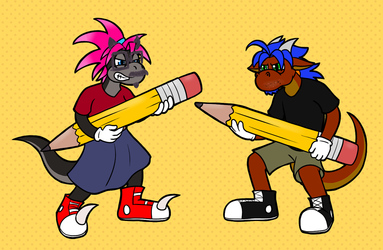 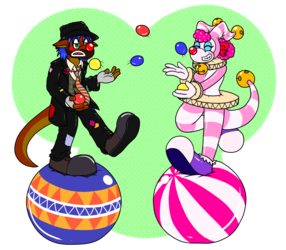 Fourth and final of four quick 2018 Christmas gifts for

immelmann, all done in the toon style that she started having fun with this past year. I originally only planned to do the first three pictures, but as I was drawing them, I was using various pictures Rebecca had drawn as references for her toon style. Joel (and Matt) featured in some of them, and the idea of drawing Joel and Campy together in the style became pretty appealing, eventually turning into this spin on the toon manipulation gimmick from the third picture and various other media by having Campy, a writer rather than an artist, rewrite the script of the cartoon/world to make Joel do things. Makes me realize there's a lot of potential in both the Doodlebob giant-pencil gag and this script rewriting bit in terms of naughtier escapades, but for now just a cute and relatively more innocent time for these two.