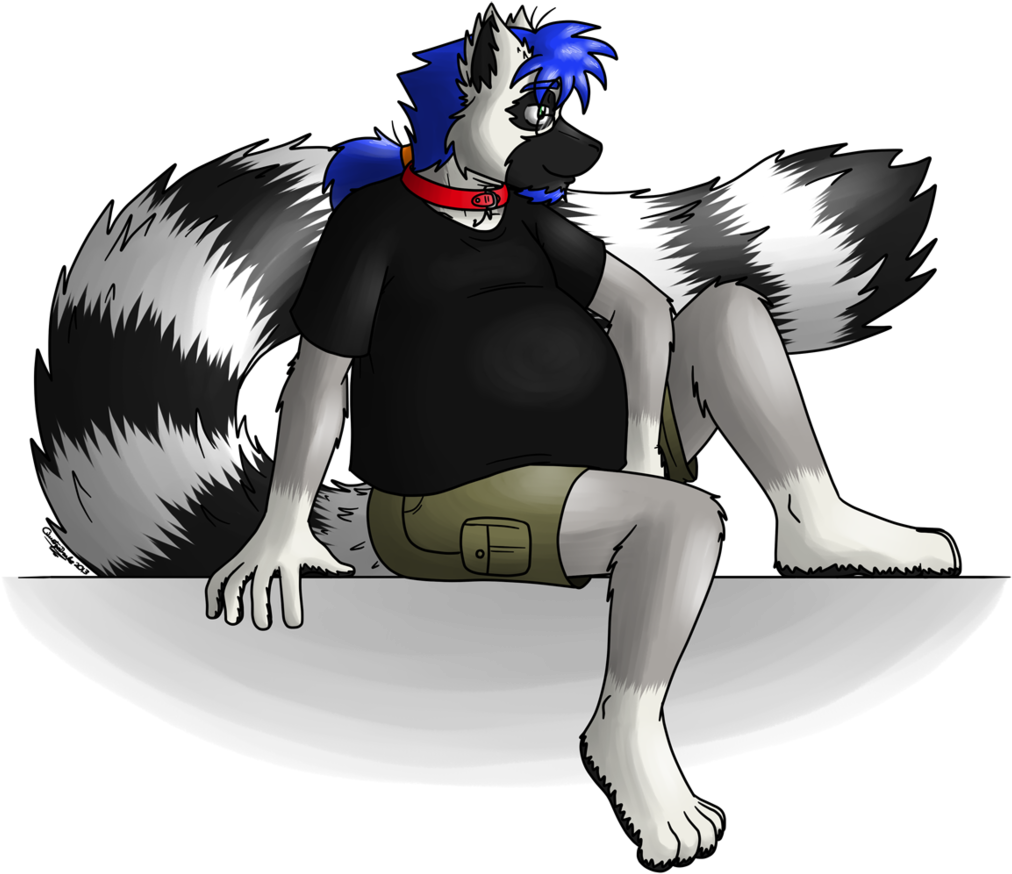 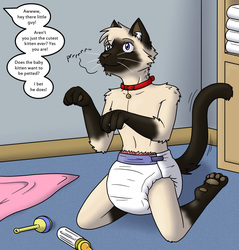 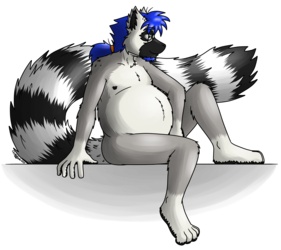 Hey, it's my rarely-seen ringtailed lemur altsona who I haven't actually drawn in years and hasn't been drawn by anyone in almost a year. Big belly, huge tail, that's what he's all about.

This was another drawing I started during my sadness times on Valentine's Day, but only finished today. Now, if there's one thing I really wish I could do well, it's painty-shading type stuff, but it's just one of those things I've never been able to grasp, and every single tutorial for digital painting just goes "now paint on this layer!" like it's some intrinsic thing. So whatever, I took the opportunity to try making up a new shading method and this resulted. I guess it's okay enough to try refining, maybe, who knows.