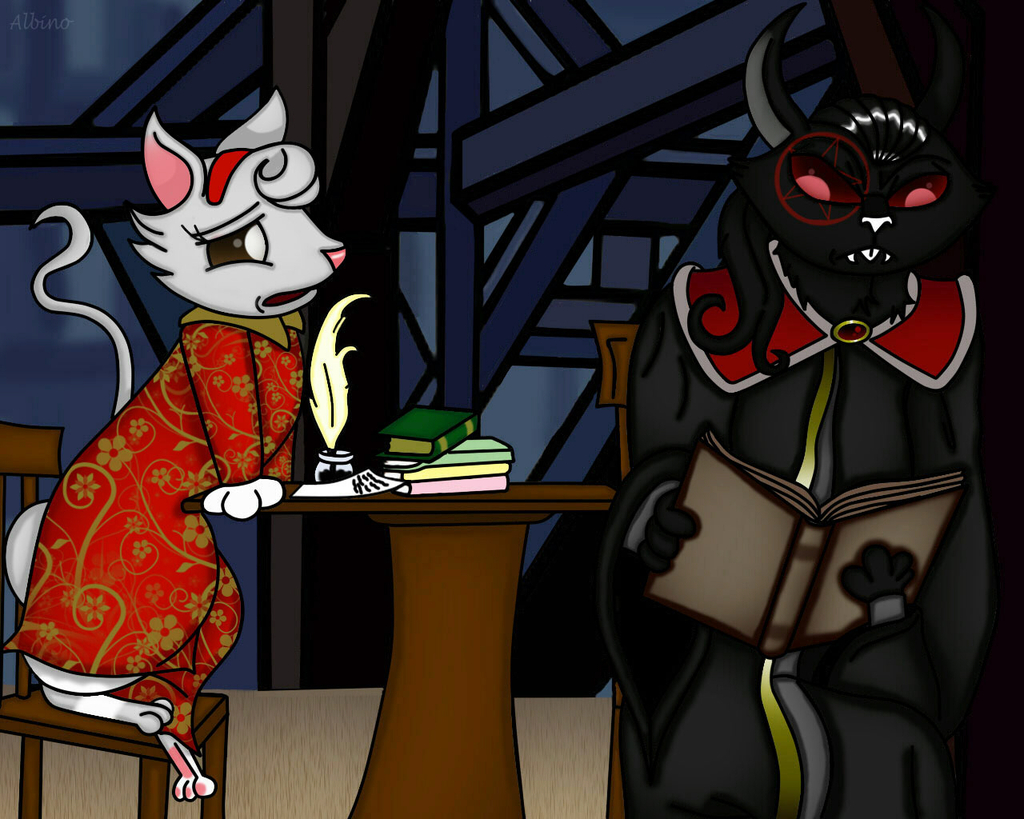 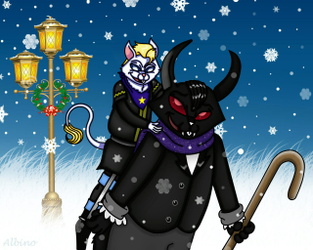 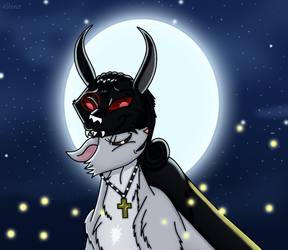 Gervais is a Vampire who came from Transylvania he is very cruel to Bijou. He refuses to allow the Saint any happiness or freedom by keeping her locked up in Notre Dame, forces the girl to call him "master", and allows her to be humiliated in public without even bothering to help her, as punishment for disobeying him. He also shows no love or compassion towards his sons Pyro & Gabriel (except for bringing him food), and only uses his son's & Bijou as tools for his personal gain. As such, he only allowed Bijou & His son's to live out of fear for there eternal soul rather than out of genuine guilt after he unjustly (though, to his discharge, half unwillingly) kills Bijou's parents in there house. He also seems to be somewhat down-to-earth despite his vampireness, believing that pigeons cannot talk and attempt to get Bijou to believe this as well and making fun of her for believing it could:

Gervais first encountered Bijous as a baby, after he killed her parents For the murder, he had to take Bijou and raise Her as his own. Gervais genuinely poses as an intimidating, yet oddly influential, father figure, for the next twenty years. However, when Bijou is twenty years old, Gervais allows her to be tortured after she attempts to sneak out of the church for which
she is forbidden to leave. He is also enraged when Bijou spends more time with Pyro.

Gervais commits many crimes in the in the story

though no matter how badly she was punished for fault Bijou highly respected Gervais & always found it in her heart to forgive his cruel nature she could see in him at times Bijou strived to please him & do right by him. as Gervais stubborn streak was never lightly amused. Bijou was often scolded for negligence & disobedience. even as a child. She was forbidden from dating , Going outside to play with her friends was a privilidge not a right. a privilidge that bijou in terms would have to earn. By doing chores, keeping up her studies & following the set of rules & order her master had set for her. Disobeying these terms met with grimm consequences. Gervais would lock Bijou in her bedroom, ban her from going to church mass. Gervais even used Rape as a form of discipline when Bijou was older. However, doing right by Gervais met with special treats to carnivals. circuses & other festives of her masters choice.

preparing breakfast for her beloved master & Guardian Gervais. This was a daily schedule her master constructed into her since she was a child. A drowsy Bijou yawned sitting down at the tabe for a quick rest she was worn from her hard morning of chores & still half sleepy from the early morning tasks. Bijou layed her gentle head upon folded arms at the table she only partially displayed for Gervais. She layed down for a small nap . Yet this was a foolish choice- As, no matter what tried to awaken her Bijou was in a dead sleep after moments. Missing the bells That welcomed in the new day. The sounds echoed through the bell -tower, irritating but at the same comforting. Gervais entered through the door of the mices dinning area , dressed in midnight black. Cloack & robes that draped to the floor meeting his feet. his emotions twitched perceptively downward in tractability as he approached the sleeping Bijou.

" Oh Master" a startled Bijou peered up at the dark figure of a intimidating looking Gerbil like herself towering above her. his ears curved like horns of a demon & red star shaped markings scared his right eye. he sternly peered down at Bijou.

" Where's my breakfast.?" The Charcoal colored Gerbil demanded his icy eyes locked on Bijou . looking at her.

" Oh My" Bijou wiped the sleep from her eyes a blurry figure of Gervais quickly came into focus. as did the un fixed Dishes before her. She then peered up at Gervais.

" I must have fell asleep, I'm so sorry Master. I'll get on that breakfast now"

" That sounds like a good idea my dear. Chop chop Lets go. " Gervais clapped his hands in a rushing tone. as Bijou sprang from her seat in a hurry.

" yes master." Bijou came to Gervais side helping him into an empty chair from the table beside her. Gervais sat down his eyes on Bijou as the young teen scurried fixing for Gervais the perfect breakfast. A batch of cinnamon rolls toasts & smell of cooked eggs.

" Sigh, I should already be eating if you had been on time." Gervais gestured his eyes still on Bijou as she fixed him up a plate.

" it better not happen again. I expect to see my breakfast on this table when I wake up every morning. As for your chores.?"

" my chores are done as promised, master." Bijou assured corguly

" Good Girl, Good Girl" Gervais prodded Bijou. " Now sit with me & eat your breakfast mademoiselle. Then we'll get started on your lessons for today."

" My lessons!? but its Saturday I was wondering if I could go out & play with my friends today," Bijou asked abit nervously.

" Thats for me to decide,! Your education is more important then friends. Friends will not get you through life Knowledge will" Gervais answered as the two ate there breakfast.

" My Dear Bijou try to understand when your heartless parents abandoned you as a baby, any other vampire would have killed you." "And this is the thanks I get for taking you in & raising you as my child.