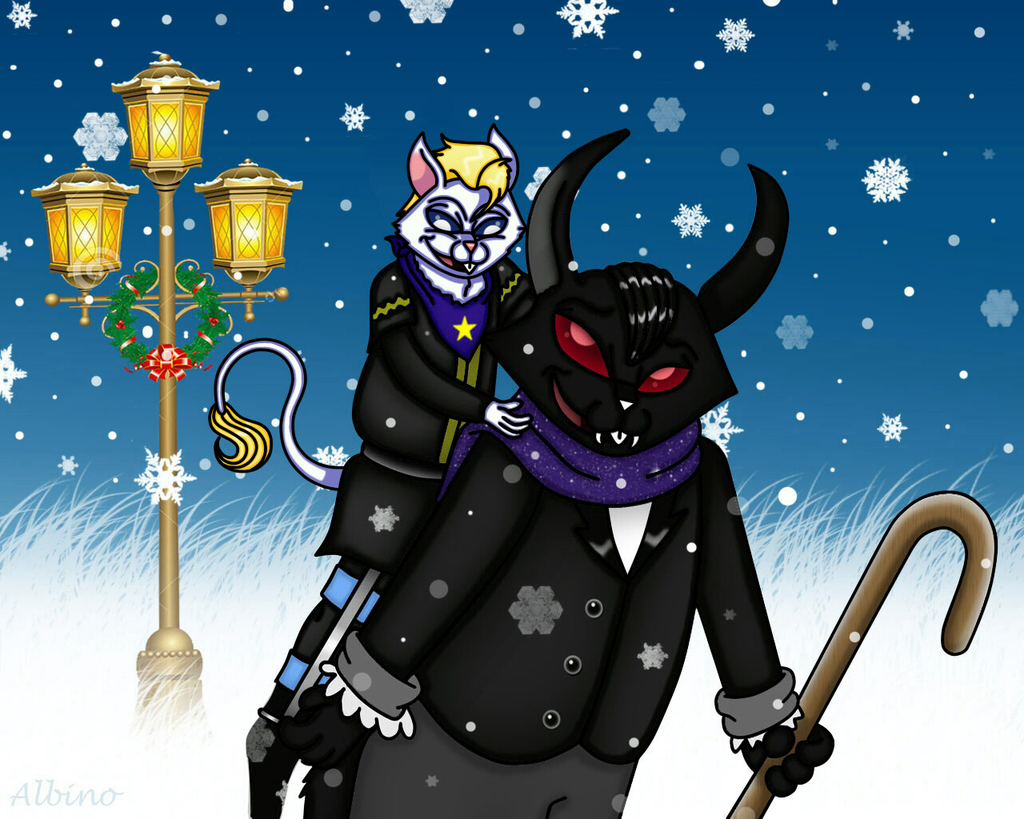 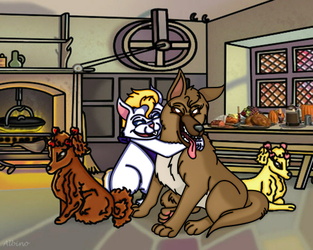 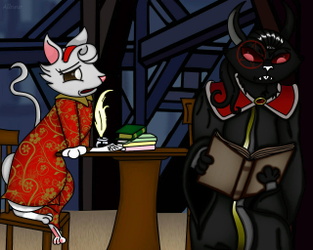 PRINCE ADOLF, is the oldest son of Chilla & Cain , Adolf is a sickly little Boy Crippled with Polio. Adolf carrys crutches when walking, and also has difficulty breathing, as well because of his Polio. Adolf has a tendency to break into a coughing fit when too excited. while Chilla & Cain love their boy dearly, his situation is nonetheless a burden on the family.Due to how The Economy in La-la Land treats the Disabled. Further representative of this burden is Adolf's crippled condition. For all of his ailments,Little Adolf remains cheerful, optimistic, and loving, and enjoys long walks on his father's shoulder.

Everyone in his family do what they can do to help Little Addie survive.
Although his spirit is robust, Adolf's life expectancy is questionable. His crutch's and iron frame support his frail body, but more support is needed for Adolf if he is to survive. crippled and frail, Adolf seems doomed to an early death unless There are Improvements In The Kingdoms Economy. When Pyro is shown a vision of the future in which prince Adolf dies, he is shaken from his grumpy ways and takes it upon himself to become a "second father" to Adolf and pay for the boy's Operation. Adolf's plight plays a major role in the eventual reformation of the French Vampire Pyro.

PYRO Want to race the other kids down the icy slopes.?

PYRO * stares at The metal braces on Adolf's legs with pity*

PYRO: Climb on my back then will race to the slopes together

ADOLF: * Climbs Up Pyro's Back with Assistance from Pyro.*

PYRO: Slides down the icy slide

Adolf's plight reforms Pyro who begins a relationship with little Adolf.
I can't wait to see the relationship between these two later