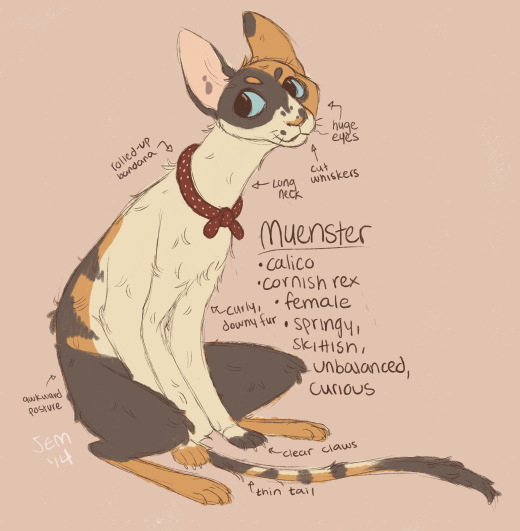 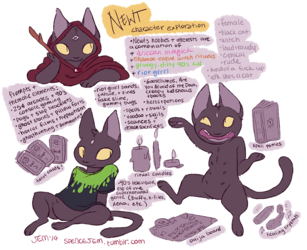 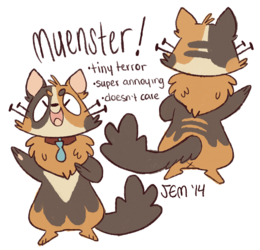 Some personal work, for once! Just a character I was playing with a few days ago. Tent and I were brainstorming catsonas. I love calicos because they're 1. like 93% female or something, and 2. they're pretty, duh. I thought one would suit me just because I have a mixture of orange and dark brown freckles, I have dark brown eyes and auburn hair, and the only two colours my tattoos are in are black and red, so I'm all about the dark brown/black and ginger mixture. I picked a cornish rex because they have gigantic eyes. Also apparently they smell like cheese? Which is why her name is Muenster.

She's also kind of meant to replace an older character I had, which was a calico longhair named Anja that wore the same rolled-up bandana on her neck. I haven't used her in forever and I figured having two calico cat characters would be kind of silly.

I also designed one for Tent that is named Colby-Jack (Or CJ) and she's a ruddy Abyssinian, but I haven't drawn more than a doodle of her yet.