Don't Feed The Animals by quaggy 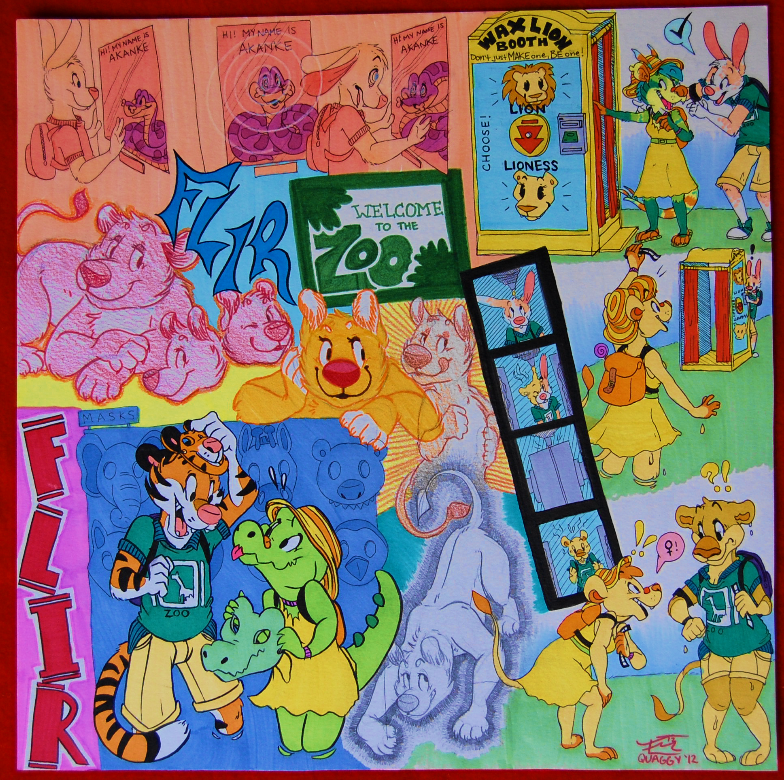 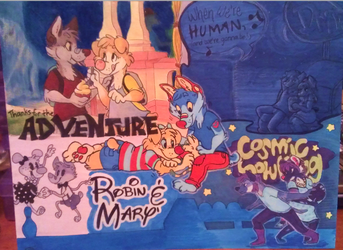 The pinkish image series across the top is Flir being hypnotized through the glass by Akanke, my hypnotic python character. The far right series is of Alaska and Flir going through a booth that makes you into a wax lion! (Like the little ones you can get at a zoo!) Alaska goes through first and becomes a lioness, then Flir goes through and forgets to change it to male lion!!

The bottom left is an image of Flir and Alaska trying on some animal masks in the zoo gift shop and being turned into those animals! I couldn't resist either a crocodile-Alaska OR a tiger-Flir, so it had to be done. Then I scattered a couple of sketches of Flir as a lioness ("Flioness") because I wanted to explore a solidified design for her, haha.