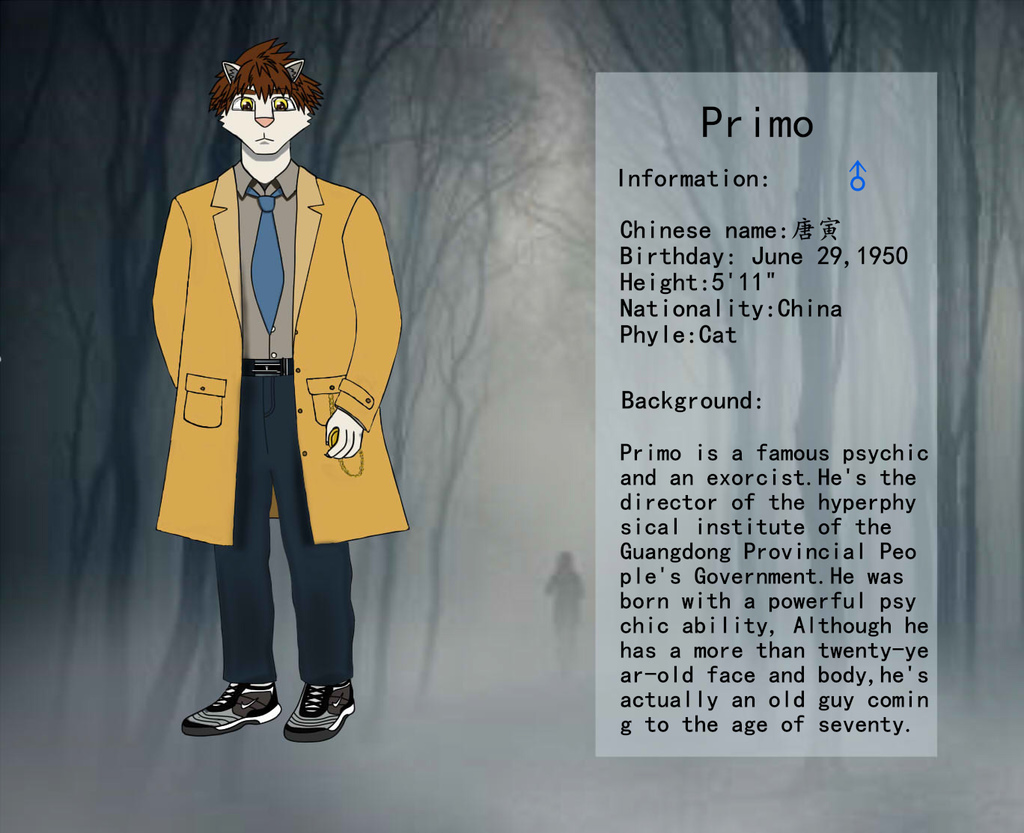 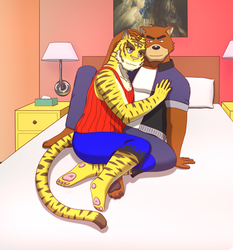 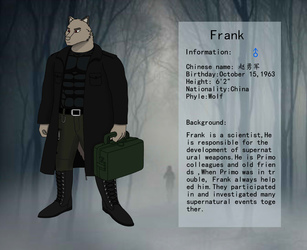 Primo, who was born in China in 1950, is a therianthropy of the white cat race.
Shortly after his birth, Primo's parents discovered that he had a strong psychic talent and attracted some evil spirits who wanted to capture the soul of Primo.
In order to protect the life of Primo, his parents invited the wizard to implementation the spell at home and gave him a talisman.

However, the good times are not long. In 1967, because of an accident, Primo accidentally exposed his psychic ability, attracted the evil spirits, causing chaos in the village. Primo’s message of psychic ability was uploaded throughout the village, panicking people. They think that Primo will bring misfortune to the village.

At this time, China was in the special historical period of the "Cultural Revolution." Soon, Primo and his family were ill-treated by the villagers and the Red Guards.
Primo's parents couldn't bear the pain. Finally, his parents suicide , and his parents soul were captured by the evil spirits.

Primo never imagined that his psychic abilities would make him fall into a miserable situation, which made him completely desperate. In order to take refuge, Primo escaped to the grandmother's house, the only one who was willing to take him, and survived the hard years.

In the 1978 college entrance examination, Primo was admitted to Peking University to study physics. During his postgraduate studies, a professor of supernatural sciences invited Plymo to work in the 749 organization. As a result, Primo began to engage in supernatural research.

At the same time, Primo is still inquiring about the whereabouts of his younger brother, and in the process of investigating the supernatural events, Primo also faintly noticed that the evil spirit that killed his parents did not disappear.It quietly accompanying him in Primo's life, the reason is because the ultimate goal of this evil spirit is to capture the soul of Primo.

In order to change his fate, Primo began to participate in the investigation of the occult event with the identity of the exorcist, and was always ready to fight the evil spirit who wanted to seize his soul......

Of course, Primo is not alone in battle, and there are many partners who work with him to face the evil forces in the supernatural forces.

Can Primo get rid of his fate?

What secrets are there in the supernatural forces in those mysterious events?

In order to uncover everything behind this,

A supernatural adventure is about to begin!