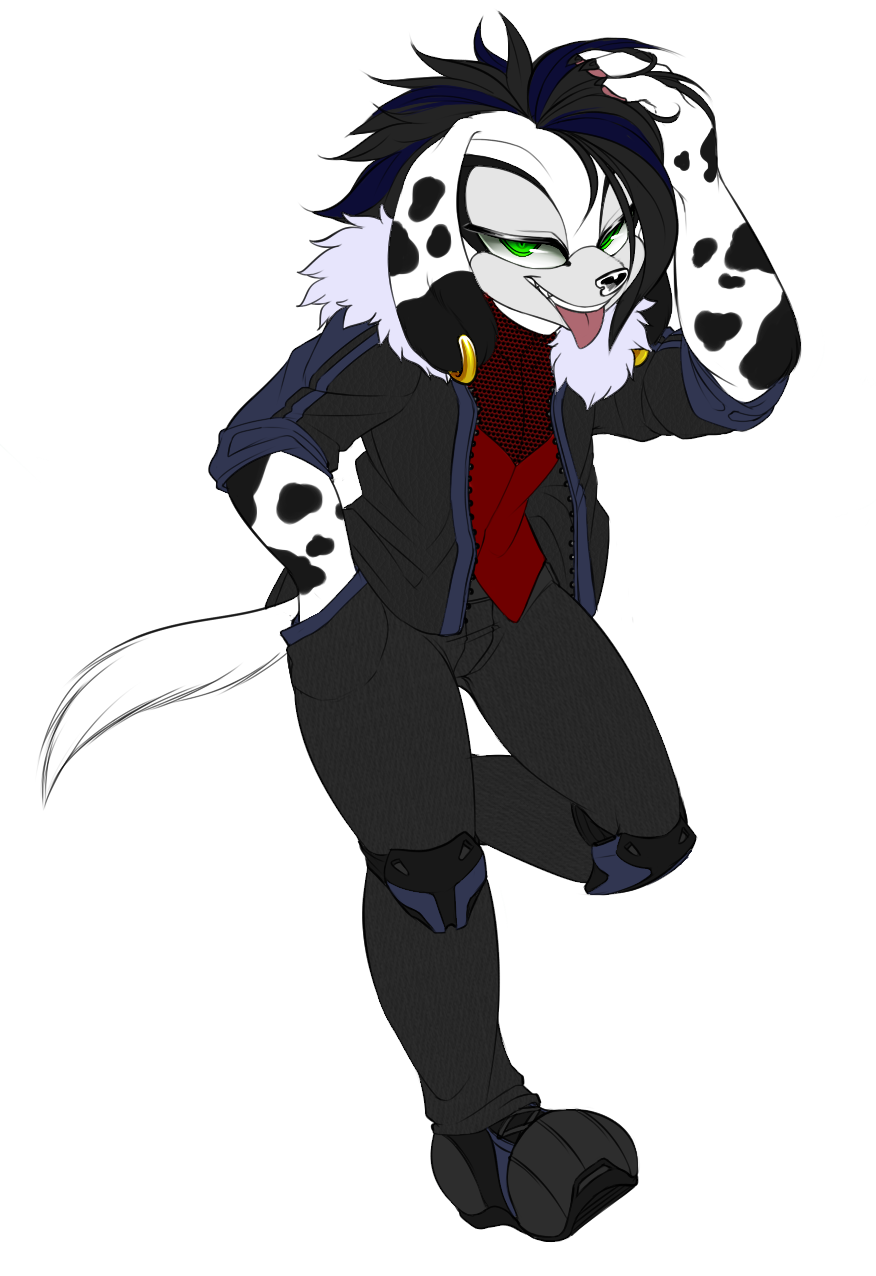 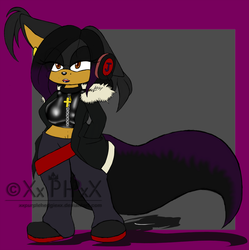 A commission i got from xxG.U.Nxx who also colored it and im still like screaming. omfghessofuckinghot. Anyway heres his Bio to know more about him. Enjoy his Completely New Look~ <3

Drew has a thing for his friend Jen. He cares about her a lot and he would do anything to protect her from harm. This has been a thing with him ever since he became friends with her. A girl who never judged anybody for who or whatever they were. She treated them how she herself would like to be treated. As a normal mobian.

Growing up Drew was bullied and teased for being a vampire. A creature despised by many. His family constantly moved to get away from it all. So now after what seems like forever they finally moved to a nice neighborhood. Where none would know who or what they were. Drew had a hard time controlling his thirst for blood growing up. His mom would find him in his room in the corner during the evenings hugging himself trying to fight it off. So they gave him a ring that ran through there family for many generations. A blood ring. Once the user puts it on their thirst is gone in an instant. The ring itself hold blood that satisfies the users thirst. Drew wore that ring everyday even when he went to elementary. One Day Drew was picked on by 8th graders and one of them took the ring he wore. Drew feared for the worse as he started to feel the hunger slowly return but thanks to the teachers near by they stopped the bullies and gave him back his ring. Some saw what happened but left it alone others who saw something different about Drew started calling him names, like freak, monster all sorts of things. Everyday since then Drew would sit by himself with his back against the wall hugging his legs crying until one day a girl came over to him to get the ball that rolled over to him and sat next to him. Others told her to stay away from him but she didn't know why since she was new to school. She asks him if hes ok and tells her to go away and leave him along. The girl pouts and drops the ball on his head and holds it when it bounces back up. Drew hold his head and looks up at her yelling at her “Why did you do that?!” the girl looks down and sees that he was crying and sits next to him. “why are you crying?” Drew looked at her then looks away. “if I told you then you too will call me a freak and run away” The girl looked at him confused “My mom always told me to never judge a piece of a chocolate by its color…or is it book by its cover..I forget ^^; Drew looked at her and started to laugh “your weird” he said. the girl smiles too “See I got you to smile…so whats wrong?” Drew looked down and sighed “Everyone calls be a freak cause I’m a….I’m a vampire. He shuts his eyes ready for whats to come the girl just started at him in silence for a moment then gasps “You are? Really?! That’s soo cool!” Drew lift's his head up in shock and looks at her “R-really?” She nods giggling “Yea! vampires are so cool which makes you super cool” Drew kinda just blushed and looks away the girl smiles at him “Hi I’m Jen wanna be best friends?” Drew looks back at her in surprise “You want to…with m-me?” Jen smiles showing her two front teeth were missing “Yep!” Drew smiles “m-my name is Drew. Lets be best friends forever Jen yells in glee and hug him. Drew tenses up a bit from the hug but hugs her back.

Years have past since then and Drew treasures his friendship with Jen more than anything since she is all he has left in the world ever since his parents were killed by hunters when he was 15. He considers himself her bodyguard ever since he nearly lost her in their college years to a failed experiment by one of her former friends. He loves her and loves to toy with her and calls her pet names, his most favorite is Mistress. He loves seeing how she reacts to that word and the fact that shes shorter than him its even funnier when she tries to claw at him. He smokes but its not a constant thing, it helps calms him or in his case "I look sexy when i do this" Jen hates it that he smokes but can't really do much about. Drew still wears the ring after all these years but he has better control over his thirst for blood now than he did when he was little. He also tends to fear Jen when she remembers what they did if he has her forget. He nearly died once from that. “Kitty maybe be small and innocent but she sure as hell has a wicked side to her”