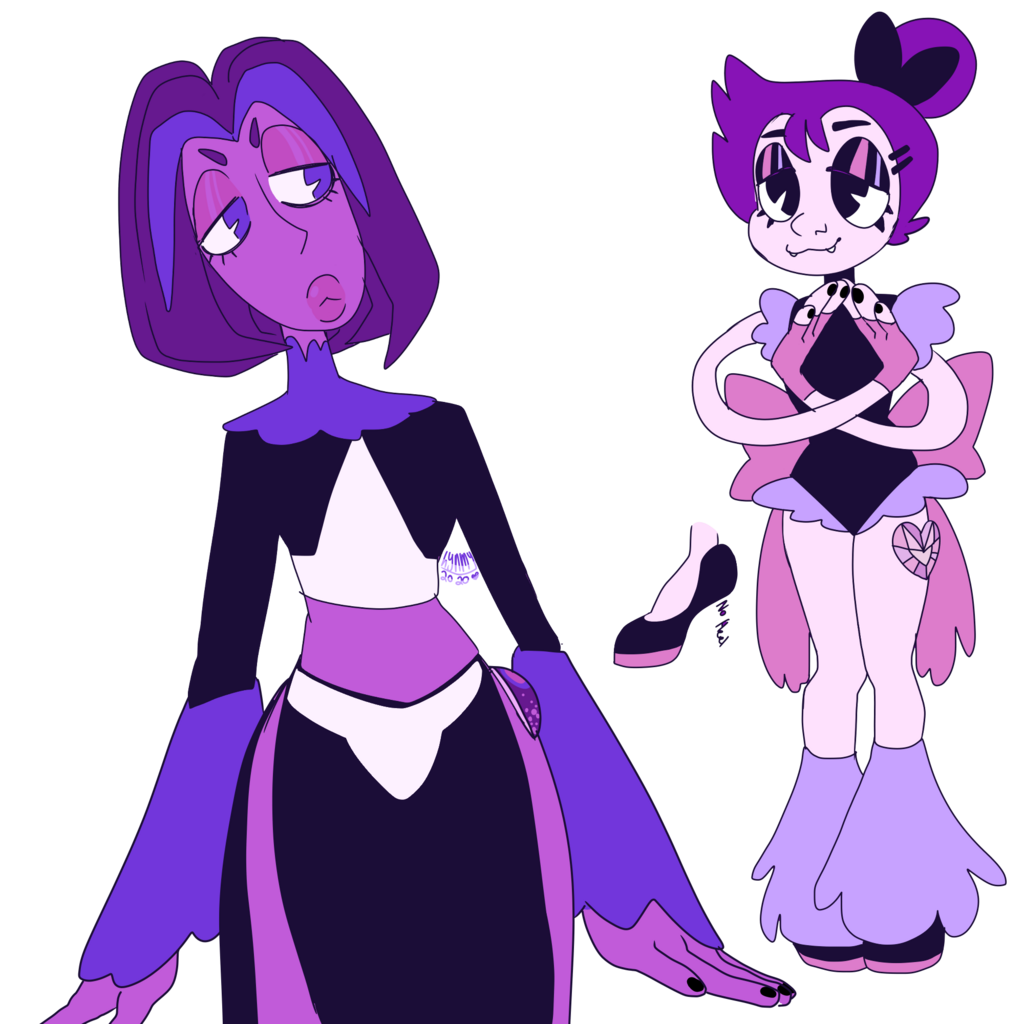 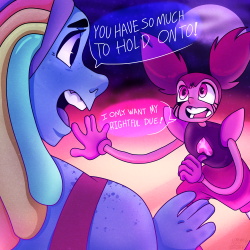 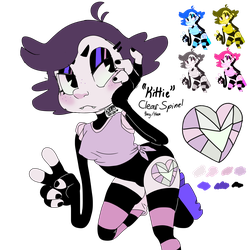 So my original gem oc was a #spinel ,, I had headcannoned spinels to be gem executioners for homeworld and were a high status symbol of power to own , and my sona wasn't just any spinel she was a clear spinel , she is an empath , she reflected those around her and was prone to moodswings and constant grief over her occupation until she was able to escape homeworld on the crystal gems accidental shattering of her owner a royal opal who reflected many shades , she ran and viewed the crystal gems as murderers . She bore a war hammer axe duo and her backstory is definetly going to be rooted in her updated version , here's her old art for reference , her blade was deemed Day of Justice and was used to break a gems physical form and her hammer Honor in Duty was used to shatter .
_______________________________________

Check out my portfolio and prices here - https://hynmyart.weebly.com/
All halloween themed commisions are half off this month !