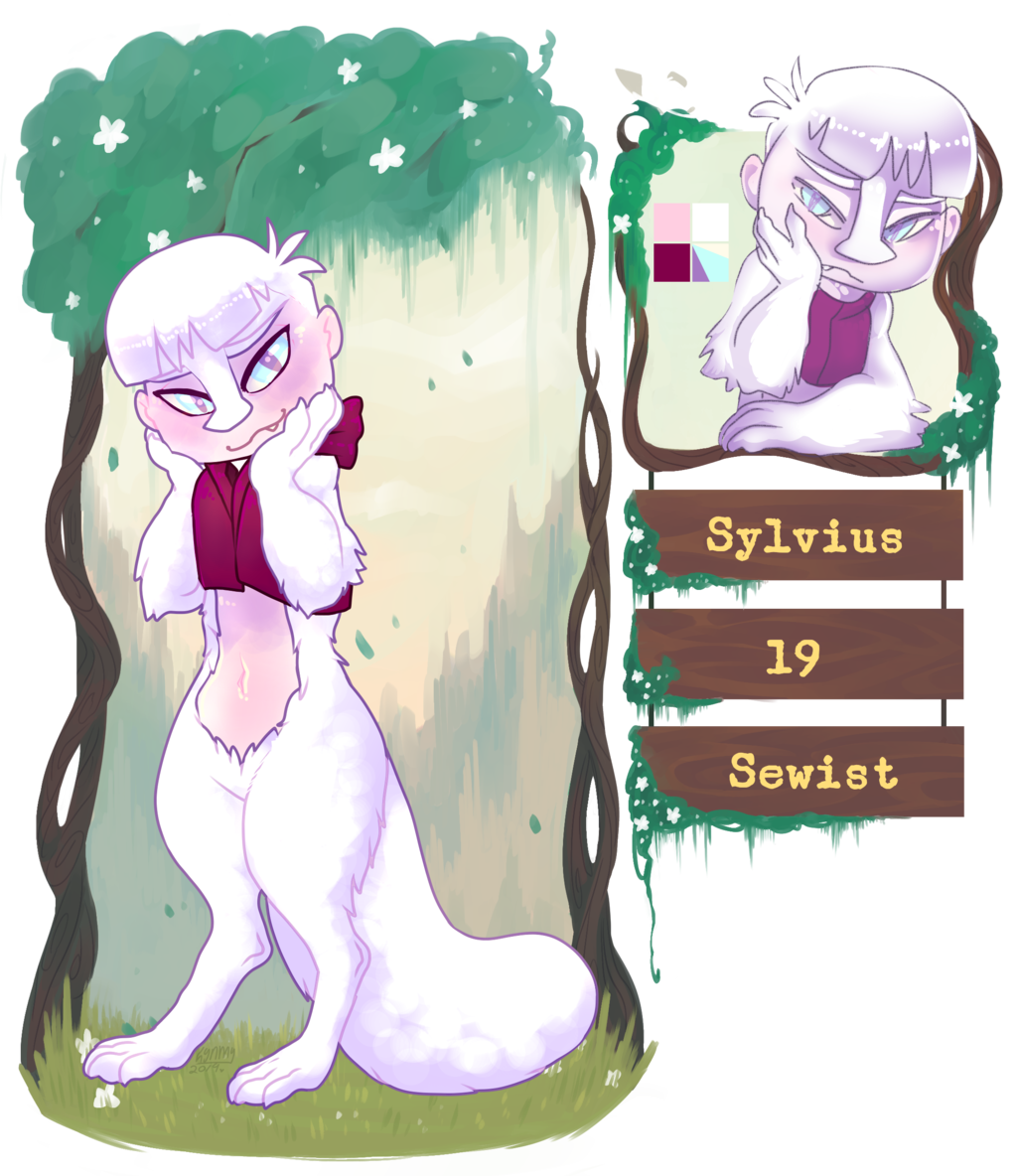 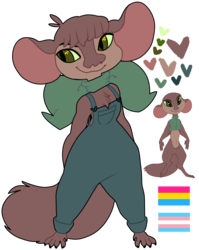 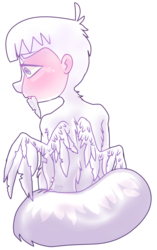 "Everyone leaves if given enough time ."

Sewist - A combination of the words seweer , and artist , he sews

everything from toys to suits and enjoys hand painting his creations .

He's a practicioner of wichcraft and takes his craft very seriously . He has a notebook filled with his studies that he keeps inside his vest at all times . He's pretty secritive about his studies but occasionally it seems as if he " appears " in places randomly . Speculation aside he's confused quite a few people by leaving a room and suddenly being being back in the room without a sound , Or anyone noticing his re entry however this may be due to how small he is .

Sylvius is a small powerhouse of anxiety and emotions . He doesn't like small spaces and loud noises . He seems on edge or bashful most of the time . He can be abrasive and quick to judge . And although he may be abrasive and defnsive he is very sweet once you push past his gaurd . He never seems to give up and despite being delicate emotionally he is very sturdy physically . He is known to sleep in trees and on many occasions fall from them . He loves sewing for others and dispite hating himself he finds it hard to hate anyone else .

Sylvius's parents were a Mumrik and an Owlfolk , his mother the owl folk left when he was very young and he was singled out to a father who had always felt tied down by him . After his mother left his father would have him bind and hide his young wings he'd inherited from his mother , they reminded him too much of her . Every day he'd pluck their feathers one by one as they emerged to keep his faher happy . They continued to sleep in trees and to move from town to town . Unlike other mumrkiks his fur was mixed with soft downy from his mothers side . Over the years however as soon as he was old enough to hunt bugs and mice for himself his father dissapeared . The wings that should have kept him warm he plucked out of habbit and he had to find a new way to keep warm , that was when he learnt how to sew . Over the years he used anthing he could to create and sew intracite designs . Over the years he had to alter his outfit so it could fit him after his growth spurts . Over time his wings began to feather and he slowly began to pluck them less and less . He still felt however that they were something to be ashamed of and to this day he hides them inside his small hoodie , keeping them wrapped around his chest tightly hidden from sight , and regularly pulcking his longest feathers to keep them hidden , and to use in his creations . He slowly began selling his wares and learnt of witchcraft from some migrating owlfolk and threw himself headfirst into it . He lives in trees and stays on the outskirts of towns to keep himself from getting too close to anyone at the risk of being left again .