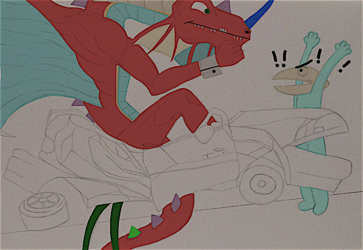 http://joshuamancino.deviantart.com is the Master/Friend of Puphf, who is/was sometimes featured on his channel, and who owns this account. All the characters featured on this channel belong to him.
.
.
. . . And here's Puphf's Charahub Profile! http://charahub.com/character/196770/Kuloraki-Ekallabon-Puphfgust-Mancino
.
.
. . . Puphf & Friends' Facebook: https://www.facebook.com/pages/Kuloraki-Puphfgust-PUPHF-Friends/1467354550250690?fref=nf
.
.
. . . Wormymermnerm's very own Facebook!: https://www.facebook.com/Mr-Wormymermnerm-TheWorm-408529332627750/timeline?ref=page_internalnerm-TheWorm/408529332627750?sk=photos_stream&tab=photos
.
.
. . . Puphf isn't very artsy...! Puphf & Friends' Tumblr: http://puphfisnotveryartsyy.tumblr.com
.
.
. . . Puphf & Friends' Insta, just 'cause: https://www.instagram.com/kuloraki.p/
.
.
. . . The Nermieeee's Insta: https://www.instagram.com/mr.wormymermnermtheworm/
.
.
. . . Are you following the Nermy? Wormymermnerm's Twitter!:https://twitter.com/followthenermy
.
.
. . . Intro: http://kuloraki-p.deviantart.com/journal/An-Introduction-To-PUPHF-FRIENDS-539933725
.
.
. . . Short: Puphf is: absent minded, somewhat stubborn, steadfast, oblivious, FORGETFUL, idiotic, indecisive, free spirited, mischievous, trouble maker, blank-minded, steadfast, and an IDIOT.
.
.
. . . Long: Puphf doesn't like to be told what to do. He has a vigorous sense for excitement, though not in a keen way, and rockets through people's houses, flying straight through them like a canon ball. He loves to lay in the neighbors beds and scare them when they get home, loves cookies, girls, and his friend, Bobby. He is free spirited, forgetful, and overall an idiot, but will stand up for those he cares about, and, if someone he care's about is seriously threatened you better watch out. Puphf's main food staple is old ladies, and he snacks on canadians, and gets himself into more trouble than Josh, his master, can keep up with. An idiot, though someone who loves his friend, Bobby Jones, dearly, Puphf is an overall loyal Dragon who will never betray those he loves, but'll do almost anything for a chocolate chip cookie. Also, Puphf is multi-demenchional and exists as millions of scattered duplicates in just about every galaxy. He's dominate over the other multi-dimensional thousands (The dominate form living in a little land known as The Otherlands, under guardianship by Terry, and company), and, along with the given ability to summon anywhere from one, to thousands of these duplicates at will, whenever his heart stops beating, and/or his brain shuts down (death, or anything resembling death, even, in some cases, periods of deep, rem sleep) he, naturally, in apart of his body's natural preparation for death, mimics cell division, and divides a genetically identical self––the 'new' self referred to as a 'Daughter Vessel Puphf' or a 'Bio-Poof'––the newly birthed self possessing the fresh bodily functions of that of a newborn, and this 'Daughter Poof' carries on the vitality and life of the near-death, or 'supposed near death' Puphf from which it divided from. This process––known as 'Poof-Division'––typically occurs along with the final movement of the bowls (the release of the bowls), though the divided self can morph/expel from any other given point (or organ) in the body, including the mouth, and/or any other openings, and is, to say it bluntly, usually peed out. Hence why Puphf can't be killed unless there is absolutely NO trace of them left, and, even then he will birth from Josh, being as how Josh (me) birthed him into a new life through love by breaking a curse that held him in youth with a powerful grief, and dolor that morphed him into the dragon he is today (either that of he became a new life form that was changed into powerful monsters by his grief (seeing as how he were the an avenger who remained from the royal family) or descended directly from the Dragons (Though dragon heritage is only known in suppositions) there's a ton of theories floating around). In synopsis, when Puphf is dying, he multiplies by releasing an identical division of himself. This process can be interrupted if death occurs faster than the rate at which his cells are able to divide (cells compose the entire makeup of the body), though, mostly, this happens really fast. Puphf loves his family–the ones he knows, and dearly loves–and his best-est-friend even more. 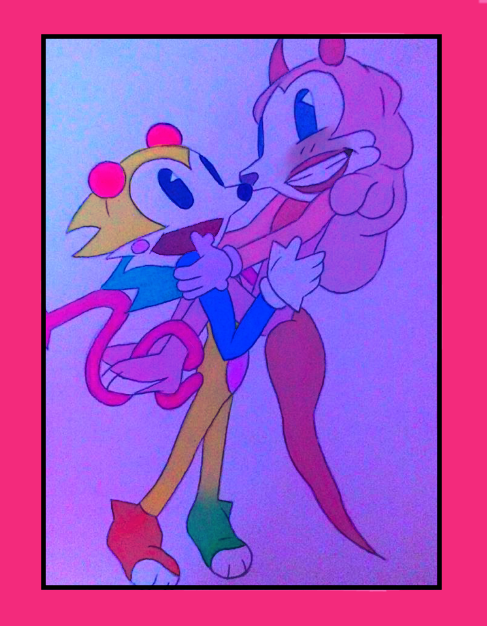 "Hee, hee, hee, hee, hee!" runs out a convenience store with bags of stolen malt balls spilling from his graspe "These balls of malty splendor shall forthcoming enter the skull vacuum of my face hole, for now they are MINE!! I conquered!!" ~Xycore

"Hey! Get back here with those! You twit!! Awwwe, noo!" ~Store Employee

tosses defibrillators over his shoulder after hitting Puphf with them, upon having shocked himself back alive after falling from a heart attack by Puphf "You--!? Puphf? Or are you the other one?" frustrated/nervous tone surges back and dramatically (again) dies "Aaaaahh" ~Store Employee

shocks store employee, who falls back and dies, suddenly, with defibrillators "Heeheeheeheeheeheehee!" bursts into idiotic laughter "Dat was my cousin!! I gonna go get doese malt balls back for you, 'cause he's a poo!" ~Puphf

jumps to a running start "Heehee!! Doe worry, I gonn' get dem back!!" morphs into dragon form, spreads his wings, and soars off after Xycore, into the horizon ~Puphf