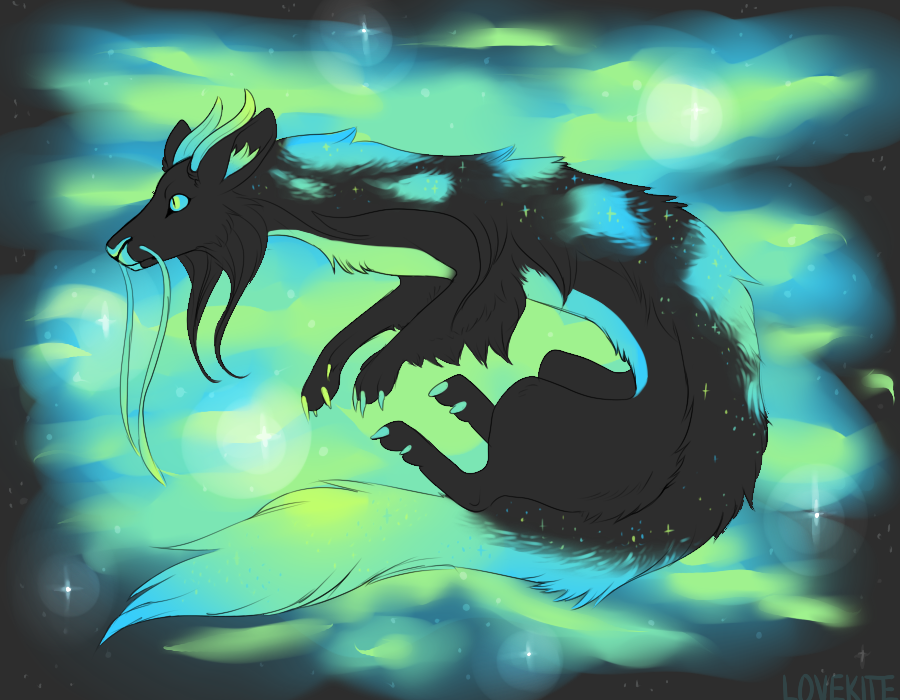 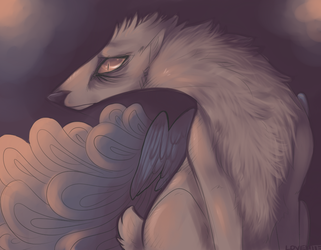 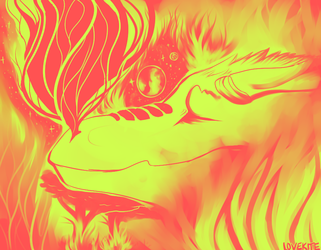 here's hoping for no theft. i love this guy, i worked really hard on him, he is an EXTREMELY personal character to me and i would be devastated if he was ripped off

"Cosmos is said to be a cosmos dragon, of which there is only one in existence ever at a time. He flies around in space, opening explosive rifts in the universe with his own energy. These rifts produce vast nebulas that are mixed colors of light green and blue. The hair that runs from his neck to the tip of his tail has patches of residue of these gaseous and dusty nebulas he has created, that have permanently become a part of his fur. The residue patches are constantly active and moving about, looking as if they had minds of their own. Being the only of his kind, he is a solitary creature who loves space, determined to see every inch of all the planets and stars until he can no longer. When this day comes, he will create one last nebula as he dies - one that, this time, will produce his own offspring, a near clone, from the gas and dust and nearby stars, to continue his journey of exploration. It is said that his memories of the places explored are passed down to this offspring so that they may continue on exploring places that have not yet been seen. However, unknown to Cosmos and his child, his journey, like time itself, is endless - as the universe is constantly growing past comprehension."