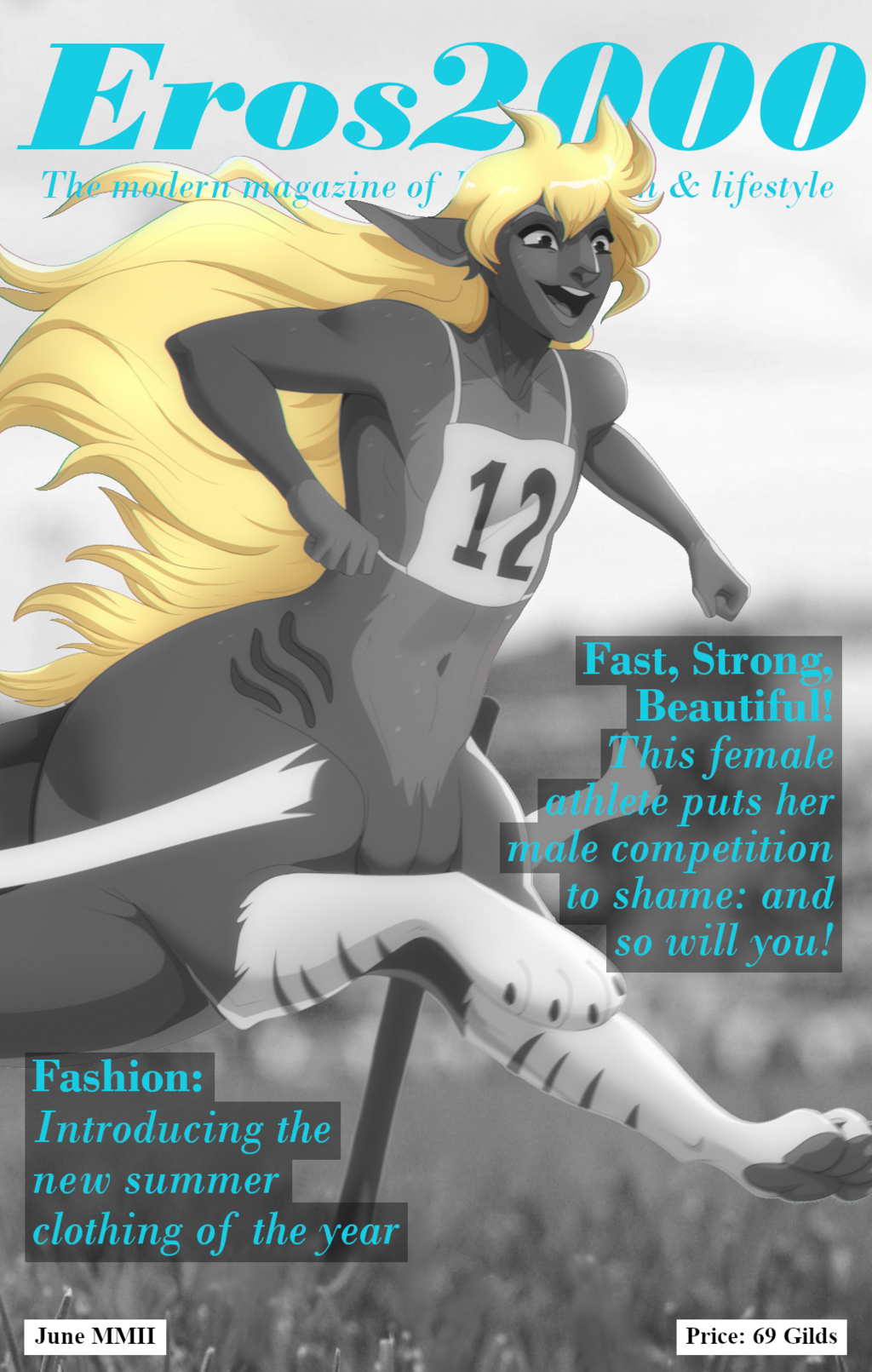 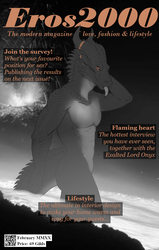 Eros2000 is a fictional monthly magazine existing within my head canon, sharing topics of fashion, lifestyle and most importantly, love!
Spreading love and beauty to all is it's main focus, and so unlike similar magazines, it is also full of erotic and sex-positive articles, with explicit interviews and photos of glamorous people regardless of gender or species.
This made it both revolutionary and scandalous amidst the general public, thus becoming one of the most known magazines out there in just a few years. Countless copies were distributed all over the world and the sales skyrocketed as they could appeal to any reader, shattering various taboos along the way.

~~ FAST, STRONG, BEAUTIFUL! ~~
Who said the fairer sex couldn’t also be strong? Enter exhibit 1: Ippolyta Demetriou, the Olympic female athlete who has demonstrated many times already her physical prowess and determination, here to inspire you!