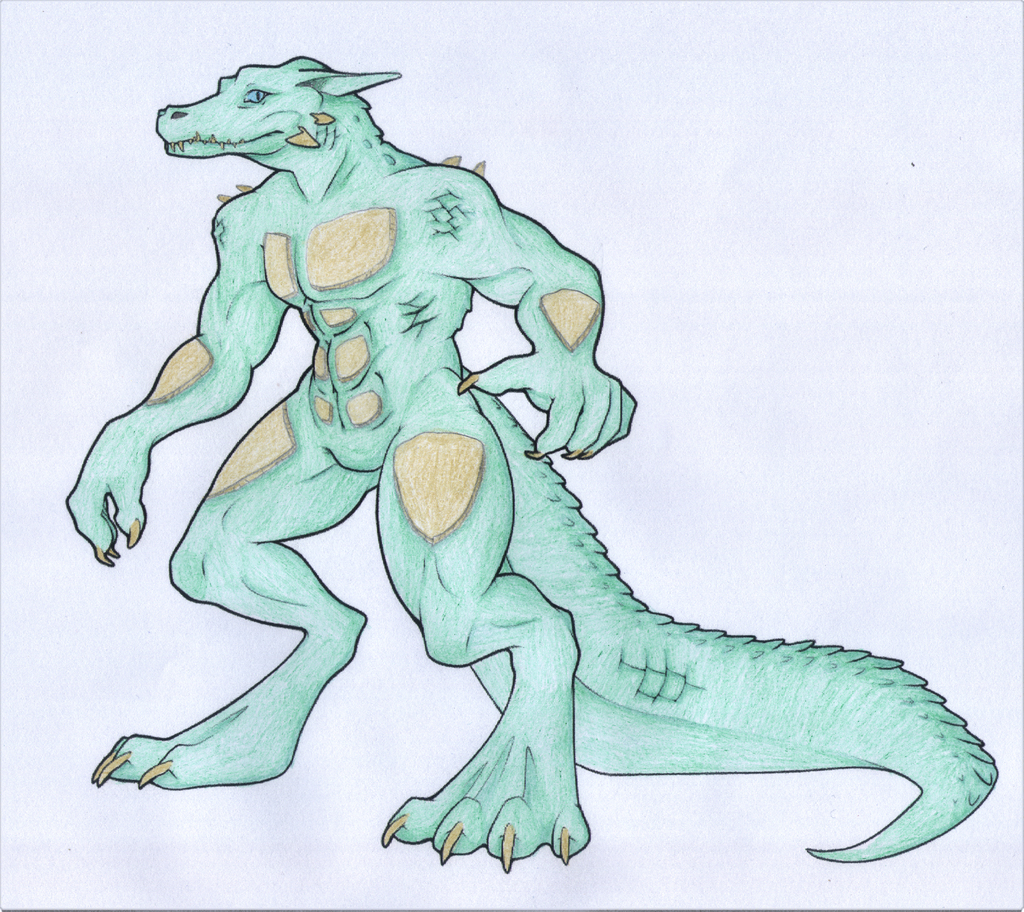 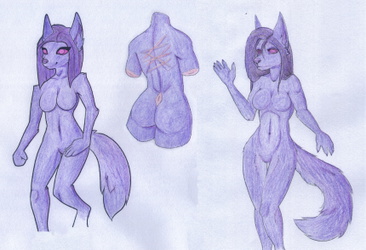 The Sobek-Spawns
Similarly to the Anubians, these creatures had also established a cult of their species in ancient times to live a life of privilege and prosperity among the humans; their leader would be known with the title of Sobek, while the others were considered "Sobek-spawns"... and as such they were also venerated as carriers of his divine powers.
Another thing the Sobek-spawns have in common with the Anubians, is the same trait of being a male-only species, thus requiring female "hosts" from other creatures. So much so that Sobek was known in his own cult to be a quite feral deity, mating with any creature at will, and being extremely voracious as well. Impregnated females usually give birth to 1-3 eggs after five months of gestation, from which little Sobek-spawns will eventually hatch. Then the little hatchlings will undergo a tremendously fast growth, going through puberty and then reaching adulthood in just 6 years on average, during which they are usually very aggressive and consume large amounts of food. The downside is that they have a lower lifespan compared to humans, usually not living more than 50 years.
Therefore, as long as people provided food offerings and young, fertile priestess joined the ranks of their cult, the Sobek-spawns were happy and would offer their protection to the humans; an invaluable aid, since the Sobek-spawns make for exceptional fighters. Not only their raw strength is greatly superior to that of an average man, but also have sharp claws, plus thick scales and hard bony plates that make their bodies hard to cut, puncture or be harmed in general. Additionally, while not magic users themselves, the Sobek-spawns seem to be naturally resistant to most magic powers somehow... which led to the belief of them being able to ward off evil influences or misfortune, attracting even more followers to their cult.
Nowadays the cult of Sobek is long gone, but the Sobek-spawns still exist in this world... although isolated and few in numbers.

Species lore, coloring and editing by me
Original linearts by Akuva