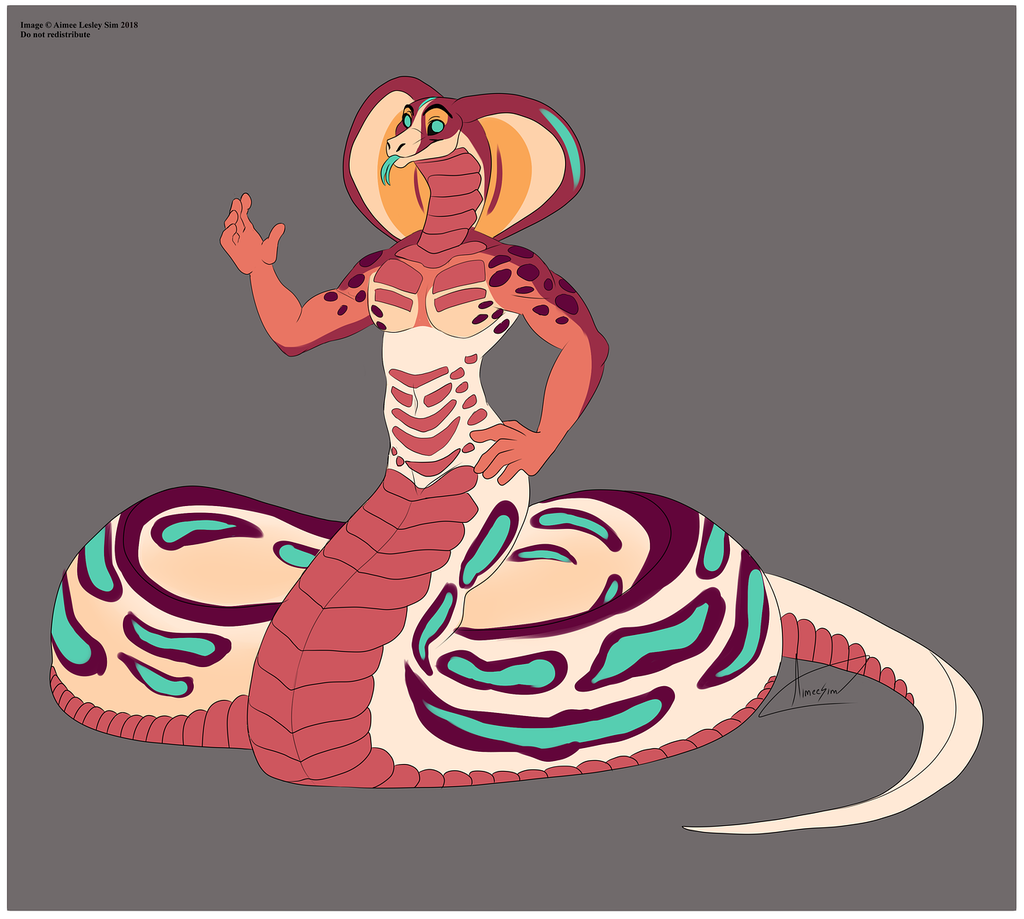 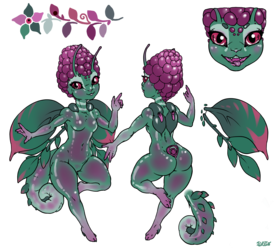 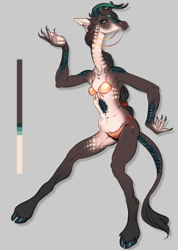 I love nagas, and so I couldn't resist getting another naga adopt XD also since I already had a female, it seemed nice to give her some company... :P
So he's in a love relationship with my other naga character, Nishta Manara.

Species info:
As it is for other common Enchanted Species, "Naga" is just one among other terms, like "Lamia", "Echidna" or "Nure-onna", used by humanity to refer to these snake-like people throughout history. They are nonetheless all one and the same race despite the variety in physical appearence and in color scheme of the scales; for instance the head can be adorned by a cobra-like hood, by multiple appendages similar to ophidian tails or nothing at all, while the snout can be pronounced, resembling a snake even more, or so short to give the naga a human-like face.

They are quite versatile in the use of magic as a species but tend to focus only on certain aspects of magic due to the influence of their family traditions, which dictate the basic education and training given to all of their members before adulthood; from there each individual is free to shape its own future but rarely it diverges too much from that of the other family members.

Finally, nagas are famous, or notorious, for their peculiar fangs that secrete a powerful substance known as "Naga Elixir" which isboth venomous and curative: in fact if it comes in contact with blood (usually by injection with a bite) it will quickly spread through the victim's body and bring death, but if it is instead injested, then the venom will be simply neutralized by the stomach acids, leaving a medicinal substance that is highly effective against viruses, bacterial infection and even poisons. Most surprisingly, the Naga Elixir is its own antidote.