Fabian the Capricorn by Prostapheresys 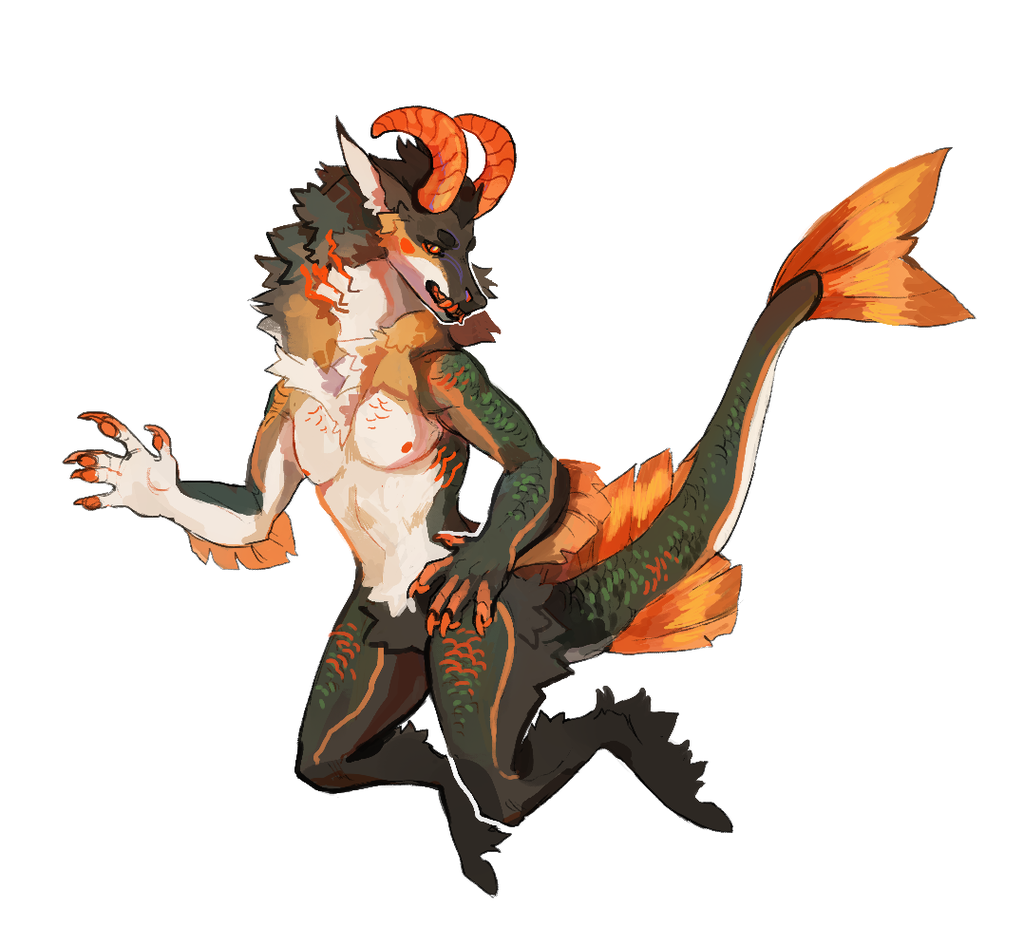 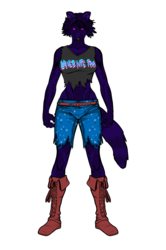 ... and here's another adopt I got last week, I just couldn't help myself :3
The nice thing about all these adopts is that they really stimulate my imagination as I try to come up with stories about them...

Character info:
Half a Satyr, Half a Nokken, yet neither one of them… that is the unfortunate life of many hybrids who struggle to identify themselves as someone or something, and Fabian is not the exception. Sure, he had always had a supportive mother at least and a wealthy family, but that is no guarantee of a happy life. Additionally, he always regretted the fact that he never got to know his father more since he passed away early in his childhood. His Glaistig mother, Glynne, kept telling him great stories about his father to comfort Fabian… how he was a great lover, his legendary heritage that identified his ancestors in a human woman who magically became a Nokken to follow her love for another Nokken… how he was already ill when Fabian was conceived and that it was his wish to have and see a child before his inevitable death… but it was only a temporary consolation.
There were moments when he would just let time flow, passively staring at his own life passing by… other times he would instead begin to journey from place to place without rest, desperately searching a distraction or trying to find purpose in his life. He leaved home as soon as he was of legal age for that reason, and after wandering through many landscapes, he began visiting underwater Countries to follow his aquatic nature. That’s when he met Okikri, the mermaid; a true blessing from fate since she just so happened to have quite a lot in common with him.
In short, he fell in love for the mermaid and decided to keep following her. He even accepted to become a servant for Kraikugree, Okikri’s father, to do so, despite the fact that Kraikugree doesn’t like his relationship with his daughter. And in a true twist of fate, serving Kraikugree eventually led Fabian back to his mother, who instead would happily approve their union.

Species info:
You would expect Capricorns to be their own species from their distinctive appearance but you would be wrong; they are in fact hybrid creatures. Children of Nokkens and Satyrs, they usually inherit gills and fins from their aquatic parents and horns and hooves from the latter.
Although the birth of such hybrids it’s an uncommon event, it is typical of Enchanted creatures to be able to generate them thanks to their intrinsic magical nature; non-magical beings are just biologically incompatible otherwise. This capability is generally not transferred into the off-springs though, as most of them are sterile even if proficient in magic and the few that aren’t can’t give birth to more hybrids; fertile Capricorns for example could procreate only with either Nokkens or Satyrs and the child would be a Nokken or another Satyr respectively.
If there are enough recorded cases of cross-breeding through history, sometimes such hybrids will get an identifying “species” name, which is why Capricorns get to be called like that and not something like “Half-Satyr” or “Half-Nokken”. Some other notable examples of this are Dryads (Faery + Human), Angels (Human + Seraphim) and Trolls (Jotunn + Gnome).