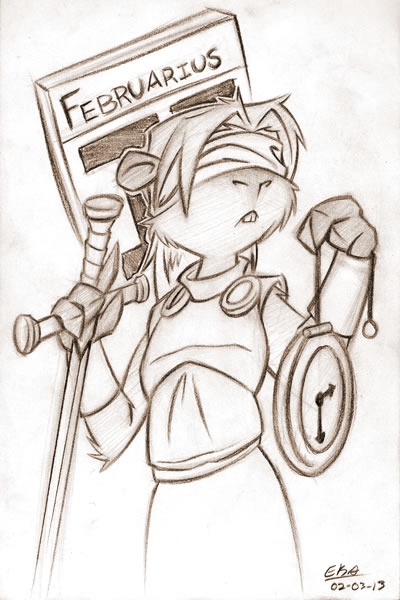 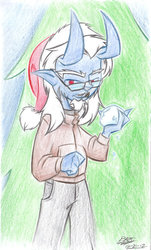 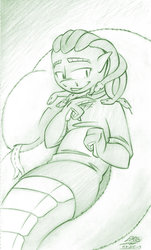 I actually drew this on the morning of the second. Got caught up in stuff and finished it up early this morning. = )

It started out as just a want to draw a groundhog girl. Then I found myself on Wikipedia and an article about ‘Lady Justice’ caught my eye. So yeah… a groundhog girl dressed like Justice with a clock instead of scales. Figured “Time” would be a better thing for her to preside over than “Justice”. Both may be relative but I’d rather not entertain the idea of a critter seeing it shadow deciding my fate in a court of law. = P