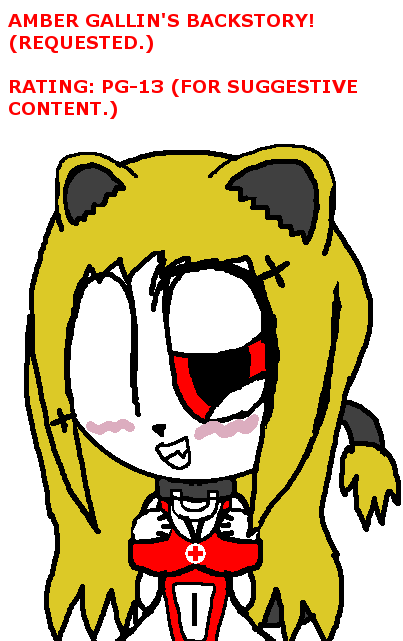 (FAIR WARNING; it's PG-13 rated, for some suggestive content. However, it is nothing dirty, and it's simply about showing that you never know what could happen, with true love, involved.)

In the midst of a slow day, Atrie Swift, a friendly, yet transgender man, had recently been evicted out of his house, after it was condemned. In addition, he was fired from his last job.

He recently began to meet up, with his childhood pal, "Digger Gallin", of whom is not transgender, but had always been a good friend, to him. At a beach.

Digger: "Good. How about you?"

Artie: "Well, my friend, not good. I got fired from my last job, in addition, I'm homeless; got evicted from my house, after it got condemned."

Artie: "I don't know why I'm saying it, but...do you have anything, so I can permanently transform myself?"

Digger: points "There's a nearby machine, over there."

Artie: "Thanks; it should be just a minute!"

It's not long, before Artie himself, began to use the last of his money, a $100 bill, to use the machine, and have it permanently transform him, into a female anthro lioness...as his true form, at least!

She was white colored. In addition, she had red eyes, and long golden hair. She was also shorter...at the height of 4'9. Her bust size, was now DDD. Thing was, her clothes fell off, as a side effect.

Luckily however, she had "doll nudity", as an advantage.

Artie: the voice sounds different "Oh; thanks!" she looks at Digger, and begins to have romantic feelings, for him... "Um...I know it sounds sudden, but...could you help me get some new clothes, at least? I'm willing to be your wife, if you do!"

The two of them were now engaged, and a couple. While Artie herself, was in the dressing room, she tried on a red cross monokini swimsuit. She soon walks out of the dressing room, to show Digger. While of course, wearing a new collar, that she bought, first.

Artie: she blushes "I'm thinking, that I like this particular swimsuit, best. How about you?" She shows the front and back, where from the back, it can more easily be seen, as a thong one-piece swimsuit.

Artie: she giggles "Thanks!"

Meanwhile, during a nice dinner, outdoors...where Artie was STILL wearing her new swimsuit....

Digger: "So, you want to change your life, huh?"

Artie: "Yeah; I had been a BIG jerk, in my past. Being a cheapskate, not even supporting charities, and I forgot what it means to be a friend, since I've been away, from my childhood friends."

Artie: "Not to mention, that I was fired, for bad business calls, at a mobile service office building."

Artie: "And oddly enough, I began to think about you, as soon as I transformed...you looked even more...handsome, than I remember."

Hours later, right after a nice dinner, is when a friendly old priest, agreed to wed the two, for free. And even had special documents, so Artie would have her name changed, once she was wed.

The couple in love, were wearing their swimwear, when they were wed with a simple cerimony; just the two of them. Where the priest provided the rings for them to put on, as they wed, and became husband and wife. Where Arite was re-named to "Amber Gallin".

After the pastor left, Digger & Amber began to spend the ENTIRE day, having martial bliss, at the beach...on a slow day, where NO ONE else, was around this beach area. And even began to camp, at the beach.

On the next morning, a friend agreed to re-wash Amber's swimsuit, before she and Digger, were to apply, for a special job.

The two of them willingly chose to become mascots, for the American Red Cross company, where they would generously help others, in need. (Amber would most often be seen wearing swimsuits, in places where it was hot, and often cuddled, with Digger...including at times, where the two had a fashion shoot.)

A little backstory I decided to do, for "Amber Gallin", as a request; not much, really. (Requested, by "Feste-Fenris".

Just something quick that I did.

Will Amber transform into temporary alternate forms, in the future? Who knows?!? Only time will tell!