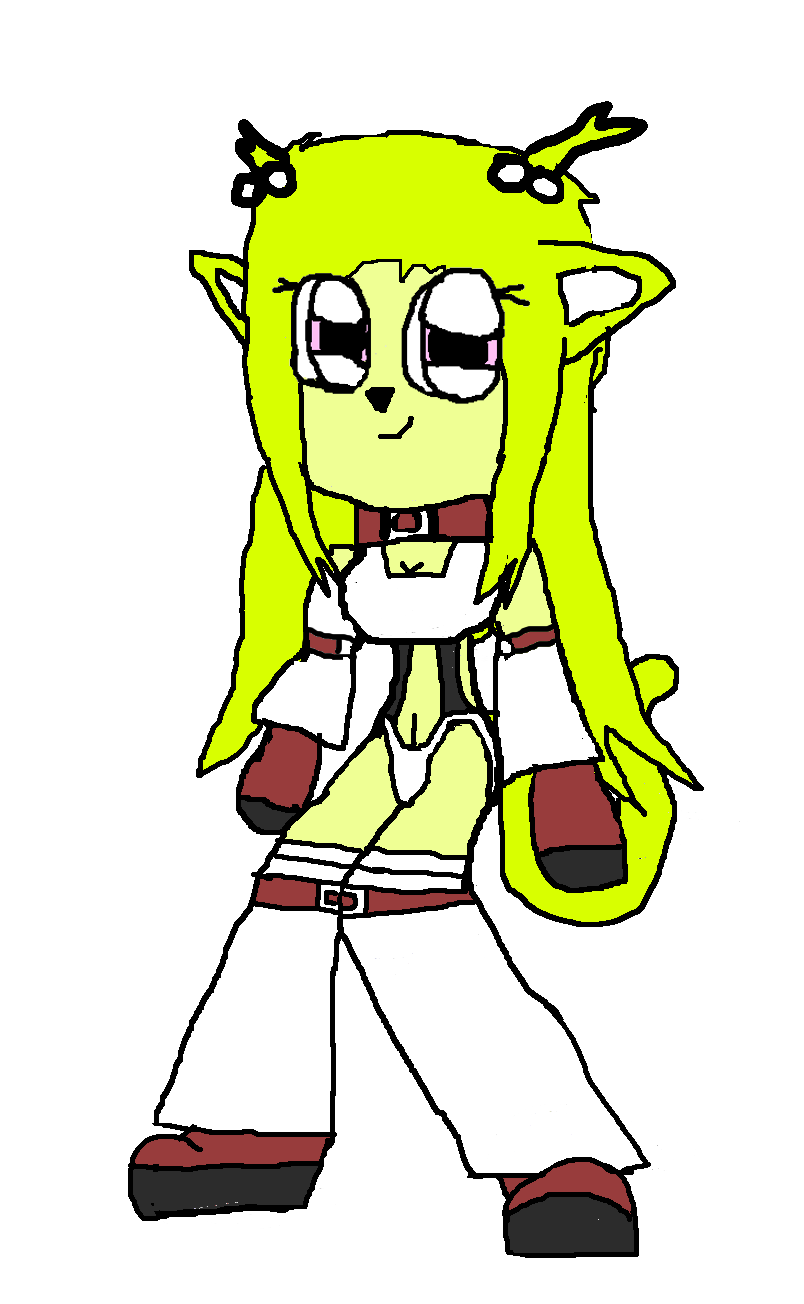 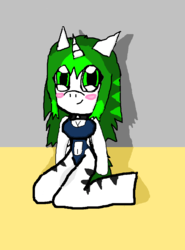 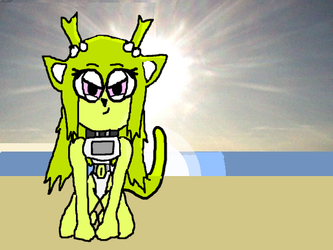 While this isn't her primary outfit, this is just one made, for warmer weather. In addition, I tried to be creative, and get inspiration for her design, from some character designs of a certain video game series, that I'm not really into. I'm willing to give away some personal art bases for free, for ANYONE that manages, to figure this out! Each user can only guess once, however. And I'm NOT giving a direct answer, either! (But, IF someone has already given that
wrong answer, it technically won't count.)

This little challenge ends, on the year 2018. So, try to figure this out, if you can!

Based on my notice, on how hilarious some "yandere" based stereotypes may be, (including Waya-Hime, within the continuity, of the "Bravoman" web series! XD) I've tried to create a girl, that's sorta kinda one, anyway.

Is she delusional? Yes!

Does she mean well, despite the fact, that she's got a mental side, where she may even get VERY violent?!? ALSO yes!

Is it due to the fact, that she went to a ward? Nope! She turned herself in there, to try and hope for a cure, for her strange mental condition. But, during the night, they promised her on the deal, to have her locked in her own room, in case she were to POTENTIALLY get violent.

Also, to explain a side of her, that proves that she's NOT ultimately insane, she wishes not to HARM children, or animals. But however; wanna know what caused her to GAIN this condition?
It was the cruelty of humanity, itself; she was a common victim of bullying, while she lived alone, since the mysterious disappearance, of her parents. SHe was far LESS lonely, ever since she adopted two non-anthro sugar gliders, as pets! (As an interesting fact, you see an anthro sugar glider girl, RIGHT here!)

She's in fact, single, and I will ONLY roleplay, if it's kept clean. Ask me first, if you want a longer roleplay, BTW.

= This unnamed character, alongside the art, is (c) by me