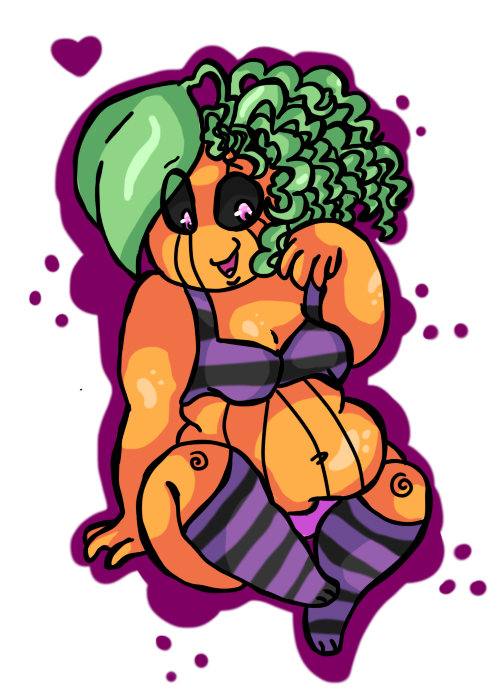 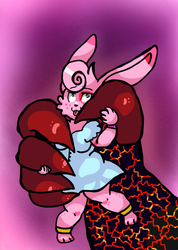 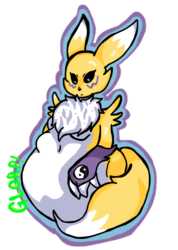 Been in a mega chub mood so I figured I'd draw my Plumpkin. <3 One of the storylines she's involved in is being found by a distraught down-on-his-luck young man in a pumpkin patch... He helps her and gives her a home, and obviously the more she eats the fatter and rounder she gets. He decided to fatten her up to win a pumpkin-growing competition and wins the grand prize for her lovingly grown fat belly.

There's two ways the story ends, but both are happy... One is that they use the prize money and live happily after with the young man able to show his beautiful plumpkin around whenever he wants, and the other is that once the competition is over... Well, he eats her. She's extremely happy to be of use and feels "pain" differently than humans, so he guts her and makes her into lots of pies, roasts and other treats. Alternatively, he swallows her whole. ;)

She's a super sweet albeit naive little thing, and is very excited to grow nice and fat! She gets childishly excited with each pound she puts on, and she's just super bubbly all around. I've been putting a bit of weight on recently too, so I tried to envision my own wonderment here~