Watcher of Time by Predal1en 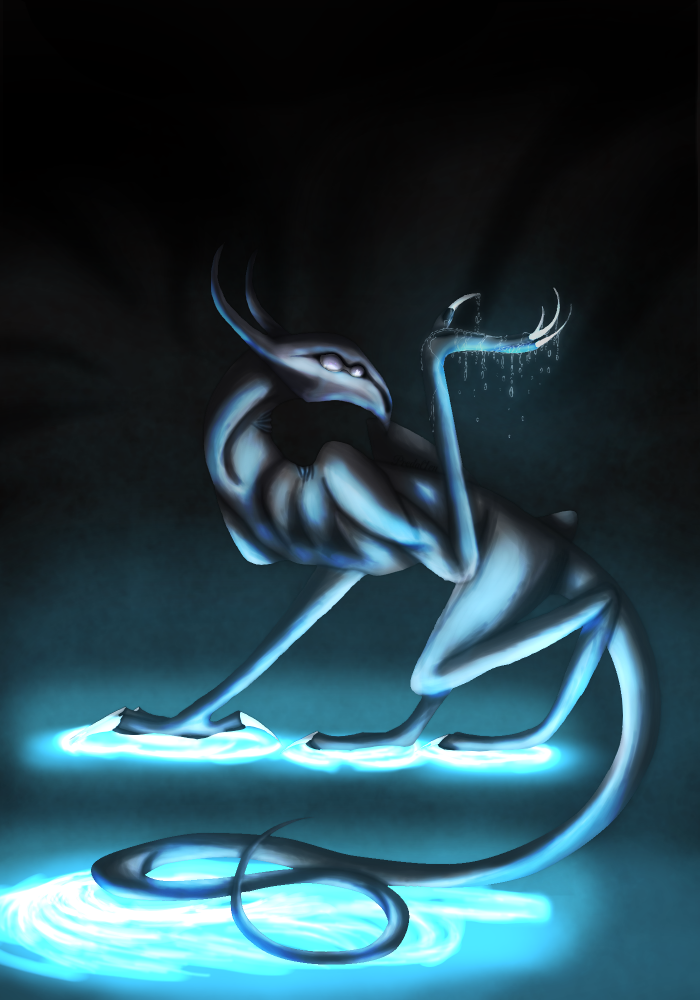 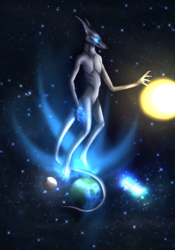 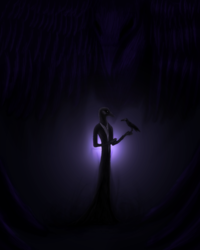 Hello, hello
Anybody out there? Cause I don't hear a sound
Alone, alone
I don't really know where the world is but I miss it now

Cause my echo, echo
Is the only voice coming back
Shadow, shadow
Is the only friend that I have

Veriir Cavernwalker, god of shadow, solitude, secrets, silence, unspoken purposes, darkness, stone, time, sorrow, regret, searching, magic, and mirrors. He helped to create the "Sight." His symbol is a mask that much resembles his face, and his high priests are forbidden from speaking in ways other than magic, though his worshippers and priests both wear a mask that is his symbol. The other gods are frequently uncomfortable around him, for he speaks in foggy synonyms to simple words, and his milky white eyes don't reflect what's around him; rather, they reflect what he sees in the stream of time he's currently in. When he speaks, it's very soft, slow, and definite.
This is the god that the Draigare as a species feared.