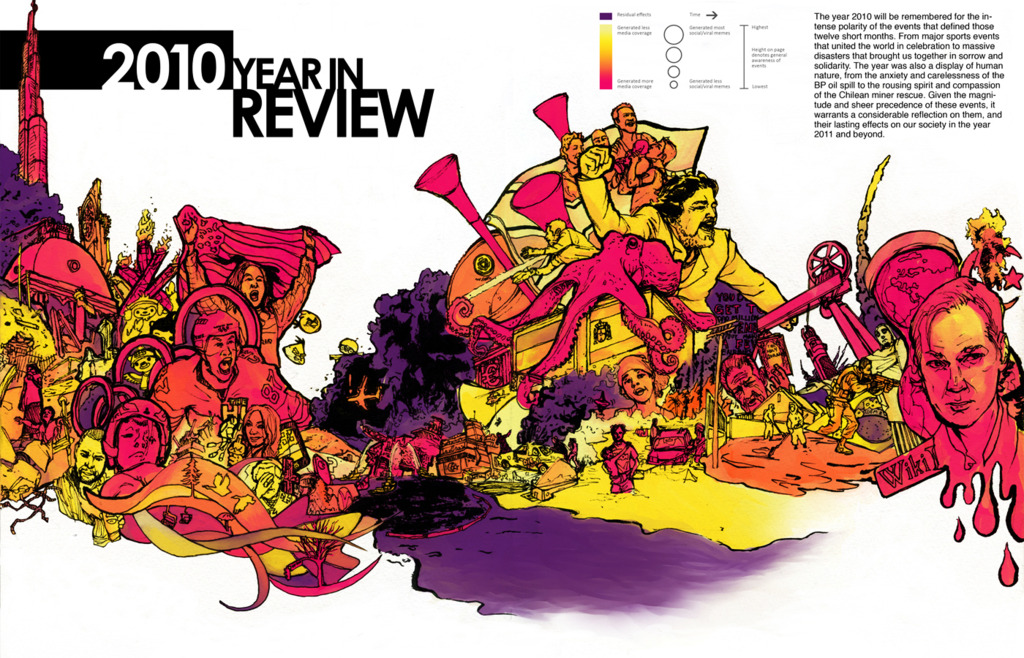 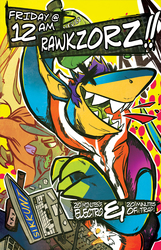 Basically, the image operates as a graph according the details in the legend near the top-right.

The image is a near-representation of the entire year in chronological order with colour, size, and position emphasizing the coverage, social viral nature, and general awareness of the events presented in the graphic. Starting with the much publicized official opening of the Burj Khalifa and ending with the self-immolation of Mohamed Bouazizi in Tunisia which would be known as the first act in several middle-eastern revolutions in the following year.

Below the mess of images shows additional effects such as the duration of the Vancouver 2010 Olympics into the March Paralympics, the effects of the BP oil spill (trails off the image to a blank space to indicate the uncertain severity of the spill over the decades to come), the length of the Pakistan floods, the contained Hungarian aluminum plant spill, and the effects of Wikileaks as it accumulates off the right page into the year 2011.