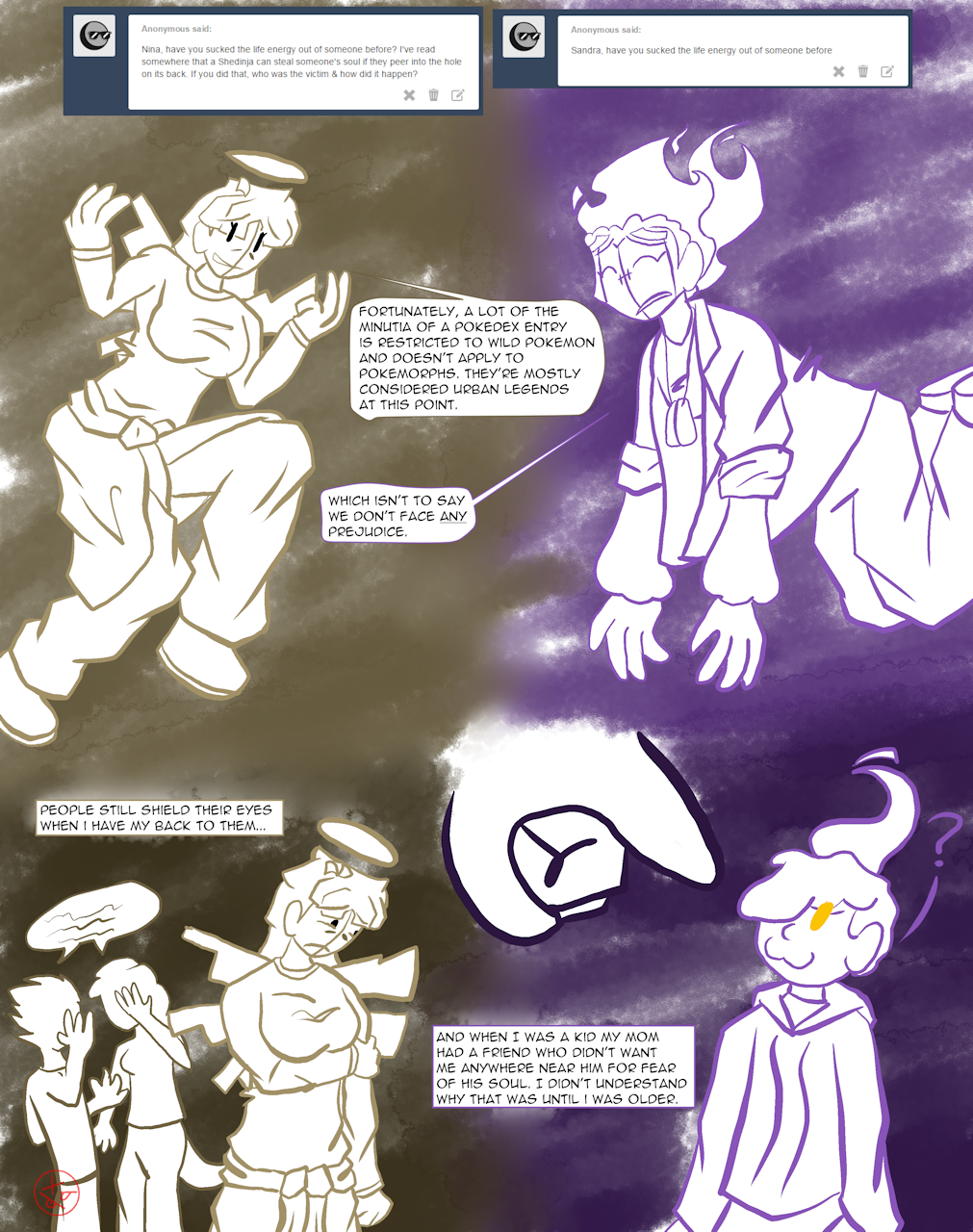 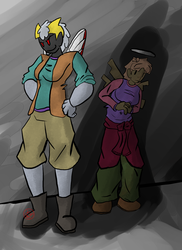 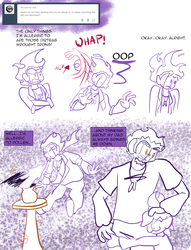 A lot of Pokedex lore I take to be mythological, because there’s a decent amount of it doesn’t make any sense, even given the science fantasy concept the entire world exists in (or else there would be a witch hunt on chandelure and shedinja all across the world). Though I wouldn’t be surprised if it didn’t happen occasionally to lend truth to the rumors.

However a lot of Pokemorphs are born without these abilities/traits, for two reasons: one, it’d be very difficult to write a narrative around some of them, and two, I do want to keep some grounding. Not a whole lot, but enough. :)

Also little babby litwick sandra is so cute! <3 (her mother is not a chandelure, and her dad Isn’t Around Or Whatever, which is why captain pierce has this dumbass as a friend to begin with.)

Have any questions to or about my characters? Feel free to drop me an ask! It's really easy, and you don't even need to have a tumblr!