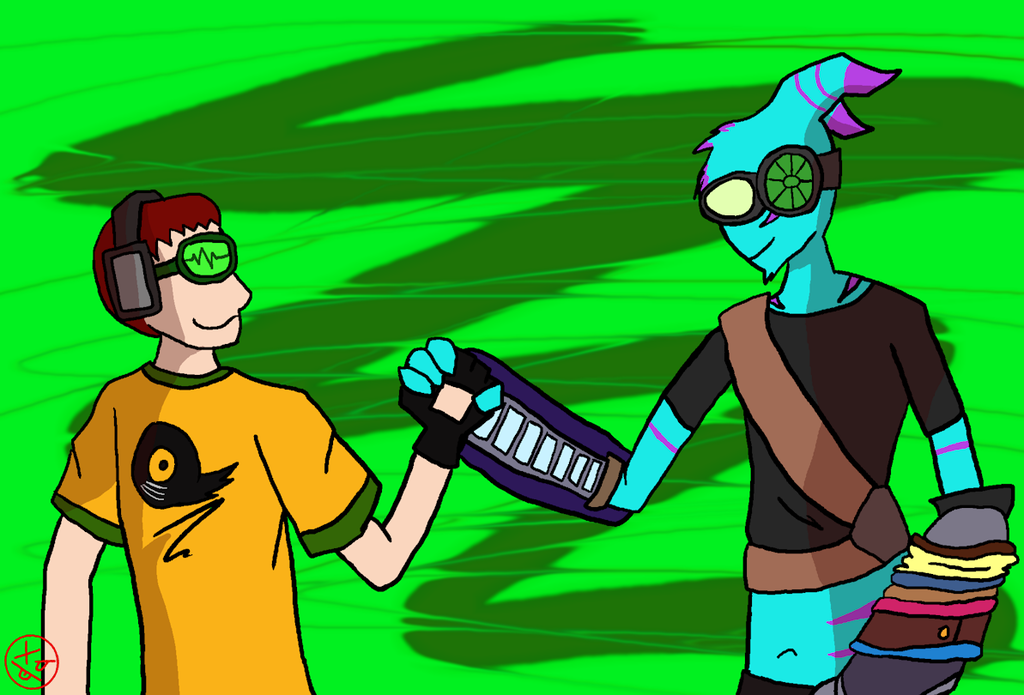 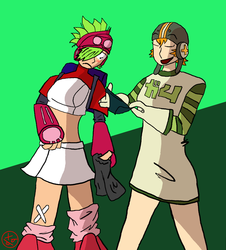 "My time might’a come and gone, but I had a good run. It’s time for somebody else to take over. You have the Soul of the Streets in you. You get it. You know why it’s important to keep it safe.

So, Hover: Revolt of Gamers - an indie game inspired by Jet Set Radio, Mirror’s Edge, Star Wars and the 5th Element - hit Kickstarter and has met its funding goal within three days. There’s still 12 days (as of this writing) left for it to meet several of the stretch goals the devs have set for themselves, including a soundtrack by Hideki Naganuma, the DJ behind the bulk of the songs from Jet Set Radio and Jet Set Radio Future.

Jet Set Radio is my favorite video game of all time. Looking at the alpha build video they used for their sales pitch, as well as the concept art they have so far, it’s easy to tell where the inspiration for Hover’s visual style came from. I mean, look at Watabax! He’s a dead ringer for Beat. I had to do something as tribute.