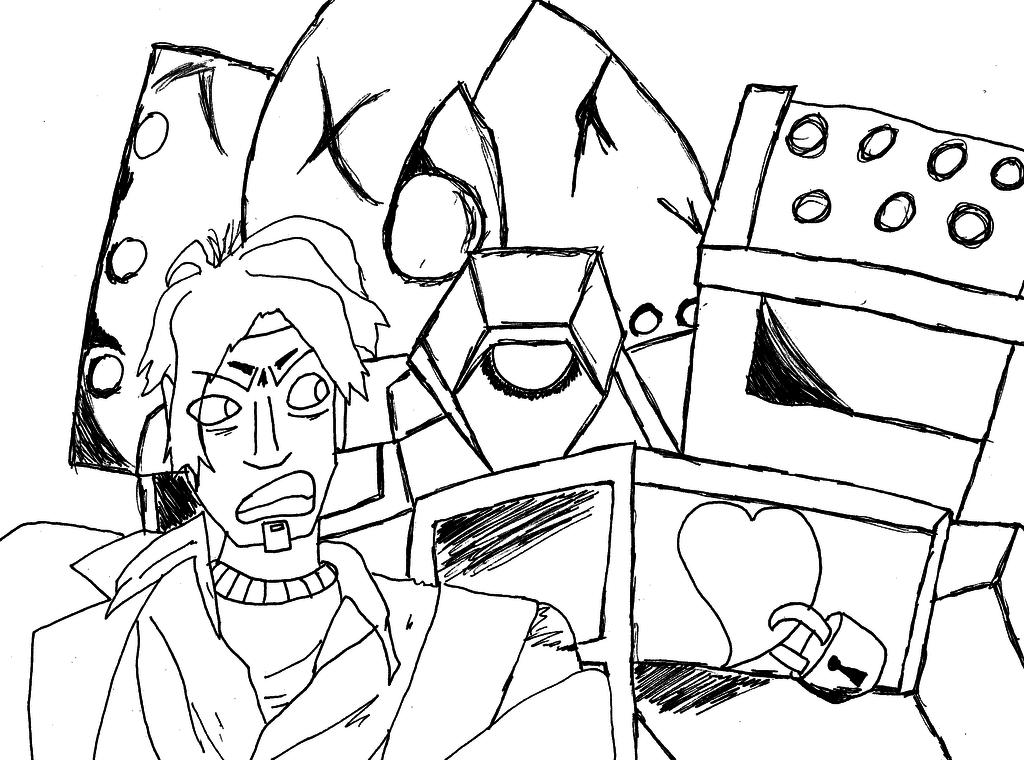 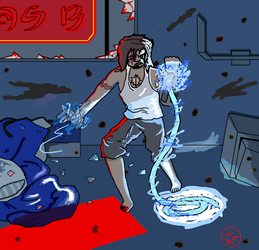 Something I started a while ago (last year?) that I don’t think I’ll get around to finishing. Borderlands 2 spoilers ahead:

The premise was based on something Pandy and I tested out. We’d just beaten the Warrior in Playthrough 2 of Borderlands, and while we were letting Handsome Jack do his dying spiel, I wondered if Deathtrap could deliver the killing blow. Since Mechromancer is my class, we figured - yknow what? Might as well see what happens.

So once Jack was done, I summoned Deathtrap, and he ripped Jack’s face off. With lazors.

I had wanted to do a short comicy thing where this would be one of the last panels, all dynamically shaded and such, but then stuff happened and this fell by the wayside. Still, no reason not to share it!