ABT thumbnails pages 1&2 by Portmanpreau 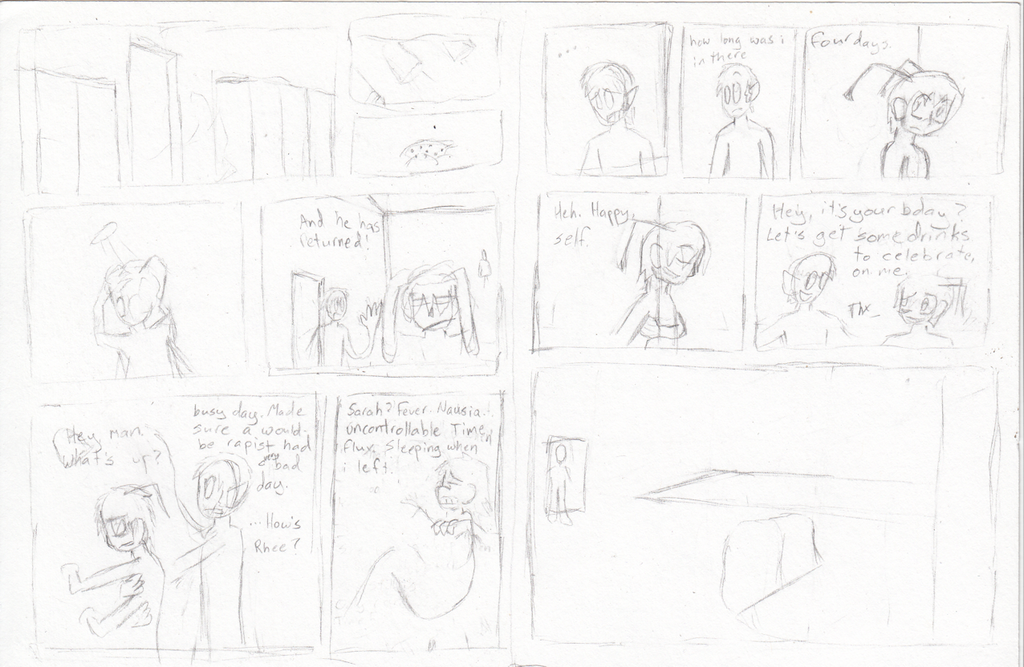 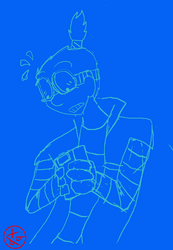 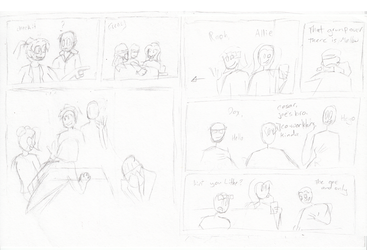 You'll notice that Dox is nowhere to be seen! That's because, when I started thumbnailing this beast out, I had forgotten that I'd created it the same year as the others. Also, I spent more time agonizing over the last panel of page 2 than I should have. It was only a draft, after all, and I eventually gave up altogether.

Fun fact, Tobias speaks in sentence fragments because I had to write the script shorthand in the panels! I thought it was a cool speech impediment for him to have. FUNNER FACT that means four of the six people featured in the comic have speech quirks! Including Tobias, Dox is soft-spoken, Raph is dyslexic and mixes up words (not displayed in the comic itself), and Mellow is mute.