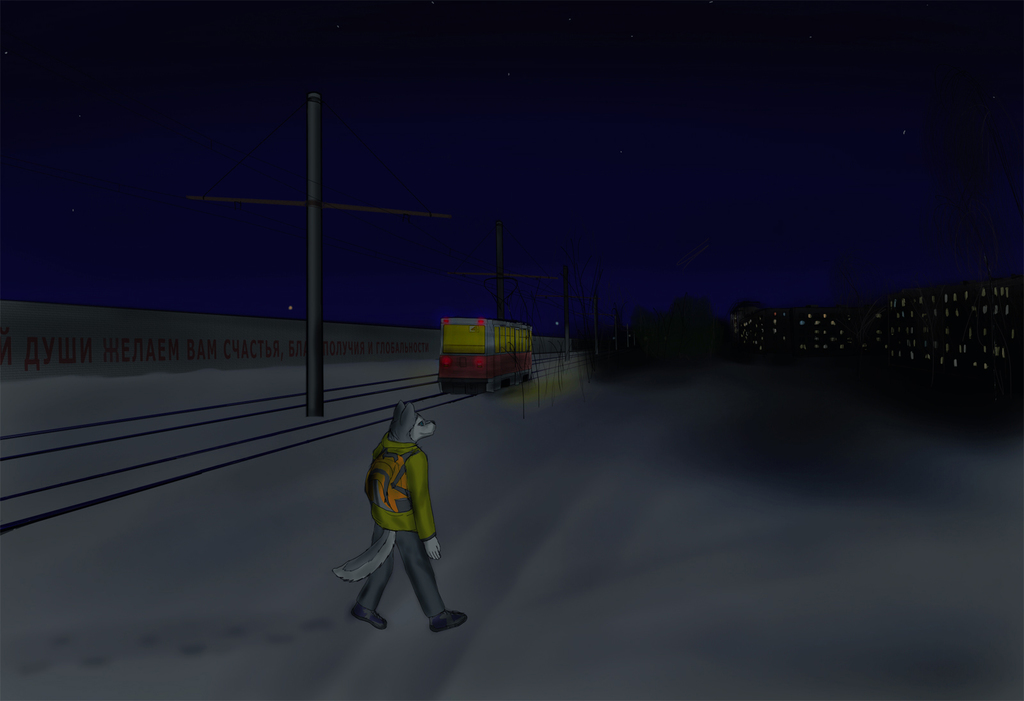 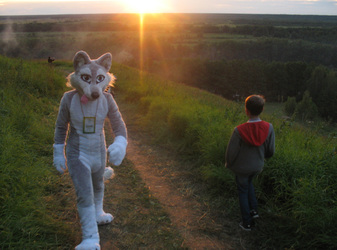 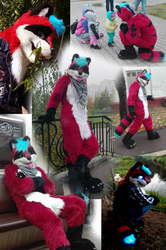 I began a sketch of this in last year. It was supposed to be just about some images and impressions, but became a memorial piece

This street, without any other transport, i remembered from early childhood. My grandparents living there. And in some days i usually come on tram #4 to visit them. And also, periodical sound of tram passing somewhere on opposite side of street was something famillar.

Process of final destruction escalated in 2013 after publicly elected major who wanted to improve city's things was illegally ousted, and local authority was captured by clique of theives. Among other things, they wanted to destroy tram system, to help their affilated businesmen who owned small awqful commercial buses (called "marshrutki" in russian). And they made efforts to the collapse of the municipal transport enterprise. Also they ran a propaganda - "Tram - an outdated and poor transport. It is noisy and its vibration destroying houses near tracks" and other nonsence of this kind.

We created a group of activists to do something it this situation. We done many actions trying to convince authorities and residents of idea of saving and modernisation of the tram system, like it happened in many cities all around the civilized countries.
We held meetings, hung posters, handing out leaflets about the situation and ways to improve it. All problems can be solved, but authorities dont want do do this.

Departing to last trip
Tramcar #052 proceeded by the route #4. From Railway Station terminal through this street, to "Sewing Factory" terminal.
Last trip ended at 23:17 when last tram disappeared behind the gates of the depot.

We are still fighting for tram retrieval and modernisation. But some parts of infrastructure is being destroyed already.

Trolleybus system seems to be falling apart too. it can be closed in this year too. My
245-thousand population town turning back to depressive village.