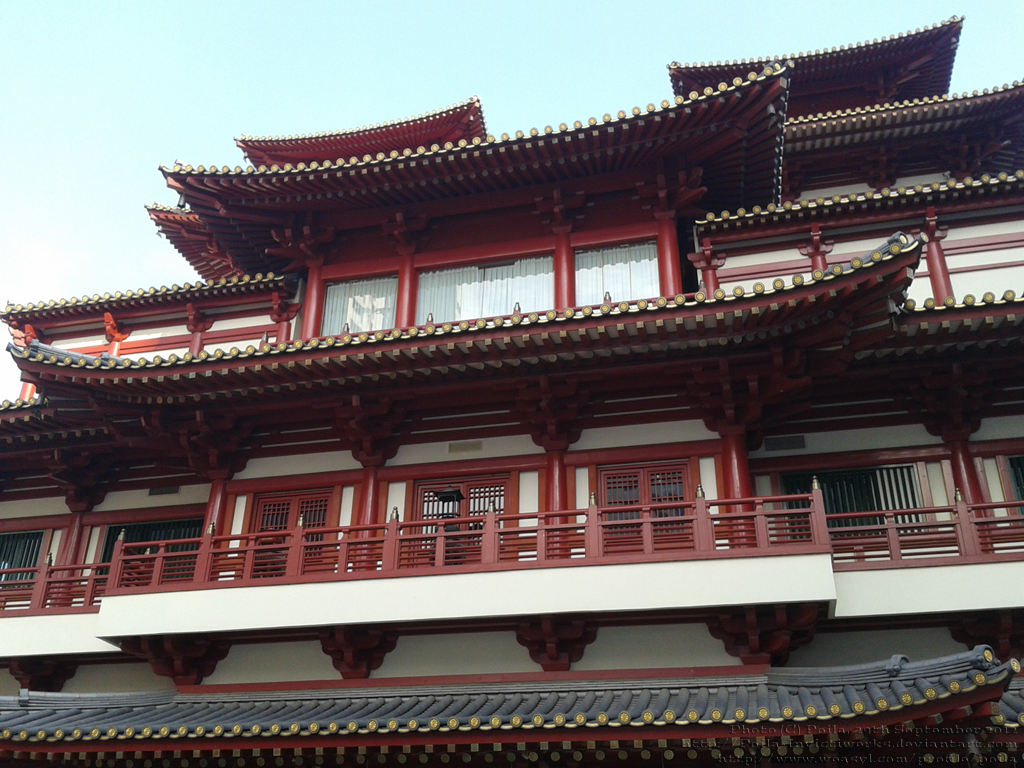 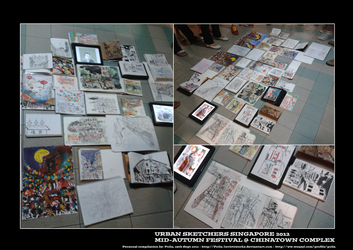 A photo taken outside the Chinatown Complex, a few minutes prior to meeting the whole gang from Urban Sketchers Singapore - and my first time meeting them too; that was exciting.

Apparently, there was a Mid-Autmn Festival celebration near the location, but when it was past 8PM, the whole place was crowded because of a national celebration observation - where people were seen marching across the entire street. Also, kids running around with LED lanterns... that was so nostalgic!