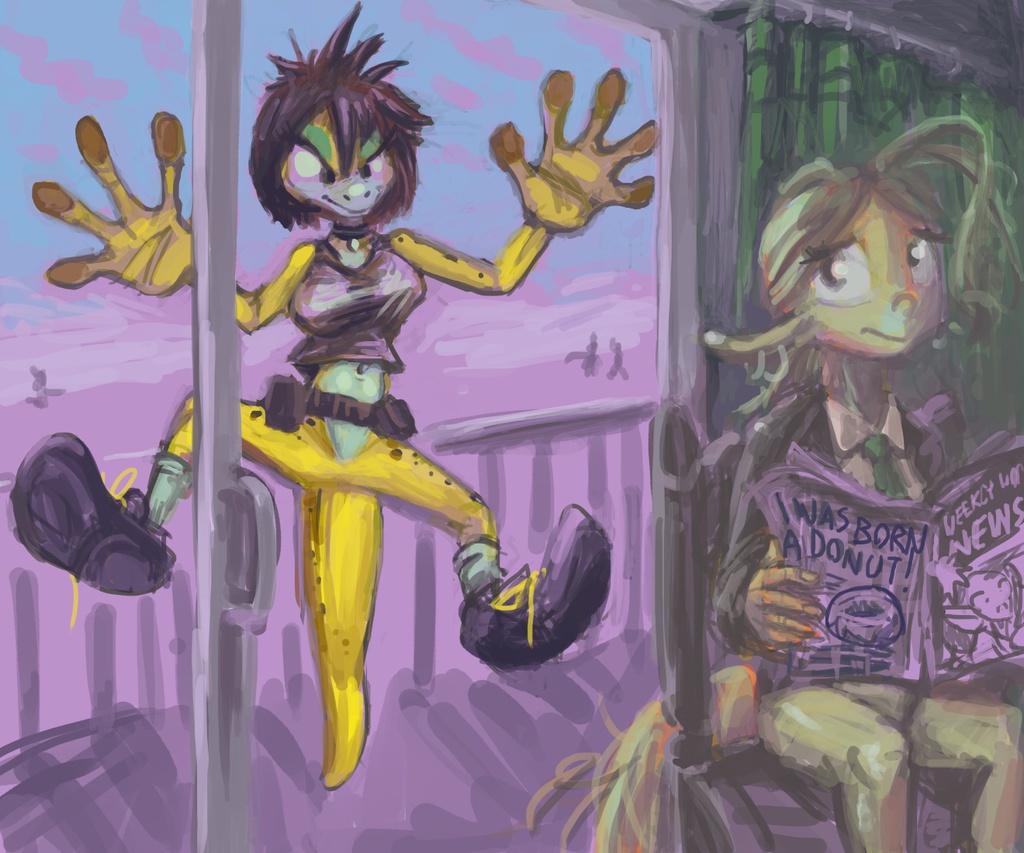 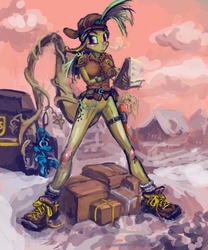 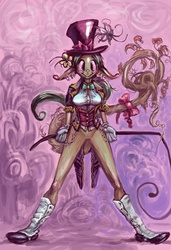 bubbahpop's character Echo, seemingly abandoned less than a month after I drew this, at a new account, won't even watch me from it, so she can go jump in a dumpster, is gecko-based and said to be good at climbing things.  I read that and thought of one clinging to a sliding door just to annoy somebody. At one point the somebody was a mildly respectable looking fellow lizard-oid but then I liked the idea of planto wearing a business suit, and then it seemed out of sorts for me to draw something respectable anyhow.  So obviously a great amount of thought goes into these!

I then thought of a hotel room I stayed at on the gulf coast in Florida, once.  Vague beach background is much easier than whatever is usually behind a door leading to a porch.  There are dumb lizards all over the place there, just lying in the dirt, like they think I cannot see them.  None were this bold or large, however. It is my understanding that geckos are not in fact native to Florida and are considered and invasive species, and I am little surprised.