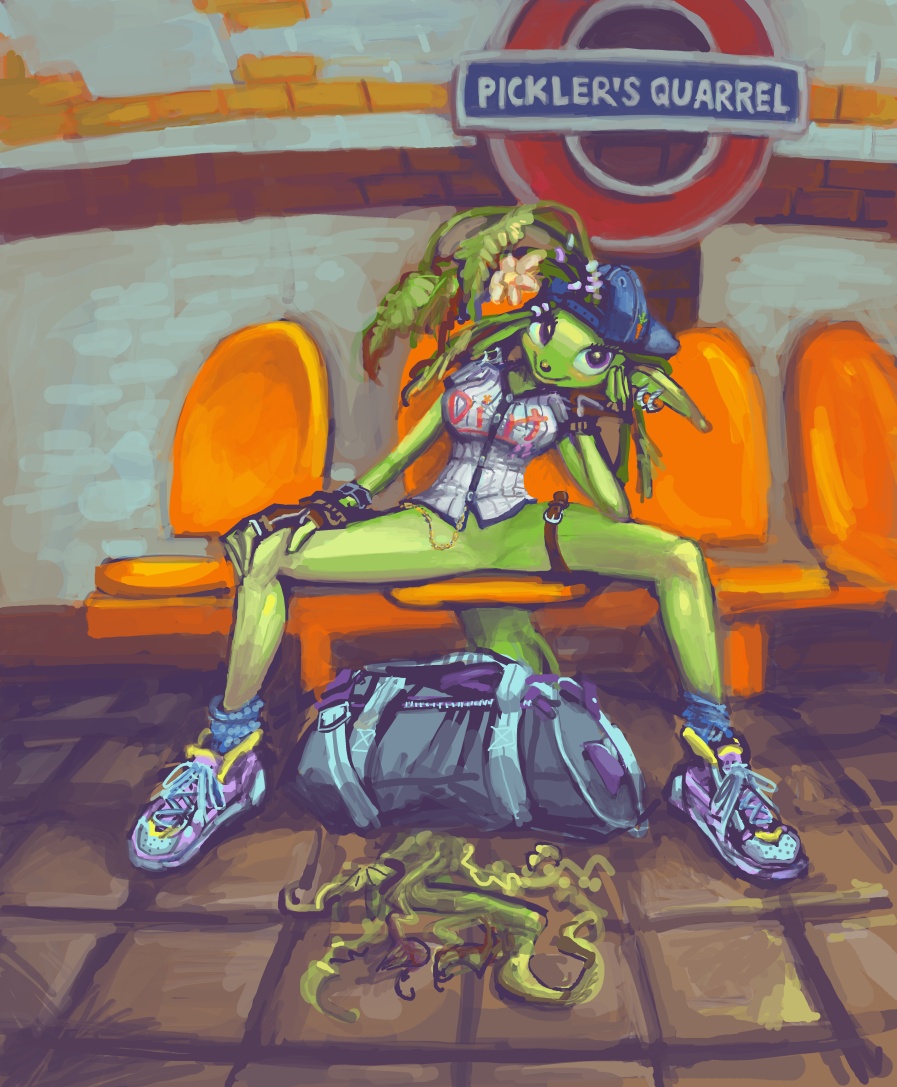 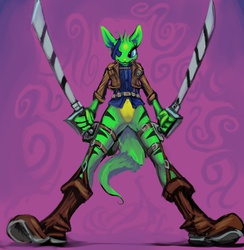 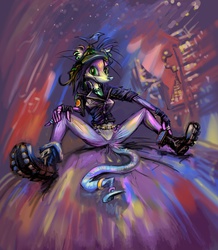 This was somehow inspired by that pixure, though it was meant to be less of a thematic ripoff; I was "thinking" of a bowling alley, maybe, at first, but it turned into a train station anyway.
I thought ah I can make it a paris metro station, since I drew the seats like that already, but I couldn't find a consistent design among my pictures that I liked, and I recalled i had a picture of a london underground point, but it appears that those have different chair-like-objects than I had drawn.  Whoopth.  Of course I was in Regent's Park; you may do things differently out in Pickler's Quarrel.

It seems like slightly less of a ripoff now that I have removed the jacket.  The jacket has not survived to the end in a long time.