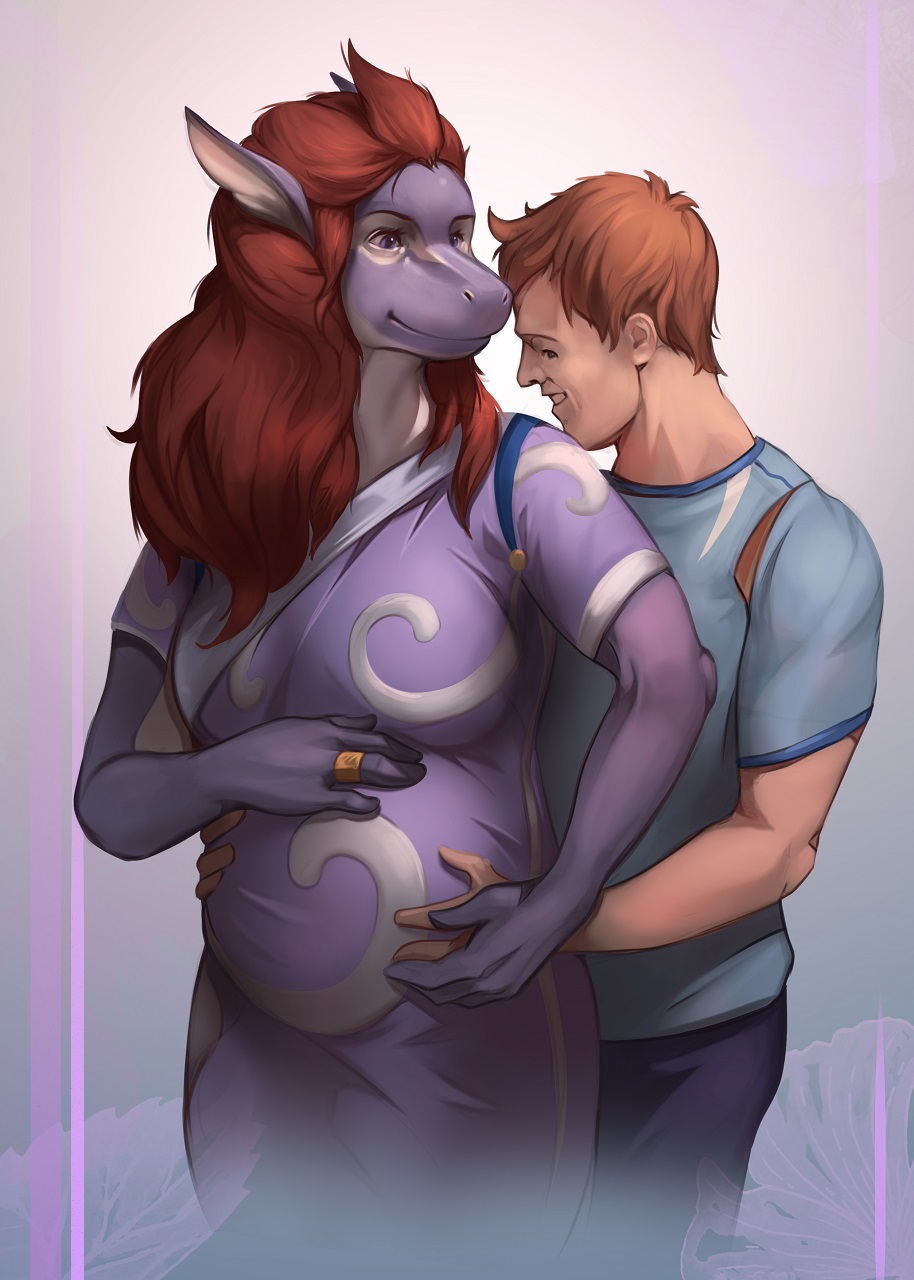 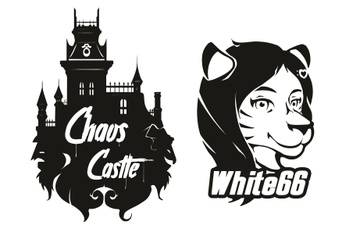 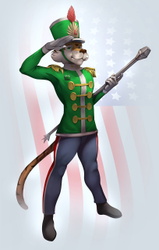 So here is the result of last week's beach romp - an expectant shark mama and a proud father! I've tried conveying this as a peaceful scene - and I think it turned out that way! With time I've learned to do softer and more subtle shading which fits this type of mood as opposed to my older, rougher work. Hope you also like it!

Here's some more lore by CMed:
"Several months later, Eugene and Shelera’rakal stand together. Much like the many, they photograph themselves together. Shelera’rakal is one month away from delivering her baby. Further proof that Itreans and humans can be together. The fighting and struggle to fight one another are not needed.
The Shal’rein, in general, are the most enigmatic people of the Itrean race. Their great underwater cities span the seas and oceans of planets. The warriors are the masters of the gun, and they rule the oceans and land like none other. The people can be strong, dominating at times, perhaps they can be over-aggressive, but at other times, it really depends on the individual. No two Shal’rein, Aksren, or Yutilian of the Itreans are truly alike. Past cultures, history, personality, location, and environment can genuinely make the Itrean. The Itreans span to trillions upon trillions of people.
For all Shal’rein, the color of purple (or violet to some) is the most beautiful color ever to exist. It is a cultural symbol and religious icon. Even the Shal’rein clan warships are painted in purple. In the Itrean language alone there are over 15,000 words just for purple and its various shades of colors in its spectrum. It is not uncommon to see the Shal’rein from both the Shal’rein clan and the T’rintar clan to have shades of purple decorated on their bodies and clothing. Various cultures, religions, and fads reflect the way the color is used on the body. The capital world of Shal’Tar of the Shal’rein clan is believed to be the culprit as the K-Type star produces a lower luminosity than Sol, causing the mostly ocean world to be purple in appearance."

If you're interested in commissioning me, I'm open! Feel free to check my prices here: https://www.weasyl.com/~pimpartist/submissions/1544401/commision-info and send me a note. Thank you for checking out my work!