:Witchcraft: Summon the Succubus by Pikuna 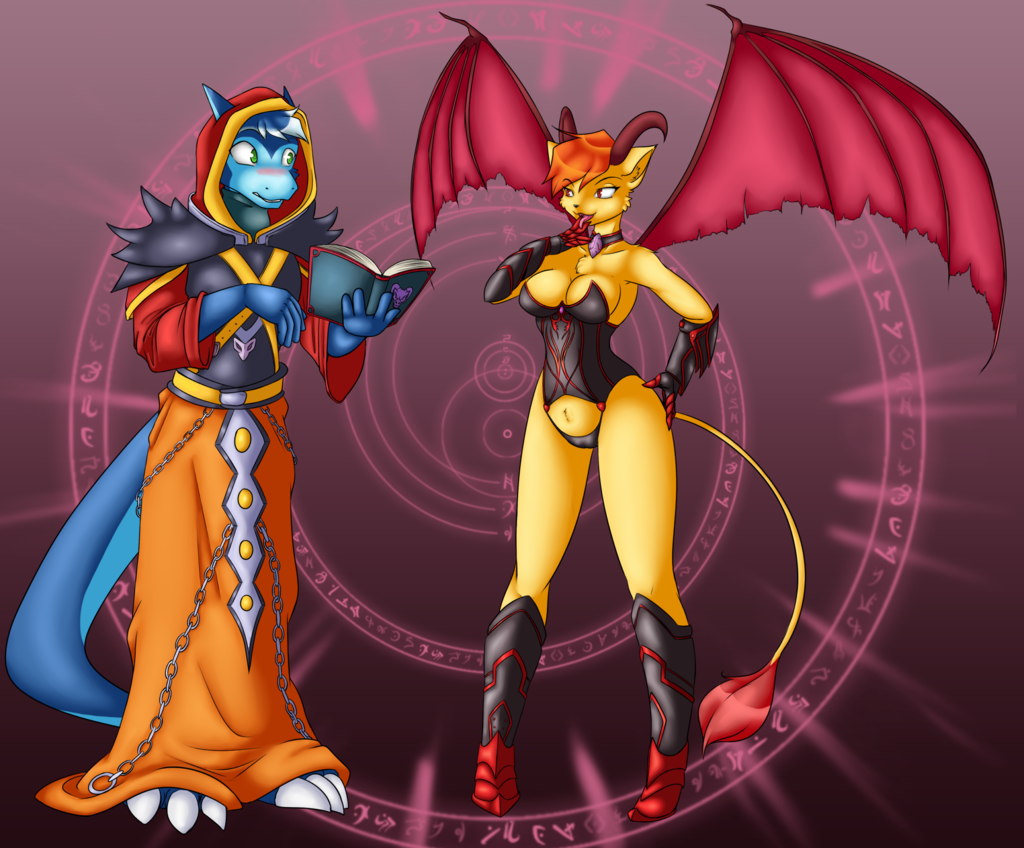 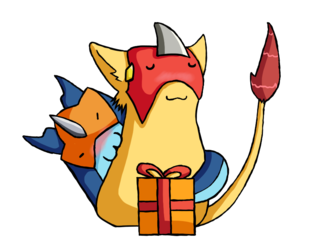 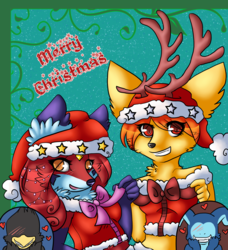 In the world Archarel lays the land Fafnaria, where the young dragon warlock-apprentice Incendra lives, who dreams to become a powerful and wise warlock. His next assessment is the warlock tournament, where all apprentice have to show their abilites. But to enter the tournament all participants need a Demon companion, which is some kind of first test, because the incantation of a Demon is a complex spell, so only skilled apprentices can perform it and are able to satisfy the Demons, so they accept them as their masters. There are seven kind of Demons, which represent the 7 deadly sins and it depends on the characteristic tendency of a warlock, which one he will get. While he performed the spell, Incendra hoped to get a Demon of Wrath, which would be a Furorbringer. But to his big suprise a Succubus, a Demon of Lust stood in fron of him and it was even a beast succubus, which are very rare and powerful. Still suprised and a bit disapointed Incendra tried nonetheless to convince the succubus to become his companion. He noticed fast that this succubus wasn't like the others one he heared from, she wasn't so happy to get a master and was a bit unfriendly to him. But Incendra stayed polite and showed her how skilled he was with his spells and abilities. Impressed by his skills and friendly manners, the succubus also become more friendly and did a test of lust with him. Incendra also impressed her in that case, so she agreed to be his companion and got the name Pikubus from him. They trained their combat skills, develop new combination attacks and improved their lust abilites, to be prepaired for the warlock-tournament. In this time the relationship of these two became bigger than the normal master-compaion relation, formed by trust and loyality and it is still growing.

A while ago Incy came up with the idea of Pikunamon as a succubus and Incendramon as a warlock for a new writing-RP.

But we didn't want a simple 18+ RP, so I came up with a little story that Incy give more depth and we both really like the idea, it's fun to play it. xD

Nya, I even think that this RP-idea is worthy to be written as a story for you people, but the time~ ;w;

The characters of Incendra and Pikubus are similar to the ones of Pikunamon and Incendramon, whoch they are based on, but not the same. :3

Gosh, this one was so fun, but also a pain to color. xD

Not because the lineart is bad, Scorp did a wonderful job. ^w^

It is just, because Incy had an idea how the armor/clothes of Incendra should be colored, but I had my problems to understand ihm right. xD

Still was very funny and I just love the result. *w*

Hopefully there will be more pics with these two, I love all the different colors of them, which still work fine together. x3