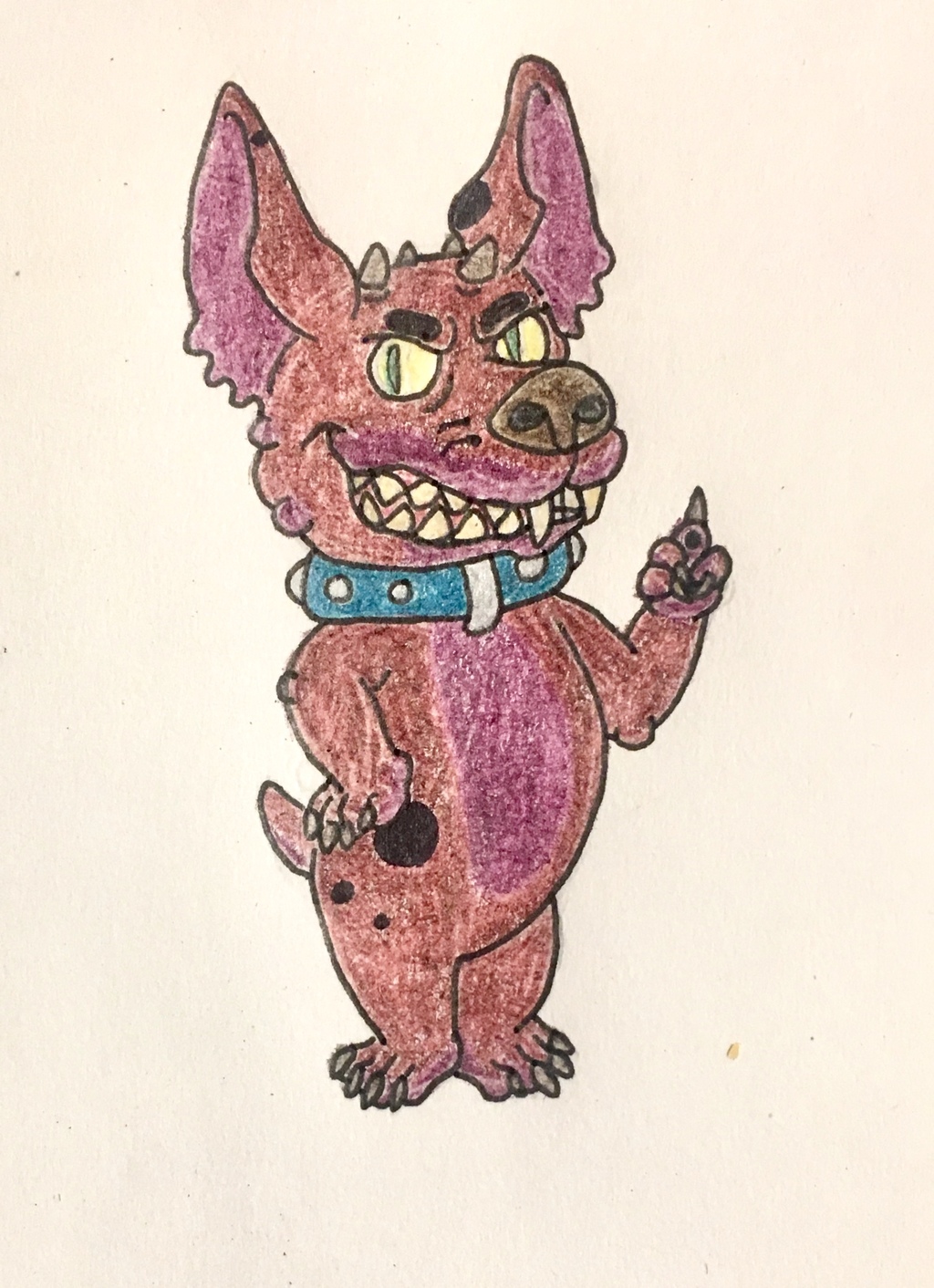 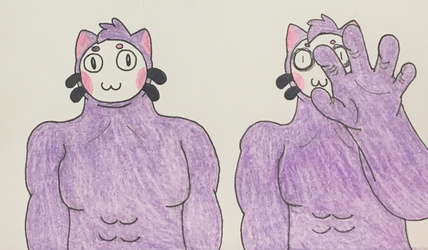 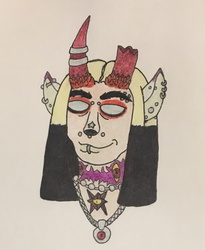 Anyway this is Cornelius Duke, he is the nephew of Earl Duke. Was made in a lab to be a military grade creature similar to Earl but because Earl and most of his family are tall/huge they went "Okay, we want to restrain this one easier so we'll make him really short. Anyway, let's train this one for stealth! That won't go wrong at all!" He easily escaped, he could've gone undetected but wanted to make a scene so he blew up part of the facility and some of the scientists and guards were killed. He now travels to different locations to cause general chaos and to do various schemes. Ranging from running scams, robbery, creating cults, arson, destruction of property, running a drug cartel, and jaywalking. He and Earl don't see eye to eye on various views of philosophy and life. Earl's group aren't the biggest fan of Cornelius for being well, horrible, but Cornelius will help them out from time to time. He will yell "Vibe Check!" and smash your kneecaps with a hammer. His catch phrase is Whelp Wallop, which Spoonfayse was the one who gave me the idea for that.

He is VERY obviously based on Scrappy Doo from Scooby Doo and when I was making my Scooby Doo based ocs my brain literally went, "Wait, if a mystery gang exists and a Scooby exists. Doesn't that mean a Scrappy should exist as well?" So I based him on a mix of Scrappy Doo from the live action Scooby Doo movie and my thought of "What if he was a little bastard man who is just chaotic and evil? That he actually can DO things and be fucking useful." If he was a human he would look like a very creepy and ugly Danny Devito-like man.