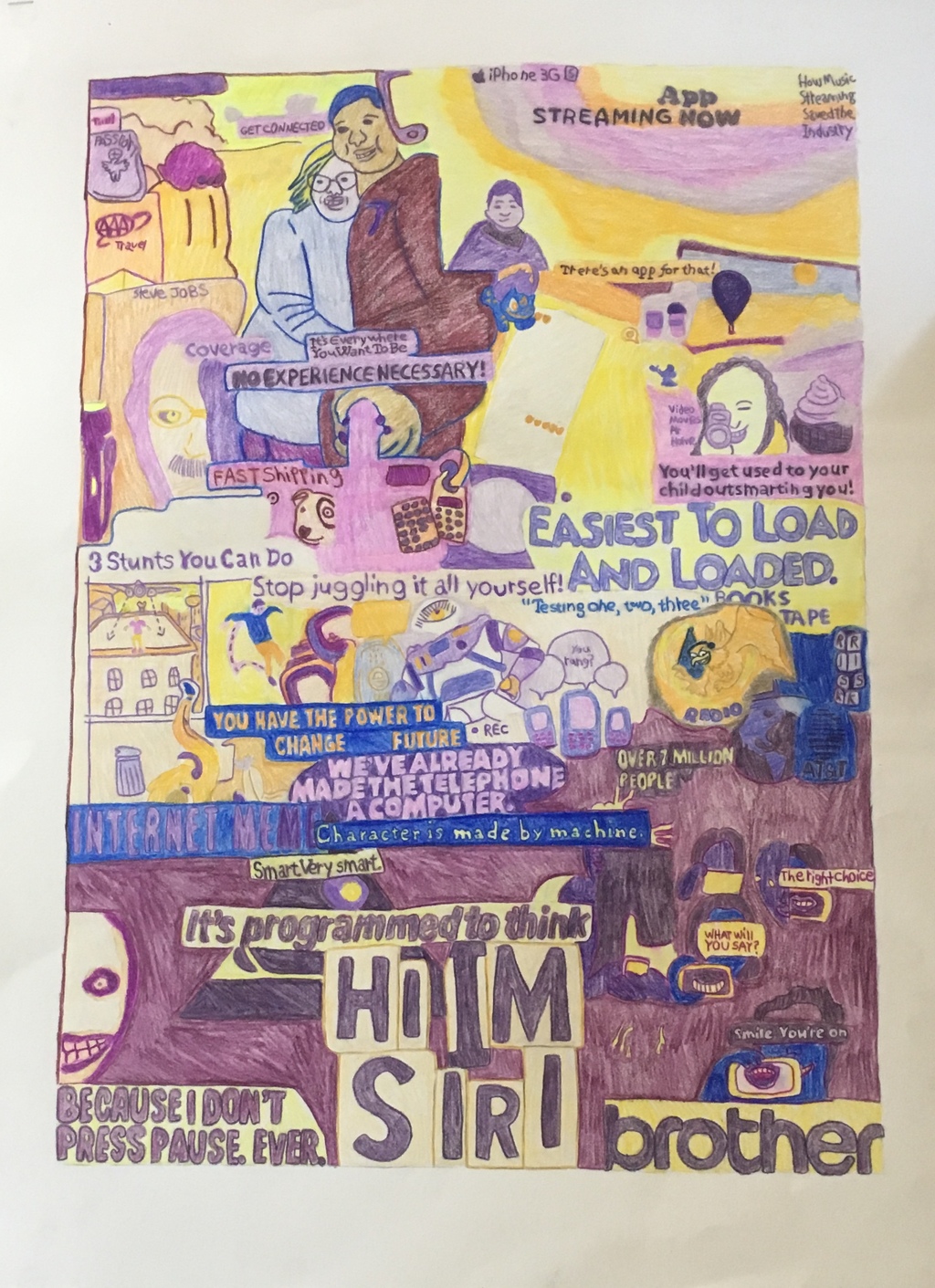 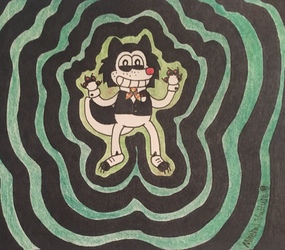 For my 2D Design class we had to make a collage from magazine pages, trace said collage with tracing paper (front and back), and transfer it onto a big piece of paper. We had to chose complimentary colors (red and green, orange and blue, or yellow and purple for example), we could do different shades of said colors and choose a third color if we really wanted to. The subject was AI and technology (that is what the teacher assigned us), he wanted to see what our commentary would be on such. I chose the iphone and Siri, the top part is more of the positives of having a smartphone. It is easy to watch stuff, play games whenever you want, get to watch people go to places you cannot go, it has revolutionized technology, it can make is more connected to one another. Then when you look down you see some of the negatives such as easy to find dangerous thing to recreate (like doing stunts for example), increase surveillance/lack of privacy, even though all the info in the world is at your finger tips most don't use it (like to figure out something is just a dumb meme and NOT a dangerous challenge), etc. I found it fascinating how some people see Siri, like a being with a personality and thoughts when such is programmed. It observes and learns from us. One of the quotes "Character is made by a Machine" was actually part of an alcohol ad that said, "Character isn't made by a machine" I just thought it was a neat quote to use for Siri. Also, you may notice both System Shock's Shodan and Jeff the Killer in the collage. That was fun putting part of their faces in there. My teacher saw Jeff's face and I had to explain what creepypastas are and what Jeff the Killer is. That was interesting. I got an A on this piece and I am pretty proud of how it came out. The original collage was a LOT more detailed than this.