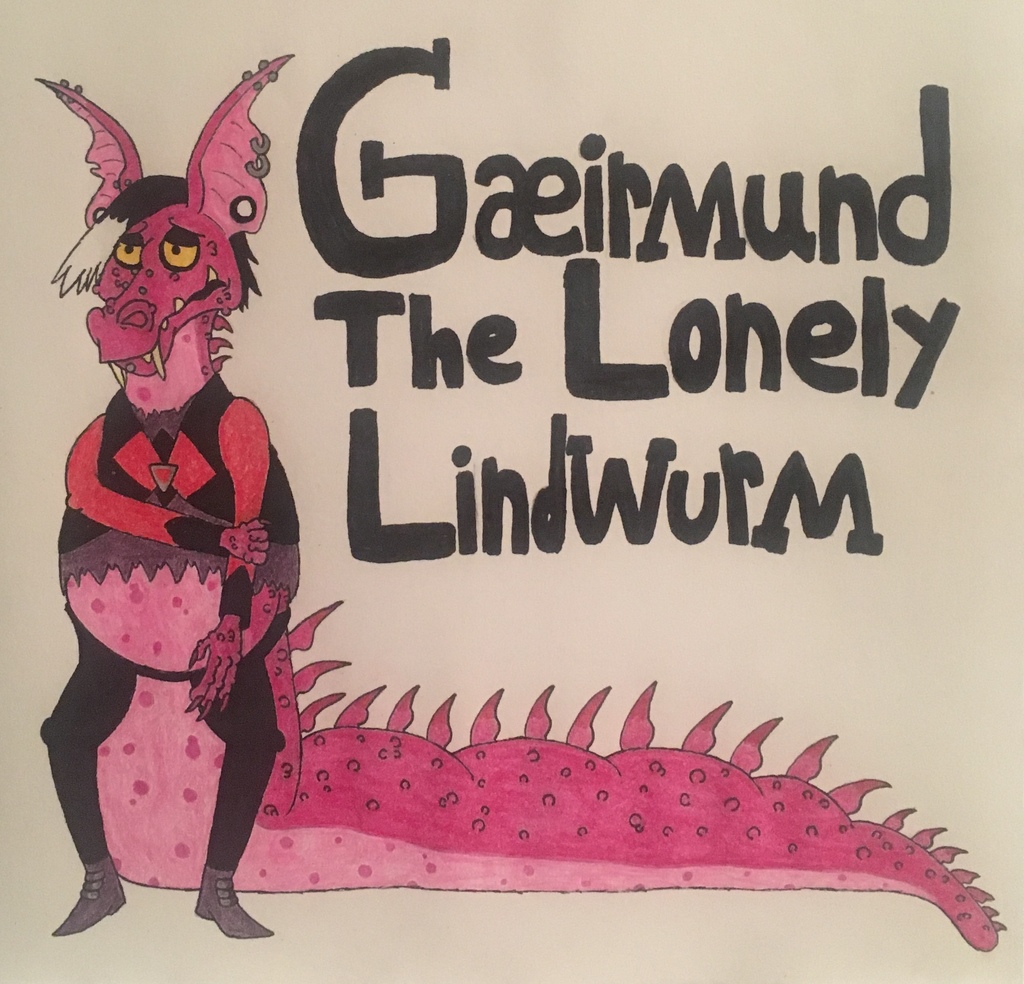 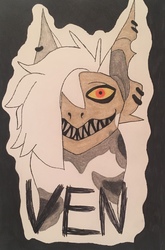 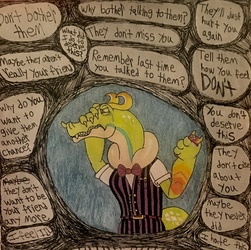 Originally posted on my art blog on September 21st, 2018
This is Gæirmund, a lonely goth lindwurm who lives alone in his house in the mountains. He wants friends but has a hard time making them for various reasons. He is a lindwurm and they usually tend to stay in a certain location in the land of Mithos near the big sacred trees to eat at the bad roots to help keep the trees happy. So them being away from it is seen as weird. They think of themselves as ugly and lindwurms might not be considered “pretty” by bias beauty standards but they are pretty subconscious about their appearance. Then they have depression, general anxiety disorder, and social anxiety disorder making it very difficult for them to initiate conversations with others and gets very worried they’ll fuck up somehow.

Outside of their worries, they are a nice and polite dragon to be around. They enjoy listening to others, doing makeup, going to goth shows and clubs, and trying new foods. They are non-binary so they go by they/them/their pronouns. One day they’ll make some friends, it’ll just take some time.