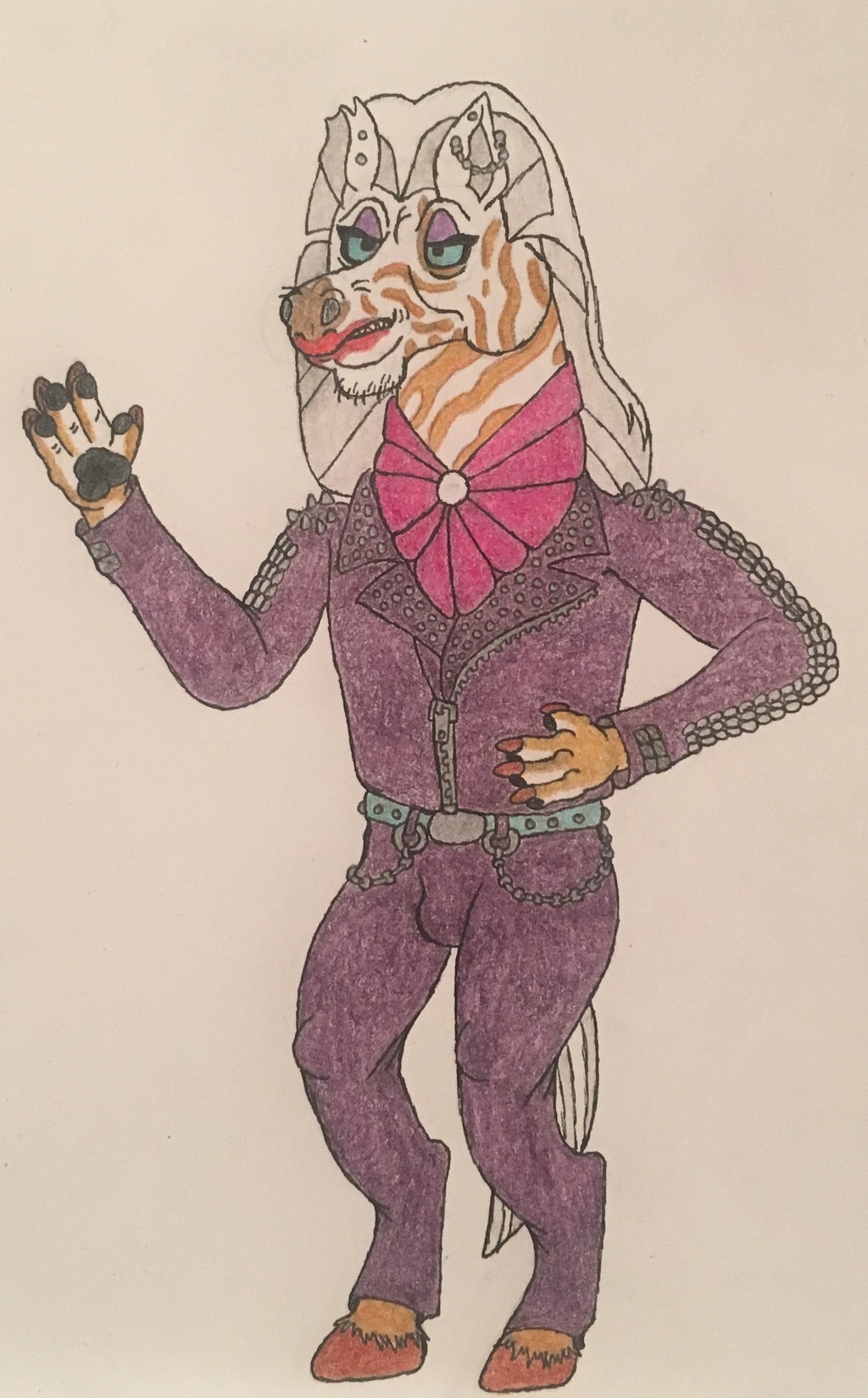 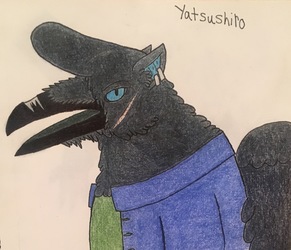 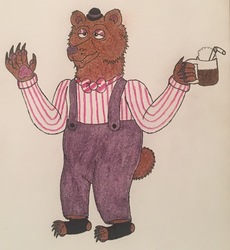 Originally posted on my art blog on August 18th, 2018
Darius is a transmasculine dingo/Grévy’s zebra (more of a blond zebra) hybrid who was a pretty big punk musician who did a lot of gigs and had a unique sound. He went on tours, did a lot of underground shows, and made enough money to get some surgery. Not just surgery for his body to match his comfort but did a lot of surgery on his face because for years he was subconscious about how his face looked so he made it look more zebra than dingo. Things were still going well but he felt somewhat bored with the genre and wanted to make it interesting for himself so he decided to mix disco with it. It became more dance punk and even though he enjoyed what he turned out his fans and others in the community did not. He faced gigantic backlash and it was not pretty. He began having a hard time making moe music because of the stress, getting gigs became speratic, and sadly fell into addiction. He became rejected from the community and he felt very low and alone. Sometime past before Daddio Nerio found him and took him in his group. Daddio Nerio helped him get off of his drug addiction though it had done obvious physical affects on him (his face looking sunken in to him looking older than he really is). He liked and respected Nerio because Daddio Nerio liked his music and encouraged his dance punk work. Daddio and crew also helped Darius’ self esteem a lot, helping him love his whiskers/little hairs on his chin and snout.

I know it is pretty obvious that his design is based on Mok from Rock and Rule. Doesn’t help that my voice claim for him is Mok (while singing though it is Lou Reed since Lou Reed voiced Mok during the singing parts).