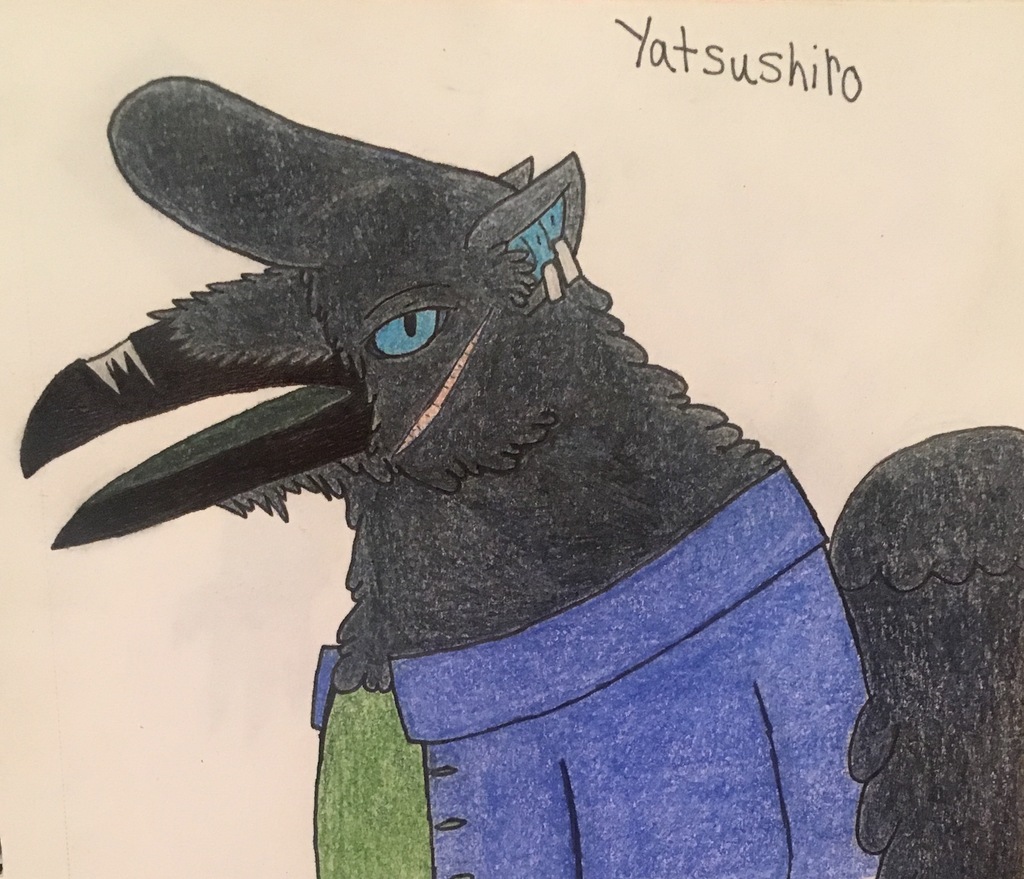 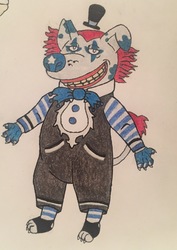 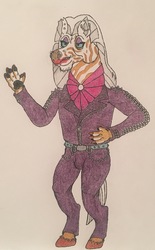 Originally posted on my art blog on August 9th, 2018
A very old art piece I did, I think back in 2016 or so. I went back and touched it up with a blender pencil and looks a bit better than it did before.

Anyway, this is Yatsushiro a crow tengu (I based his design off the Carrion Crow) who is a bit of an asshole and a delinquent. Well, he can be a nice person to be around but is very guarded since his strict upbringing most likely screwed him up (his dad is old fashion traditional authoritative parent while his mom is neutral). He gets into fights, makes various deals so he gets paid, and plays tricks on mortals if he feels like they deserve it. He uses his yokai powers for “dumb” and “insulting” things according to his dad. He can be unseen if he chooses so if someone is chasing him down they then can’t find him. Will use his wind abilities to make strong gusts of wind to make it hard to get to him or just to be a dick. Though most of the time he just uses his physical abilities when he fights, such as using his lucky metal baseball bat that he enchanted. He did play baseball when he was younger (though got kicked out when he started causing trouble). People don’t know he is a tengu, they just think he is a weird anthro crow with a mutation that caused him to have arms and to have his wings on his back. It helps he lives in America where most don’t have common knowledge of it and he takes full advantage of that. Though it is uncommon to see a spirit from a different culture in an area they are not native to but it does happen. His mom and dad were from a different world and he doesn’t really know it…yet.