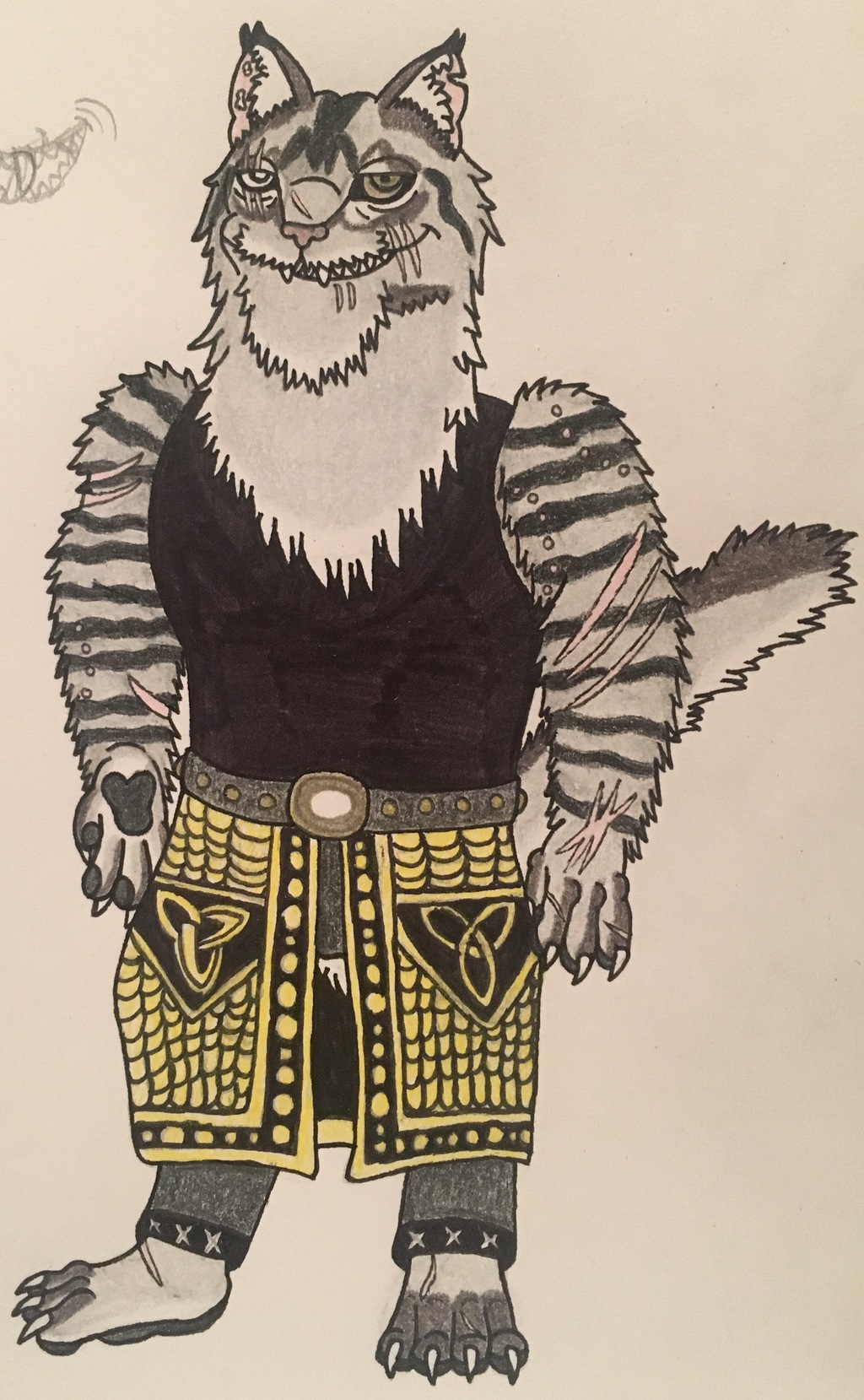 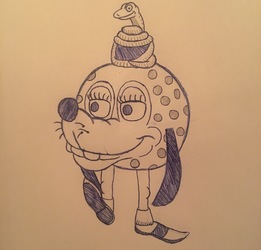 I originally posted on my art blog on June 28th, 2018
Hey guys! I haven’t been drawing as much since I have been super busy making jewelry to sell at San Diego Trans Pride (at the time when I posted it). But I was able to draw my oc Helmuth, my Maine Coon cat god. His parents were killed when he was young. He was then taken in and raised by these two old mentors who would train war/battle oriented gods. Being raised in a combat oriented environment he loved fighting and getting the chance to kill. He would challenge many to battle him and many of them would loose painfully to him. He mostly trained with his hands and when surpassing his masters they gifted him with specially made gauntlets that he still uses to this day. One of his abilities is being able to focus energy in his mouth to either shoot beams or just increase the power of his bite. Over the years he has gained many scars and lost sight in his right eye. He loves showing off his scars believing it shows strength and the number of battles one has been in. Outside of fighting he likes drinking beer, eating a ton of meat, working out, collecting weird antiques, and traveling different worlds with his partners Nibiru and Balthazar. Out of the three he has the best parental relationship with Jules and does try the hardest to understand their perspective and concerns.