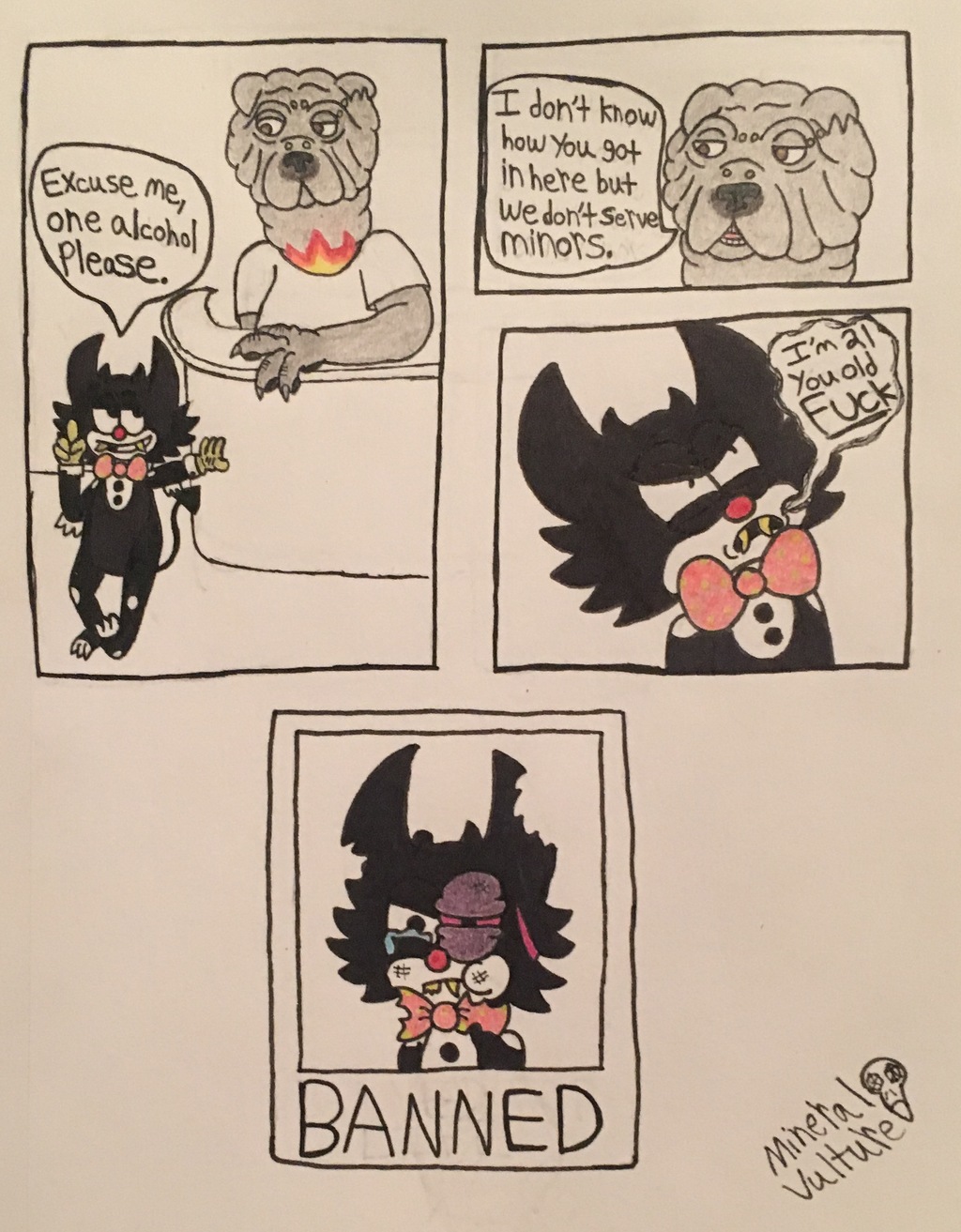 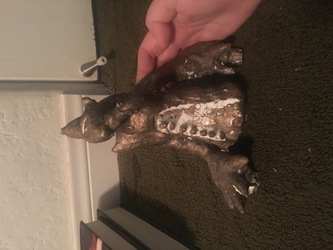 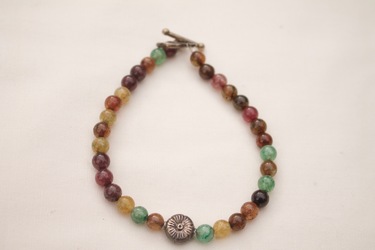 Originally posted on my art blog on January 23rd, 2018
A little comic I made about Fis being mistaken as a minor featuring my oc, Sun Yaozu. This was based on a little convo I had with thezombiedogz on twitter.

A little info on Sun Yaozu since I am still developing him. He is a Shar Pei who works as a bartender at Emerald Brewery in Shefcaster, CA. He doesn’t give a shit about much since he has seen a lot of things in his life. Fun fact, Fis has no real idea what an alcohol is besides that it is a drink.

The comic is really simple because I wanted to make it and post it as soon as I could before I forget or work on a different art piece. Also, this was the first real comic I really worked on.
https://twitter.com/TheZombieDogz