Treats Sinking In by PieMan24601 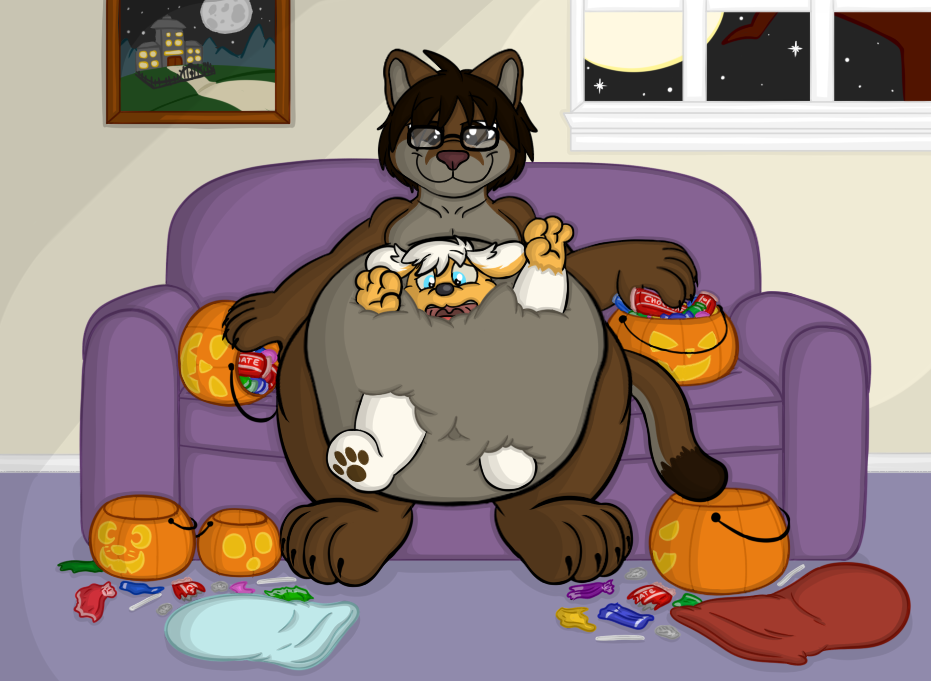 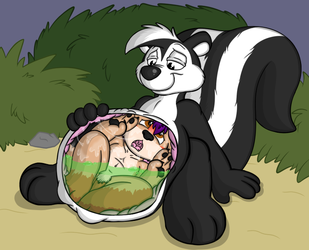 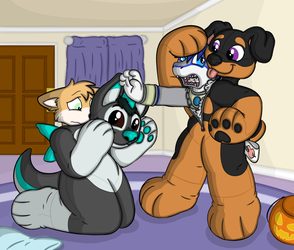 Kent was going door to door on Halloween, gathering candy happily, filling up his bucket with tasty treats! He knocked on the puma's door happily, expecting to get another handful of goodies. instead, Richard the puma thought Kent would make a lovely goodie, and crammed him inside of his pudgy gut. It felt like sinking into doughy quicksand, the more he struggled, the more he sank! Richard happily began to eat the wombles's candy as he watched him slowly sink inside him. Soon the poor trick or treater would be nothing but pudge as he sank deep inside of the predator's gut. Seems like many unfortunate furs have found their way into the puma's fat this Halloween, and by the looks of it, they're not the last!