*Just a silly fox in a big green hoodie. I draw vore a lot. *

If you like what I do, please consider supporting me on** Patreon:** https://www.patreon.com/PieMan24601

You can also make donations via Ko-fi: https://ko-fi.com/pieman

If you would like a commission, please check out my price sheet here: https://www.weasyl.com/%7Epieman24601/submissions/1643151/commission-prices

Most recent: Gomamon and his Friends 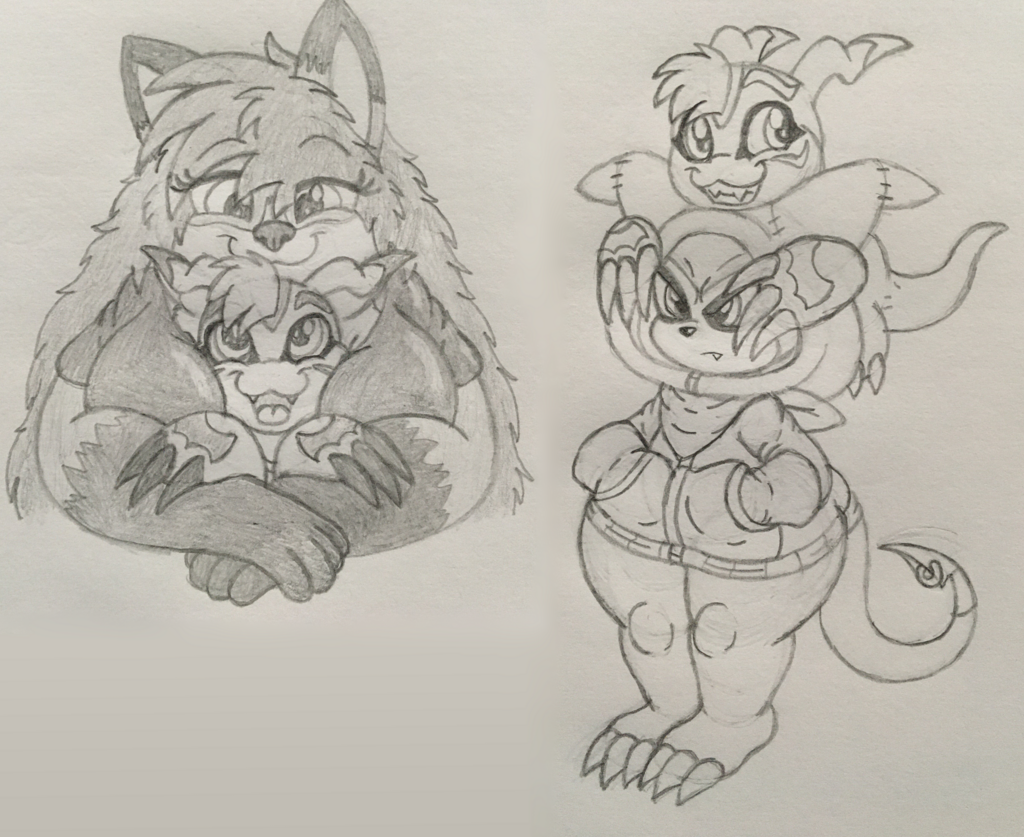 About a week or two ago, I was playing Guild Wars 2, and noticed that my screenshots were saving to a strange filepath. Instead of c:users/myname/pictures, it was saving to c:users/myname/ONEDRIVE/pictures. I was confused. I had removed Microsoft Onedrive from my PC a while ago for causing severe slowdown and other problems. Why was it still on my PC? I went into my folders and found a lingering Onedrive folder, which seemed to have duplicates of ALL my computers files on it. Having issues with space, I decided this would NOT do, and deleted the Onedrive folder.

Turns out this deleted my REAL folders without telling me. It deleted my entire documents and pictures folders. Everything was gone.

Microsoft Onedrive acts like a virus. If used at all, will insert itself into your system's root and replace your pictures folder with itself. (Thus the c:users/myname/ONEDRIVE/pictures filepath.) It basically forces your system to use Onedrive's folders without telling you. It doesn't ask permission, and it doesn't tell you it's doing this. SO if you think you're deleting a leftover Onedrive folder that has duplicates of your files, you're actually deleting your REAL files and oopsie daisy you're completely fucked.

I was devastated. Thankfully, pretty much all my art was backed up and saved, so none of that was lost. However, my games that I've been making and working on for years, were completely lost. 5+ years of work was flushed down the drain.

With help from multiple friends, (big thank yous to 77chaos77 and withania for your assistance!) I was able to recover a lot of other files, but my game stuff is just gone. The game I was making for Patreon has been lost, and I'm going to have to restart from square one.

To say I'm upset is an understatement. This has absolutely killed my creative drive, and sent my depression spiraling. I feel so very very dead inside, and I have zero desire to draw. I hate it so much, because I know I'm letting people down. This event, combined with the pandemic, has just left me so drained and miserable, I feel broken. I'm so sorry... I just... Its like a death. It's been horrible to deal with, and my brain is barely functioning...

I'm doing everything I can to make sure this doesn't happen again. I'm still going to finish and complete what I owe. It's... just probably not going to be in a timely manner... Right now I'm getting actual legit panic attacks when I try to work on some art, I have to ease back into it. My burnout is just that high. I don't say this to guilt anyone or anything like that, I say this because I want you to know whats going on, so there's no lack of communication.

I love you all so very much, and your support means the world to me... I'm so sorry I've fucked up this badly...

**TLDR: A massive computer error caused all of my documents and pictures to be deleted. I lost 5+ years of game development files, and more. I've been unable to stream or do much else because of this, and my depression/burnout is at an all time high. **

I'm going to try and recover from this... It's just going to take me some time... Thank you for your patience with me. I love you all dearly <3