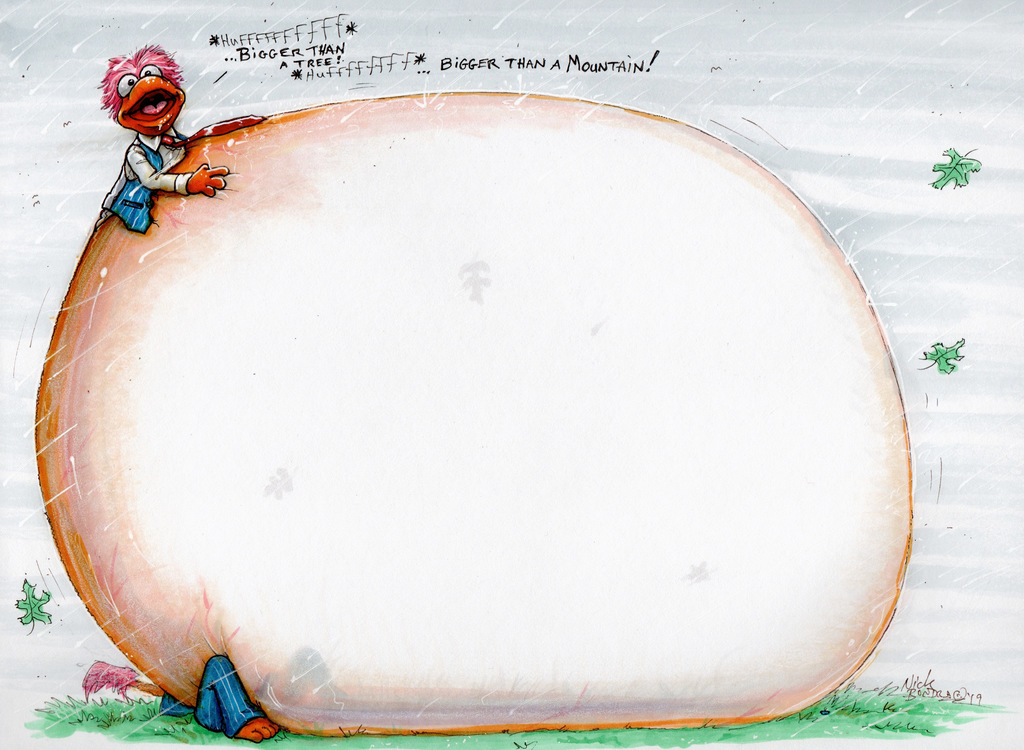 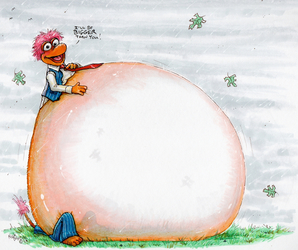 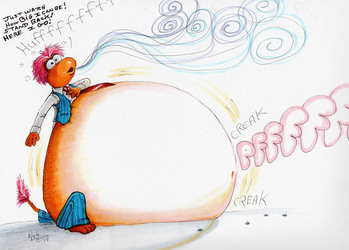 " Bigger! " Gobo thought, " I can be bigger! " Already, he'd puffed himself up so big that his legs and tail were practically consumed by his drum-tight balloon belly. The buttons on his suit vest must have popped off somewhere along the process, he'd probably never find them again. The wind was whipping his hair and the rain was splattering loudly against the tight skin of his belly. His necktie was spread out in front of him, plastered by the rain to the enormous balloon that his belly had become. For a slight moment, Gobo noticed that the skin of his belly was almost transparent and that he could almost make out the grass underneath his now, massive form. " I'm amazing! " he thought as he drew in more air. Was there even anyone out here to witness his grandeur? Why, he didn't need an audience! He was becoming so big that they'd see him soon enough! So, Gobo puffed himself up again and again! The skin of his belly stretched and squeaked like a latex balloon! PUFFFFFFFFFFFF! " I'm bigger than a tree! " he exclaimed into the storm. PUFFFFFFFFF! " I'm bigger than a mountain! " He had become so big and was so proud! He took a large breath and puffed up again. He raised his arms in triumph, through back his head and exclaimed to all that is, " I'M BIGGER THAN THE WORRRRRLD! " Just then, before he even had any inkling what had happened, he burst like the overblown balloon he'd become, scraps of himself scattering all over the rain-soaked field of which, moments before, his once tiny body sat. No one ever saw him again. The end. * FAP FAP FAP FAP *