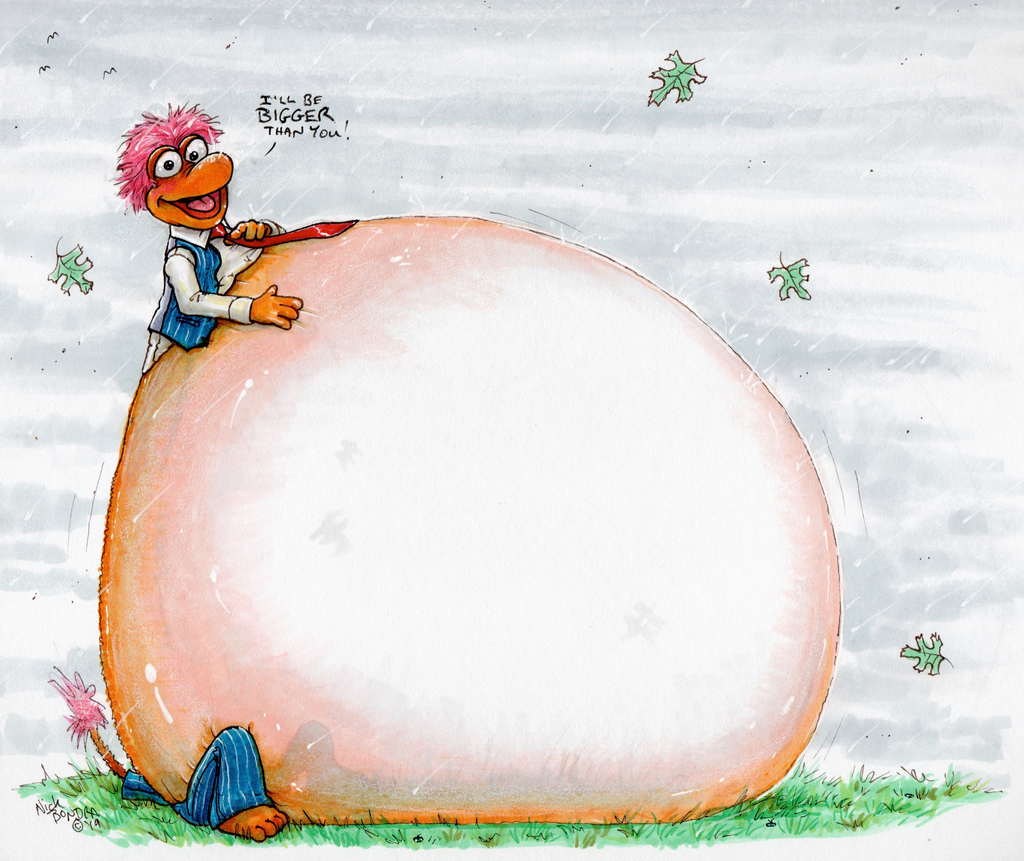 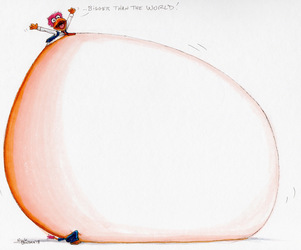 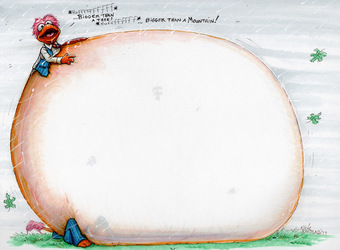 Here's UKGobo ( not to be confused with the sane, normal Gobo ). It started raining while I was drawing this so... there's rain. ( It only started to rain in the drawing, it's actually sunny today with a bunch of melting snow in these parts ). He's burst out of his vest again. I dunno where he gets those things. He's going clear too. :D

I could say that it kinda sucks that not many people will give a crap about this pic but I know I have no control over what other people do & think. I guess I could vent about how some folk think I should draw something different ( which, for some reason, just means draw what other people draw (( YES! That IS what you people are really saying when you give me " inspirational tips "... so, you can stop doing that! )) but, I know better. ( And I say that in a matter-of-fact way, not some sort of self deprecating, asshole-ish way ).

Anyway, I just like this sort of thing. It's what I inadvertently created over the span of my years in this physical form and I've grown to ... enjoy it... just as long as I don't concern myself with the proverbial peanut gallery. I like self-inflicted, clueless-to-the-consequences, inflating-one's-belly-like-a-balloon-until-it-pops-just-to-appear-biggest sorts of inflation. And I wanna see Gobo blow himself up as he is in this scribble. This Gobo though, not the real one. I want him to ... umm... well... we'll just stop there on that subject for now.

So, thanks to whoever it is out there that likes my art, views my weird art 100s of times ( even though you never say anything to me about it ), and faves my art. Art is kind of a strong word for all this but I dunno what else to call it. :D