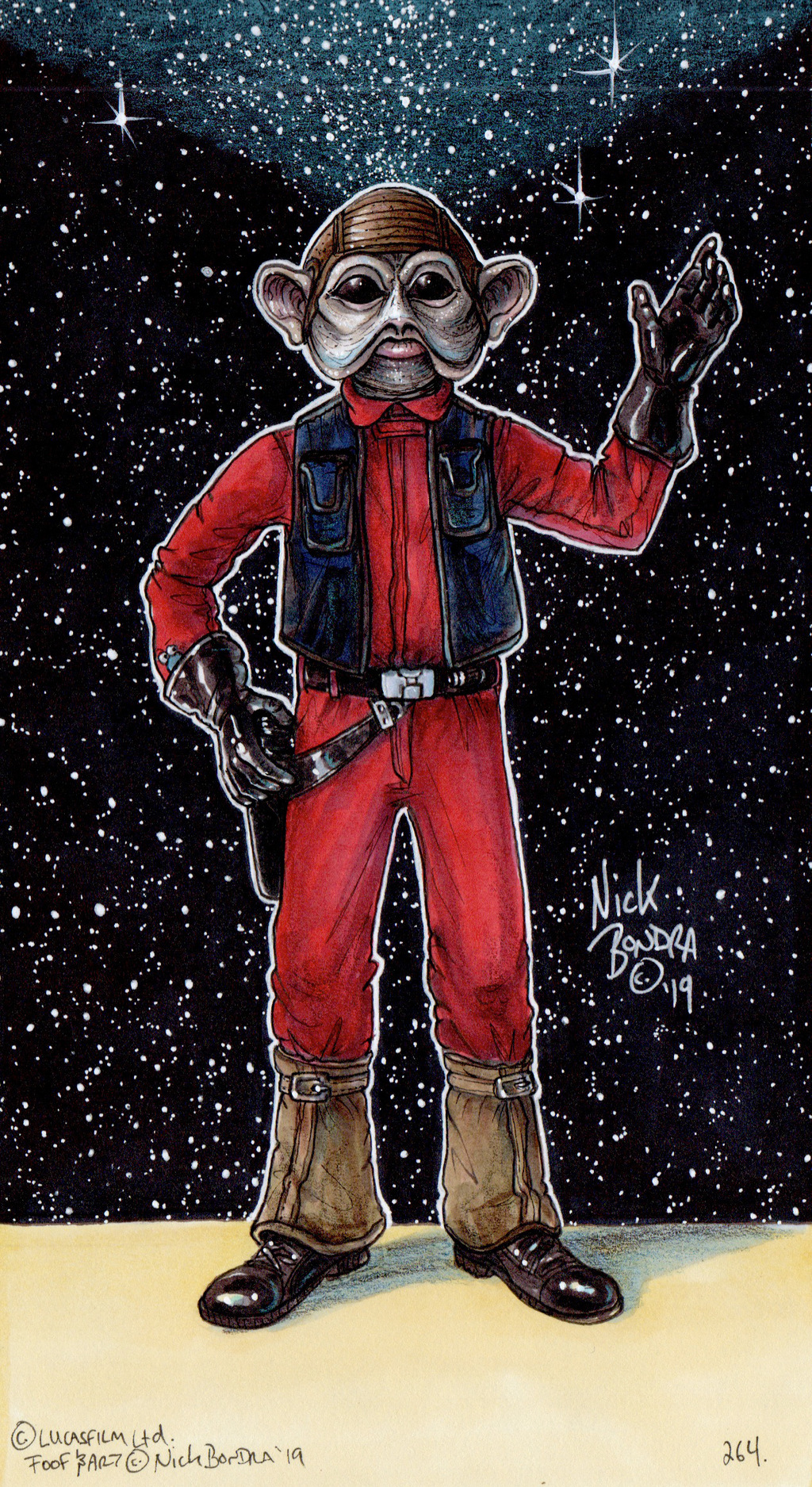 Here's Lando's Millennium Falcon co-pilot from " Star Wars, Return of the Jedi ", Nien Nunb. Mike Quinn, the guy who performed the puppet version of Nien Nunb, also portrays him in the sequel movies. He also portrayed Gobo & Traveling Matt Fraggle in some of the UK segments of " Fraggle Rock ", which is a win in my book and... well... in everything else too. It's the epitome of win/win. :D I got my first Nien Nunb action figure via a " send-away " back before " Jedi " hit theaters. 5 proofs of purchase... or was it 4? GAH! It's still hard for me to call him Nien Nunb. I called him Nien NUMB for the longest time. I'm such a nerd. * sobs *