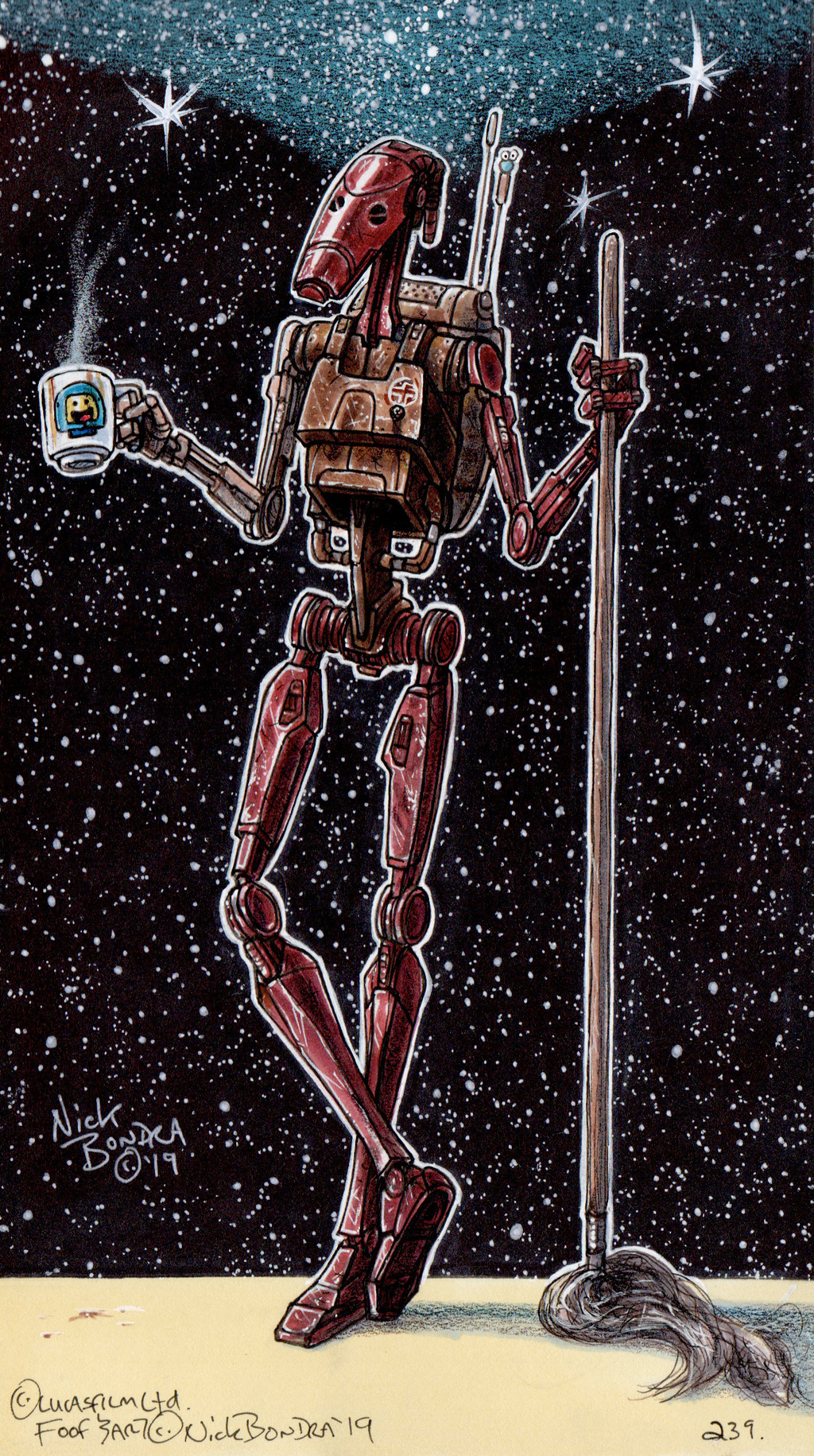 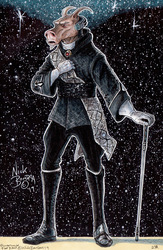 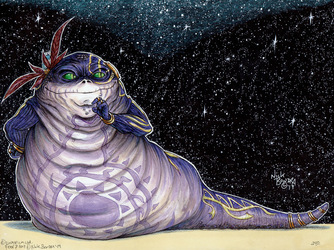 This is R0-GR a.k.a. Roger, a mismatched battle droid who began life in the Lego series, " The Freemaker Adventures ". I was hoping to be the first person of the trillions on this planet to draw a non-Lego version of him but Lucasfilm seems to have beat me to it. So, I'll have to settle with being the 4th or 5th. I dunno much about him but he seems to be often shown with a coffee mug, mop and/or a tray of cookies.

P.S. Once again, if you don't like Star Wars, Disney, Lucasfilm or think Mickey Mouse raped your childhood, don't tell me. Tell Twitter. There are dozens of people there who won't care either. ;-)