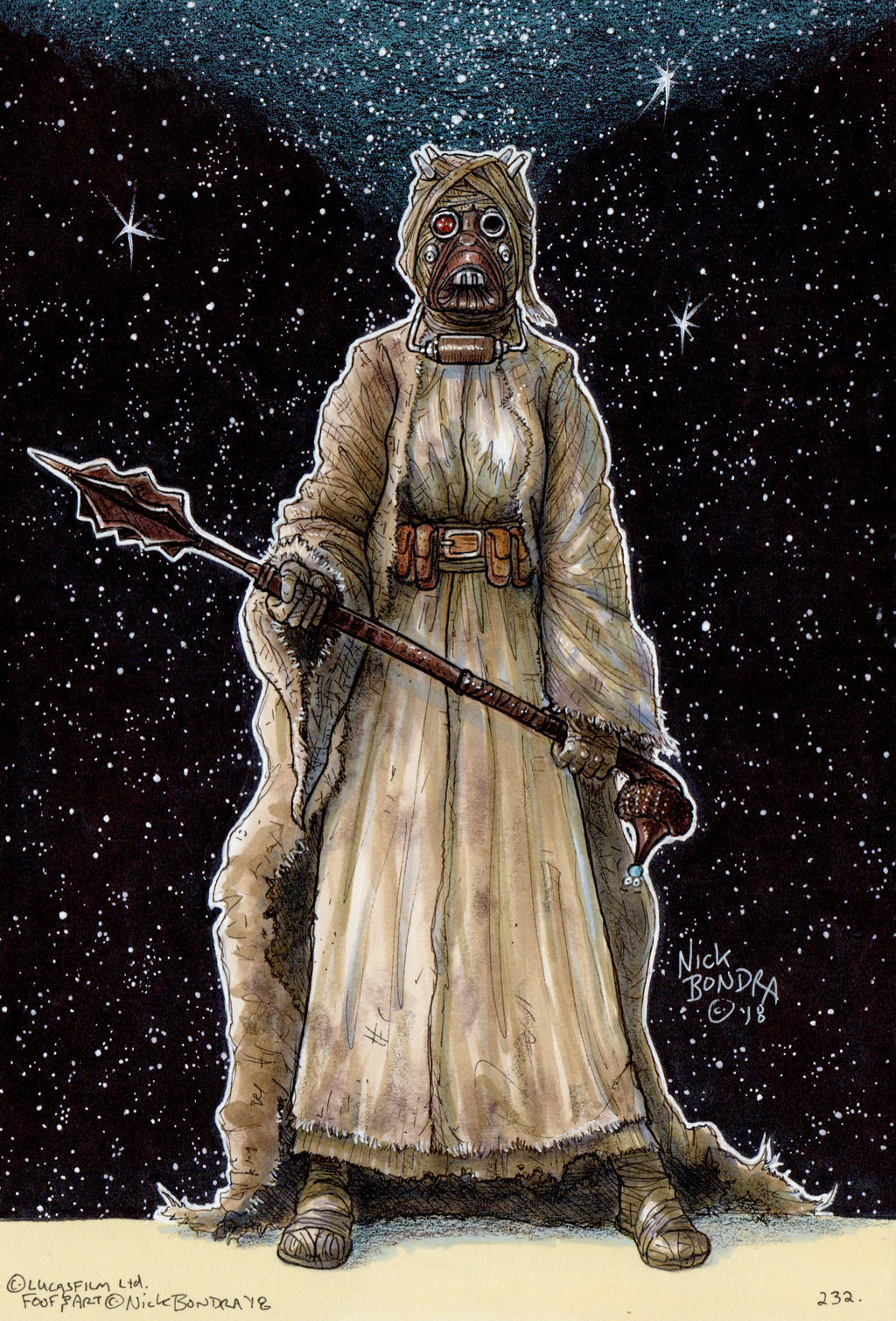 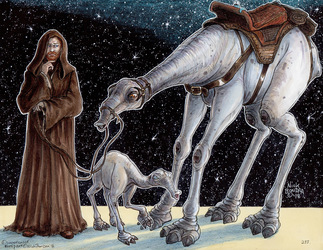 This is a Tusken Raider named A'Yark, formerly known as K'Yark and also known as " Plug-eye " by the red neck population of Tatooine. ( " Plug-eye " refers to the red gemstone in her eye socket-thing ). This character is featured in the book " Kenobi " by John Jackson Miller. It's a grand read! Check it out at your local library NOW! * cue Reading Rainbow theme followed by kids' reviews of the book *