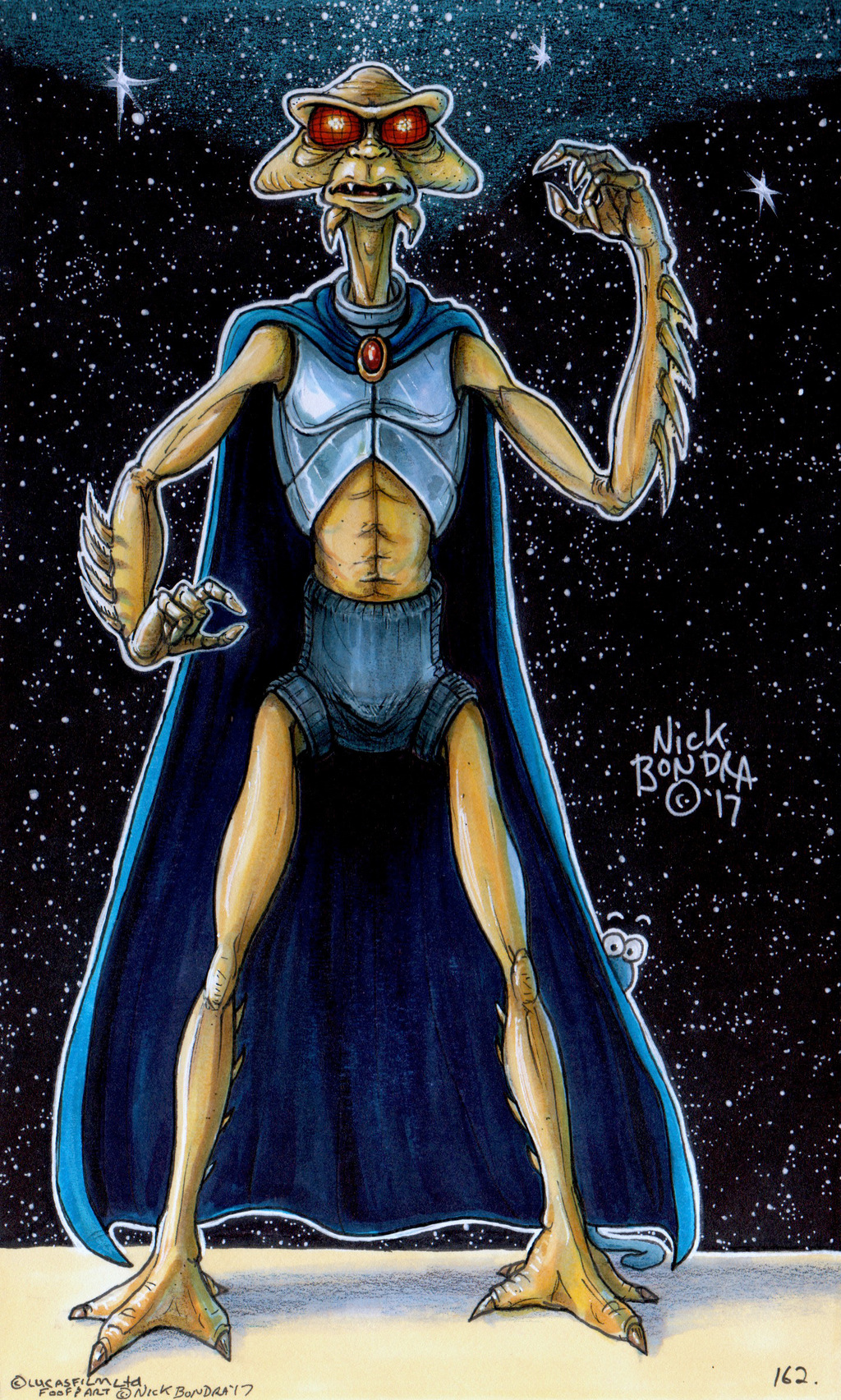 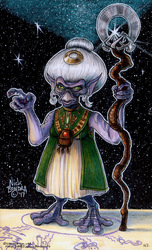 This is Gaff, a character from the " Star Wars, Droids " cartoon from the mid-1980s. The show was kinda ... umm... uhh... okay but, I always thought he was sort of amusing. Wookieepedia says he's a kobok and he has a third eye on the back of his head ( I did draw the third eye but it's on the back of his head...so... yeah ). The " Droids " cartoon only lasted one season ( which I think aired in 1985 ), and was comprised of 3 separate story arcs involving C-3PO & R2-D2. Gaff was part of the third arc which was sort of the weakest one IMHO but I can't say for sure because the " Droids " DVD I own only has most of the second & third story arcs. ( I was always partial to the second one ). Fun fact, the Gaff action figure is among the un-released figures from the original Kenner Star Wars action figure line and only a few samples of this figure exist. I do recall that at one point, a Gaff figure was awarded as a prize for some sort of contest. Maybe YOU were the winner! * points at you ... then glares at you *