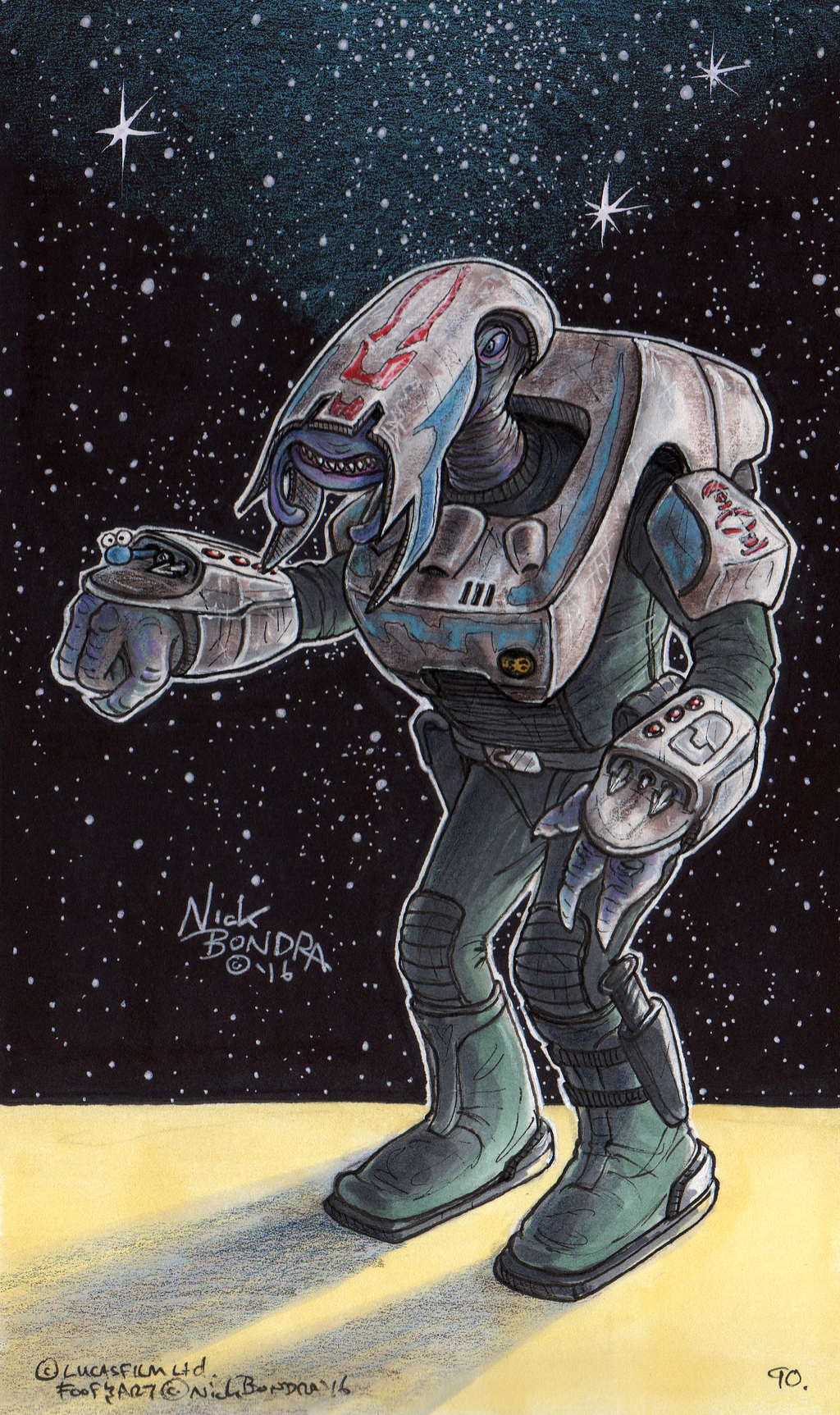 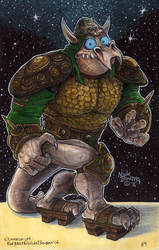 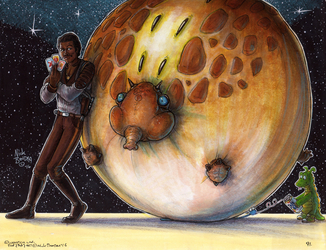 Here's Chata Hyoki from the CG " Star Wars, The Clone Wars " cartoon. He and another bounty hunter, Robonino, were hired by Count Dooku to take Padme Amidala & Bail Organa out of the picture. I've always thought this guy was neat... and goofy. I wish they made an action figure of him, ( I'd buy 3 ). While in hot pursuit, he shot a grappling hook cable out of his wrist gauntlet and hooked himself to Padme's speeder bike and was then dragged along behind her, bonking his head against many-a-signpost on Coruscant... which is prolly why he wears that helmet/ face-plate deal on his head. I had no idea how he could see even without the helmet because the front of his face blocks his vision but he lowers his head to see in front of him. ( I had to re-watch the episode ). He's also prolly the only being in that galaxy who wore his own toilet. Actually, it's some sort of rocket pack/humidifier as he's some sort of aquatic whatchamacallit & needs to remain moist. Actually he's called a selkath but you won't need that for the test... extra credit maybe.